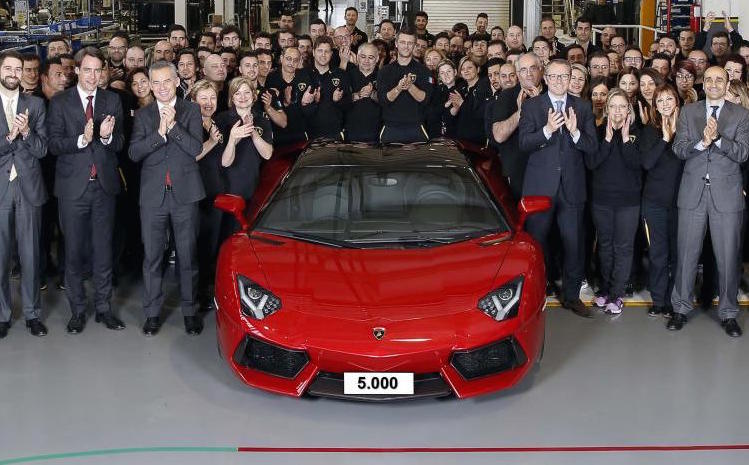 The 5000th Lamborghini Aventador rolled off the production line at the company’s headquarters in Bologna last week, making it significantly more popular than the Murcielago predecessor.

It took Lamborghini just 4.5 years to hit the milestone, meanwhile, the Murcielago, which was produced between 2001 and 2010, only hit 4099 units in its entire 9-year stint.

The celebratory model was a Rosso Bia red Roadster version, which will go out to its lucky buyer in the Italian market. It rolled off the line on March 22, accompanied by special celebrations for company team members.

Taking part in the celebrations was the new boss of Lamborghini, Stefano Domenicali. He replaced Stephan Winkelmann earlier this year, and was the former team principal at Scuderia Ferrari F1.

Considering the Murcielago was in production for almost 10 years, we’d assume there is still another five or so years left in the Aventador. This means we could expect a facelifted model and even a few more special editions before production comes to an end.

To refresh your memory, the regular Aventador is powered 6.5-litre naturally aspirated V12 engine producing 515kW of power and 690Nm of torque. Acceleration from 0-100km/h takes just 2.9 seconds, with 0-200km/h coming up in 8.9 second. Head over to our full review and performance video for more.