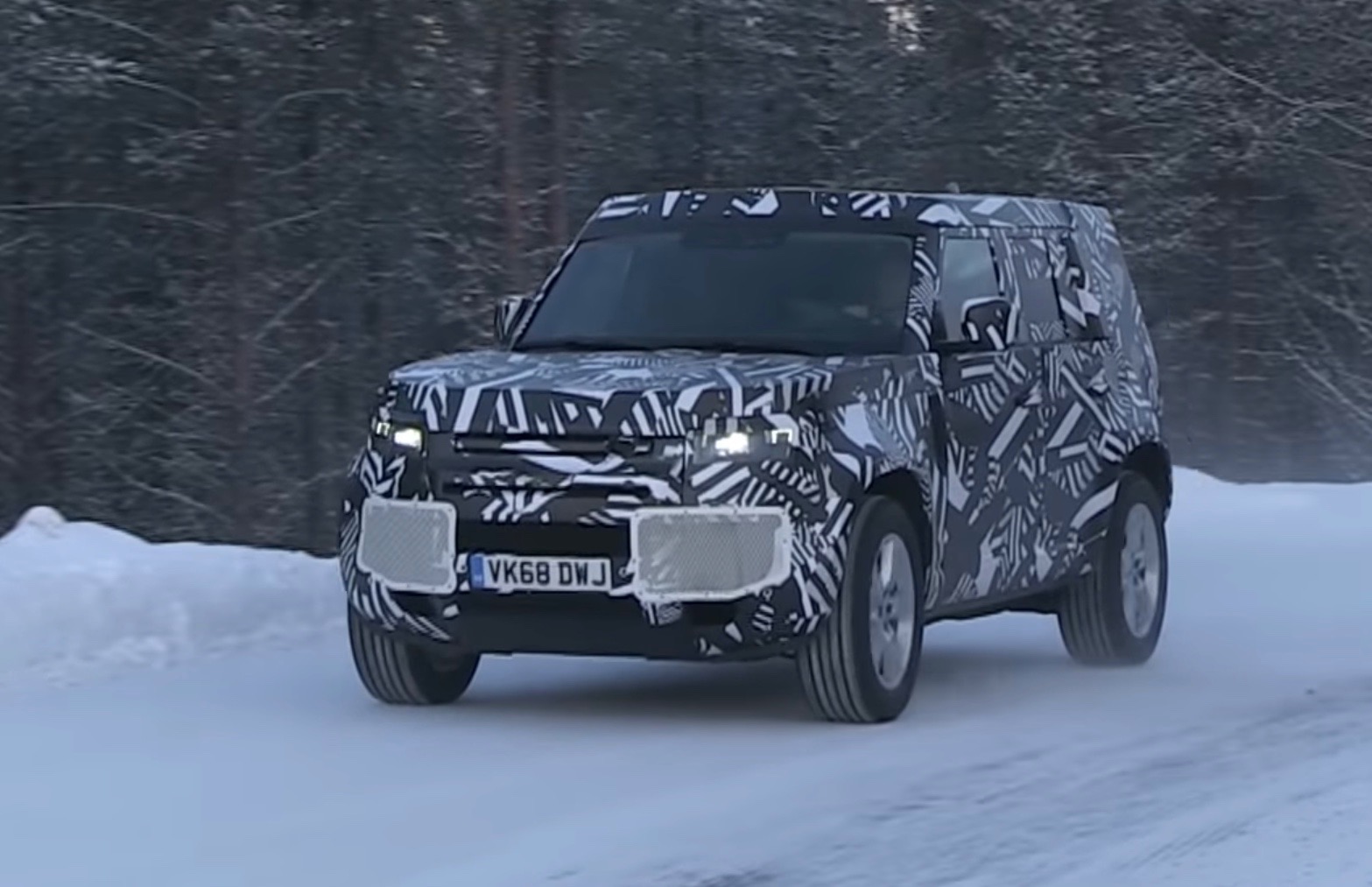 Land Rover has been spotted test driving a prototype version of the next-gen 2020 Land Rover Defender, up in the freezing conditions in Sweden. Thanks to the spy video, we get a good look at the boxy shape. 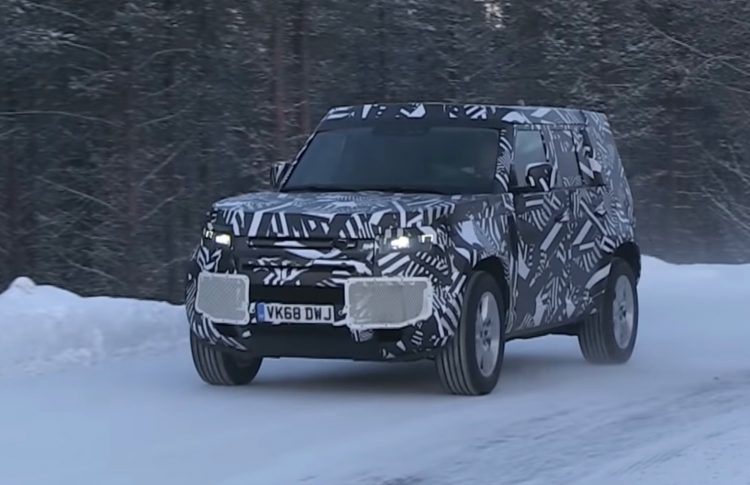 The Defender has always been renowned for its sheer ruggedness, and its iconic shape. But for the next model Land Rover is set to apply a fresh body design. With this prototype you can see the curvature of the windscreen, which is quite different to the old flat design. And you can just make out the modern headlights and sloped grille which could adopt a similar theme as the new Discovery.

Although the bonnet might look very squared off, we suspect there is a makeshift panel covering the real identity of its shape. We don’t think it’ll be quite that boxy. The same can probably be said for the roof which also looks like it’s wearing some kind of camouflage panelling.

Around at the back is a straight-cut tailgate, but, more interestingly, check out that departure angle. There is almost zero body overhang at the rear. It must be said the front overhang is also very short, which will no doubt help the nameplate continue its off-road legacy. 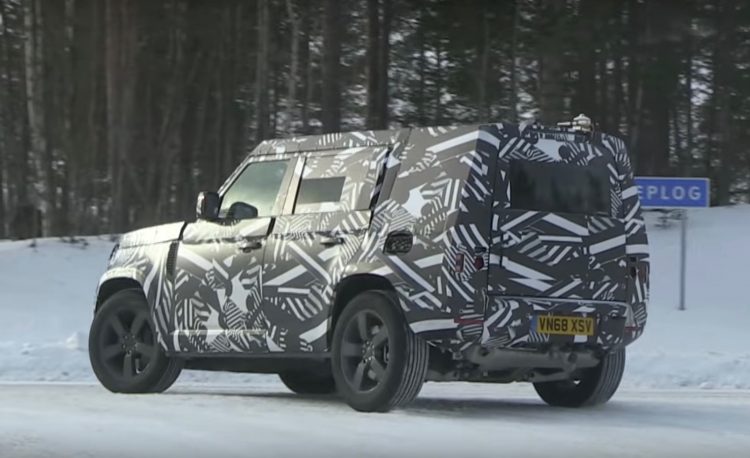 No specifications or technical details have been officially confirmed yet. Punters speculate a range of 2.0-litre turbo four-cylinder petrol and diesel engines being on the table, from JLR’s Ingenium family. This could mean the Defender might come with a diesel engine that produces over 100kW for the first time ever – the last Defender in Australia came with a 2.2-litre turbo-diesel that produced just 90kW/360Nm.

According to some reports the new Defender will switch from a rugged live axle front and rear suspension setup and instead jump to a more modern independent arrangement at the front and rear. This could upset some traditionalists, if true, but we’re sure Land Rover engineers will be keen to ensure it lives up to the heritage.

In fact, Land Rover has already sent out a bold promise. Kim McCullough, vice president of marketing at JLR North America, spoke of the next-gen model earlier this year, saying:

“We’re going to make sure that the next-generation Defender is the most capable, durable yet…”

The last Defender went out of production in 2016. This new model is set to arrive in 2020 some time, with a concept version potentially on the way for later this year. Click play below to see how she performs on the snow and ice.