It seems Audi has filed a trade mark application at the European Intellectual Property Office for the name “R8 Green Hell”, suggesting there could be a special edition on the horizon for the mid-engine supercar. 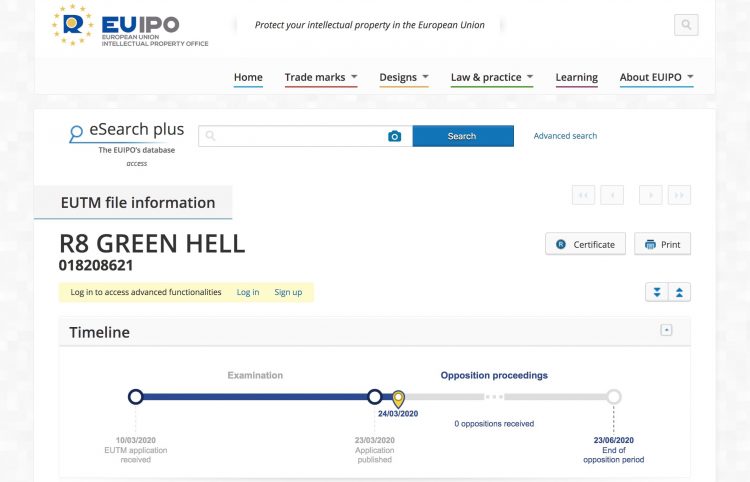 The trade mark was filled by Audi AG under class 12, which is for vehicles, parts and fittings of vehicles, and apparatus for locomotion by land, air or water. It was filled on March 10 and published on March 23, and is currently in the opposition period until June 23, unless oppositions arise.

So, what do we know about a possible Audi R8 Green Hell? Not much, actually. But there are some clues to piece together. Firstly, Green Hell is a nickname for the Nurburgring, the north loop in particular. This could suggest Audi is planning a special version of the R8 to tackle the notoriously punishing German circuit.

It could also suggest a hardcore version that’s serious enough to try and claim the record at the track for a production car. At the moment the record is 6:44, held by the Lamborghini Aventador SVJ. For the Audi R8 to beat that it would need to go on an extreme diet and the engine would have to go on an extreme fitness program.

The last, hardest-core R8 variant on sale in Australia was the R8 V10 Plus, which featured a 449kW V10 that could propel the supercar from 0-100km/h in a claimed 3.2 seconds. There is also the R8 Performance variant overseas that develops 456kW. However, as you can probably imagine, neither of these would be serious enough to take the Nurburgring record. Even with the full catalogue of Audi’s performance parts options (shown below). 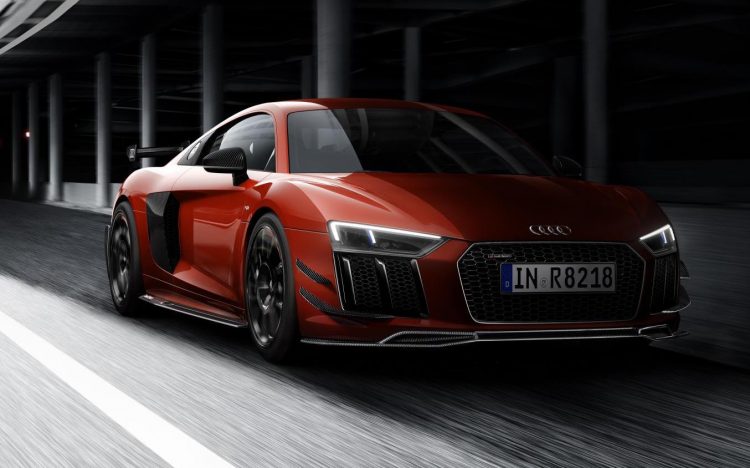 Since the R8 and the Lamborghini Huracan share many fundamental components, the Huracan EVO’s 470kW tune could be wedged in. Pair that with a sizeable diet of at least 150kg, chuck in some crazy aero parts with active surfaces, and you might be on your way to at least a cracking lap time. A record, though, we’re not so convinced.

This could be great timing for a special edition or some sort of new flagship model as the R8 is getting very near the end of its production lifecycle. Perhaps Audi is planning a nice send-off before the all-new model arrives? The next model is likely to feature an electric-only powertrain.

Of course, the other just-as-probable possibility is that Audi has simply applied a trade mark to protect it from anybody else wishing to buy the rights to it. This does happen in the industry quite a bit. We will have to wait and see.