Ford and Shelby have pulled the wraps of the new 2013 Ford Mustang GT350. The updated model features interior and exterior revisions, and an optional supercharged V8 engine. 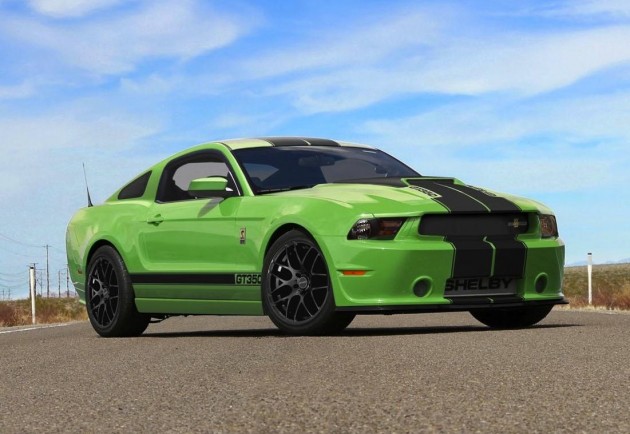 Power comes from a 5.0-litre naturally aspirated V8 engine producing 321kW of power, while an optional supercharger kit is available boosting power up to 391kW. The engine is matched up to a six-speed manual transmission, with the option of a six-speed automatic for the standard 321kW version.

“The Shelby GT350’s rich history is well-documented. People who value that heritage asked us to repeat Shelby history with new options this year. We did that and stayed true to our commitment for performance with a no-comprise car that honors Carroll Shelby and our past.”

Available in the US, the 2013 Ford Mustang price starts at US$26,995 for the naturally aspirated version or US$33,995 for the supercharged version.