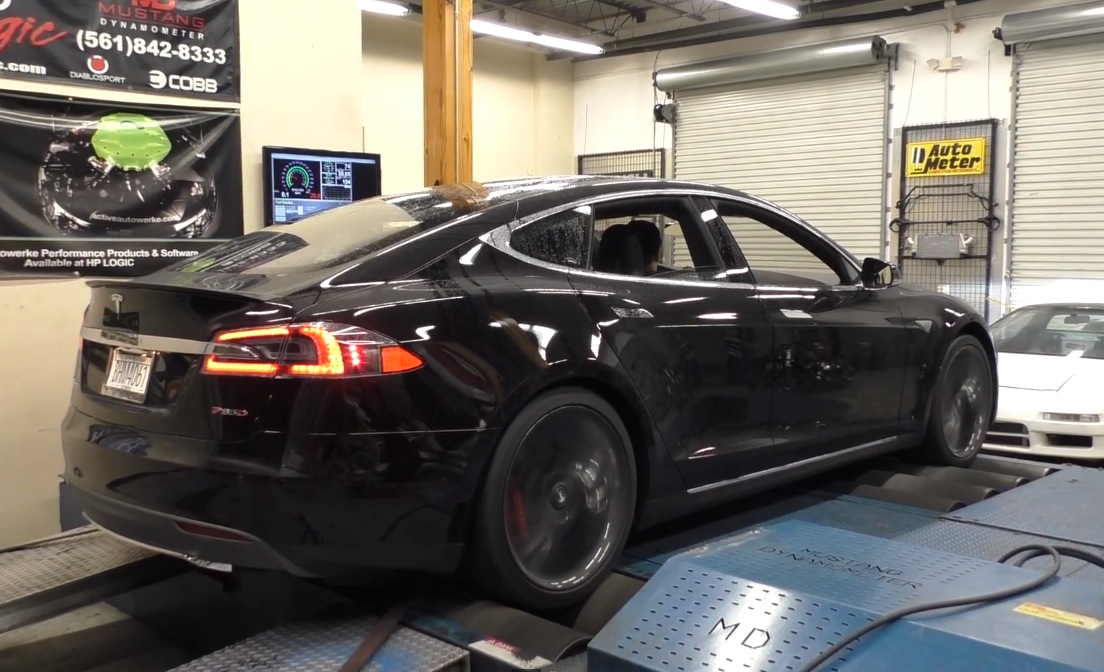 The new Tesla Model S P85D, arriving in Australia in mid-2015, is the quickest production sedan in the world. Like us, you might have wondered what sort of numbers it dishes out on a dyno. DragTimes recently strapped an example to a rolling road to find out. 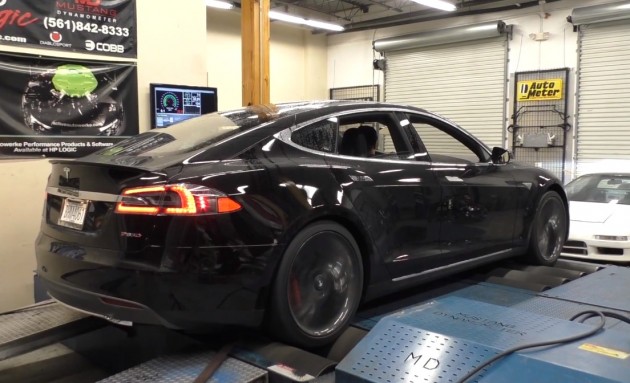 In standard form the new P85D comes with two electric motors powering both the front and rear wheels. Overall output is rated at a bonkers 515kW, resulting in 0-100km/h times of just 3.4 seconds. This is quicker than any other production sedan in the world right now.

On the dyno the Model S P85D produced a whopping 1170Nm of torque and 308kW of power at the wheels. The performance was so abrupt and immense that it actually spun the wheels on the dyno on the first couple of runs. Usually wheelspin on a dyno is only an occurrence with extreme high-powered cars that have extensive aftermarket tuning.

The issue, although it’s not really an ‘issue’, is down to the way electric cars deliver their power and torque; it’s all instant. Unlike a combustion engine (petrol/diesel/LPG), electric motors don’t need to rev to build up power. Electric motors are activated like a light switch. Depressing the throttle to the floor results in immediate maximum output.

According to reports Tesla is working on a technology update for the Model S, like what was introduced for the Roadster 3.0. Top speed will apparently be lifted from 210km/h to 250km/h. Acceleration performance is also expected to be improved to make it even more astonishing. We’ll keep you updated in any case.

Head over to our on sale in Australia report for more details on the Model S, including prices and local release dates. Click play below to see the dyno runs.