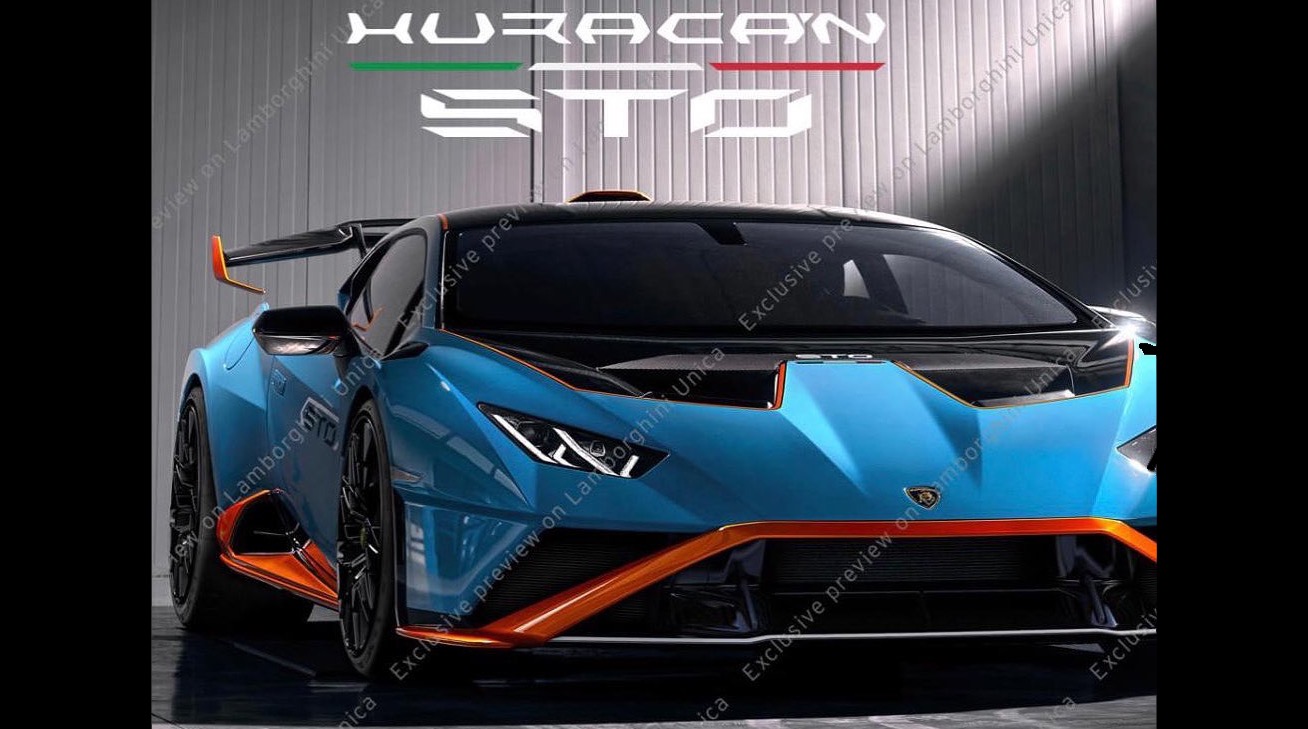 An image of the incredible Lamborghini Huracan STO has leaked online, giving us an early preview of the road-going track car ahead of its official debut, happening tomorrow (local time). 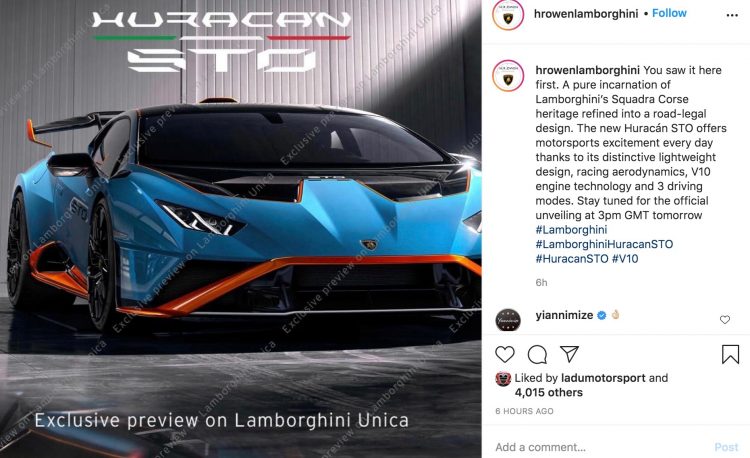 The Huracan STO is set to come in as a full-on track-ready monster that also happens to be road legal. Even the name suggests that, which stands for Super Trofeo Omologato (or homologated super trophy). And, well, just check it out. It’s the craziest Lambo V10 we’ve seen since the Sesto Elemento back in 2010.

This image apparently comes from the Lamborghini Unica app, which is a special invite-only service provided to clients. A Lamborghini dealership in the UK, called HR Owen, posted on Instagram what looks to be a screen grab of a preview sent through this Unica app.

At the front is a much deeper and wider intake system than the regular Huracan, with a low splitter running across, while the bonnet appears to feature some unique vents. These are likely extraction vents rather than intake ducts, with air scooped up at the nose and released through these bonnet openings.

Not only would this create downforce, there’s likely some kind of radiator or oil cooler sitting in the middle. This kind of setup is usually commonplace in motorsport. Also from motorsport, check out the roof scoop in the middle. The angle of this preview photo doesn’t show much, but you can clearly see something is there. This would feed air directly into the V10 engine.

And then perhaps the most obvious enhancement is the massive rear wing. It stands high on two struts, with winglets at each end and quite an aggressive lip profile on the main plane. Needless to say, the Huracan STO should offer very serious downforce on the track.

Details regarding the engine are still under wraps, but it’s understood it will use the same 5.2-litre naturally aspirated V10 found in the EVO. In that the unit produces 470kW. However, unlike the regular EVO, the STO could be rear-wheel drive for a purer driving experience. We’ll have to wait and see. The covers officially come off at 3pm GMT (2am AEDT).