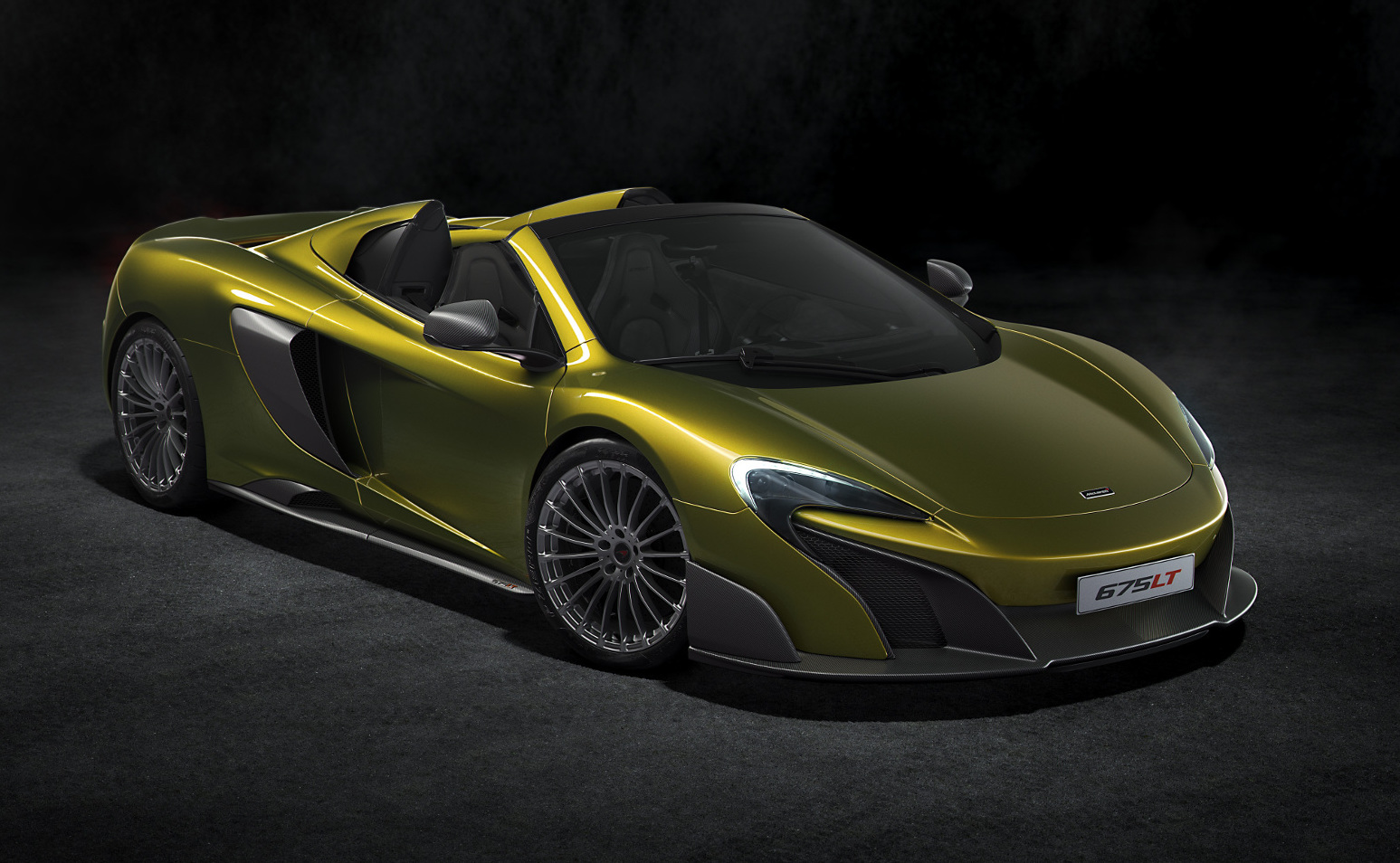 Following the debut of the McLaren 675LT supercar earlier this year, the British company has now unveiled the drop-top Spider version. 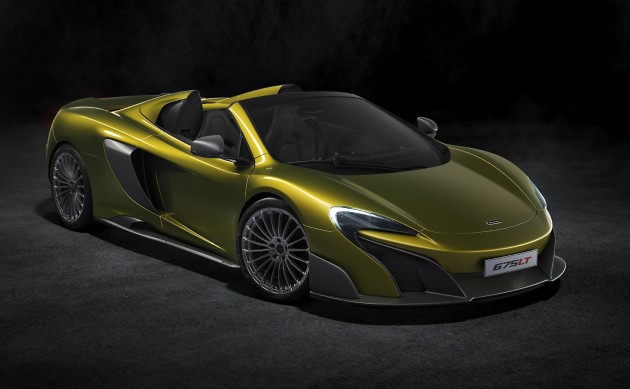 The 675LT sits at the top of Super Series lineup, featuring plenty of lightweight components that overall help it shave 100kg over the regular 650S. In Spider form, dry weight is just 1270kg – 40kg heavier than the coupe.

In the engine compartment sits a 3.8-litre twin-turbo V8 churning out 497kW of power and 700Nm of torque (675PS). It’s connected up to seven-speed dual-clutch transmission with rear-wheel drive.

Also helping with handling are a set of 19-inch front and 20-inch rear ultra-lightweight forged alloy wheels. These are wrapped in Pirelli P Zero Trofeo R tyres, which were developed specially for the 675LT by Pirelli. 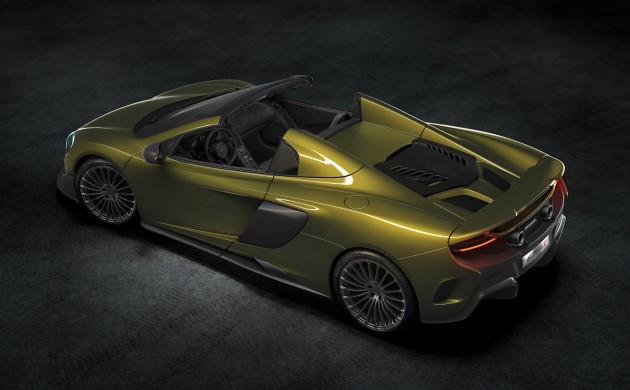 For the interior McLaren has dressed most of the furniture in Alcantara with lots of naked carbon fibre around the place. The seats are made from carbon, saving 15kg. Air-conditioning is optional but it does add 16kg to the car’s weight. A four-speaker Meridian sound system is standard.

Just 500 examples of the 675LT Spider are going to be made, with customer deliveries scheduled to commence midway through 2016. Australian prices will be revealed closer to its official launch.