Subaru has given us an early preview of a Subaru Advanced Tourer Concept it plans on unveiling at the 2011 Tokyo Motor Show later this month. The concept will be on show alongside the hot new Subaru BRZ. 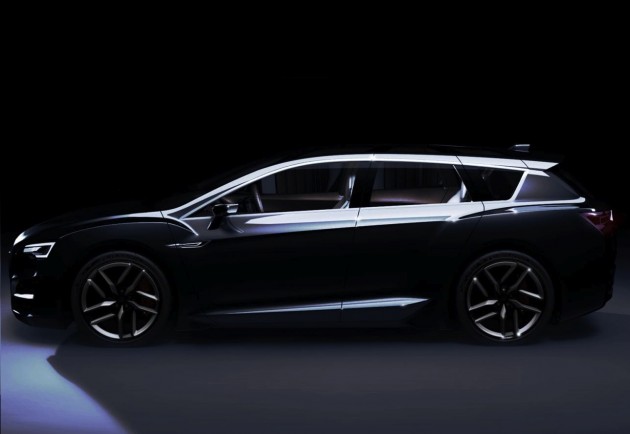 The Subaru Advanced Tourer Concept is a new, solid-looking concept that could preview design elements of a future Subary Liberty model. It features a large glass roof for that ultimate open-air environment, and chunky high-waistline wheel arches.

Interestingly, it also features a monitor built into the steering wheel (no images released yet). Subaru says this will provide a display for things like satellite navigation maps, television, and the internet. 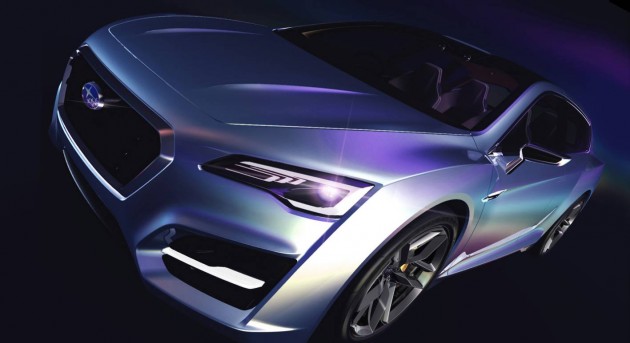 Under the bonnet, the Subaru Advanced Tourer Concept is powered by a hybrid electric motor system paired with a 1.6-litre turbocharged four-cylinder engine with direct injection. The system provides the option of a full EV (electric vehicle) mode, which consumes no petrol at all. However, this is for slower speeds only.

The wagon concept will use Subaru’s famous constant all-wheel drive system matched to a new Lineartronic™ Continuously Variable Transmission (CVT). The drivetrain is also linked up to a regenerative braking system that restores electrical energy when decelerating.

Subaru hasn’t mentioned any further details about a possible Australian introduction of the Subaru BRZ. The company has provided some details though, confirming that the sports coupe will come with an optional E-6AT six-speed automatic transmission. Other Subaru BRZ details include:

We’ll be sure to keep you up to date on plenty of coverage of the 2011 Tokyo Motor Show, starting November 30, as well as any other early previews. What do you think of this new wagon in the meantime?