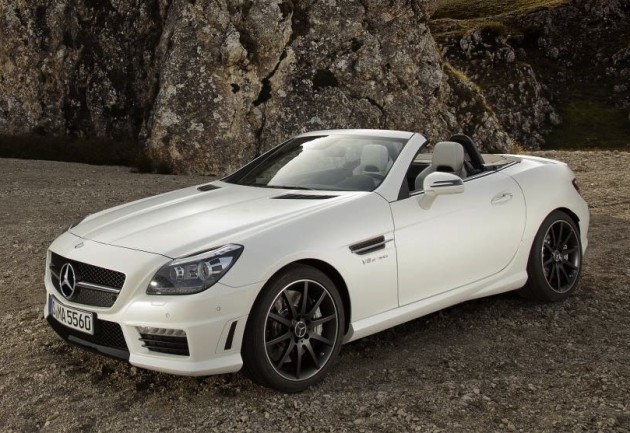 The Mercedes-Benz SLK 55 AMG is the most powerful SLK in the lineup. It features a 5.4-litre (5439cc) naturally aspirated V8 producing 310kW of power and 540Nm of torque. Remarkably, despite having a stonking engine under the bonnet, the SLK 55 AMG has an average fuel consumption rating of just 8.5L/100km (a base model Toyota Camry is rated at 8.9L/100km).

With an emissions output of 197g of CO2/km, Mercedes-Benz also claims it is the most environmentally friendly V8 roadster currently on sale in Australia. Pricing starts at $155,000, or $24,360 cheaper than the previous-generation model.

If excellent fuel efficiency is what you’re after though, the new Mercedes-Benz SLK 250 BlueEFFICIENY should fit the bill. It comes with a 1.8-litre turbocharged four-cylinder engine producing 150kW of power and 310Nm of torque. Fuel consumption is rated at just 7.0L/100km, while emissions are rated at 163g of CO2/km.

(All prices are Manufacturer’s List Prices, not including on-road costs.)