Official images of the new Mercedes-Benz CLA 45 AMG have been leaked online before the performance four-door coupe’s unveiling at the New York Auto Show later this month. This is the first time the new model has been seen in complete detail. 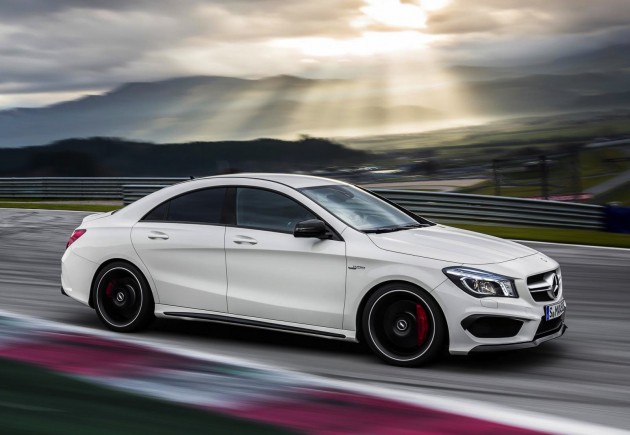 The CLA 45 is the performance iteration of the CLA-Class, which has just launched overseas. The entire powertrain package is borrowed from the cracking new A 45 AMG A-Class, including its 2.0-litre turbocharged four-cylinder engine. 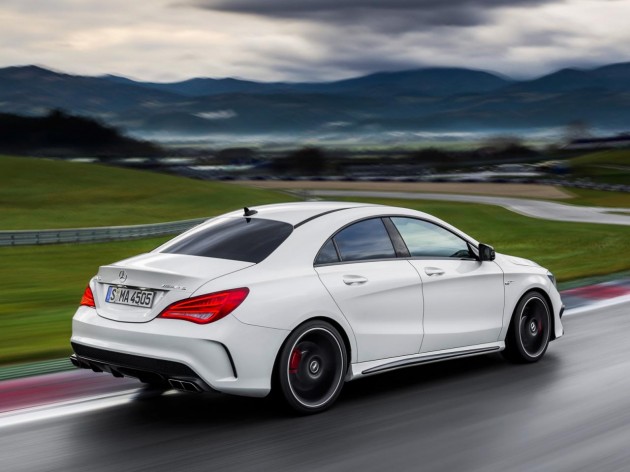 The sleek sedan/coupe will come with the same all-wheel drive system as the A 45, as well as the seven-speed dual-clutch automatic transmission.

Inside and out, the AMG CLA features various performance-oriented highlights. There’s a full bodykit with front and rear spoilers, as you would expect, as well as a chunky rear diffuser with the traditional quad-outlet exhaust layout.

The new model is expected to arrive in Australia soon after the A 45 AMG launches in October. Prices are yet to be announced, but as a guide, the A 45 AMG is priced from $74,900.