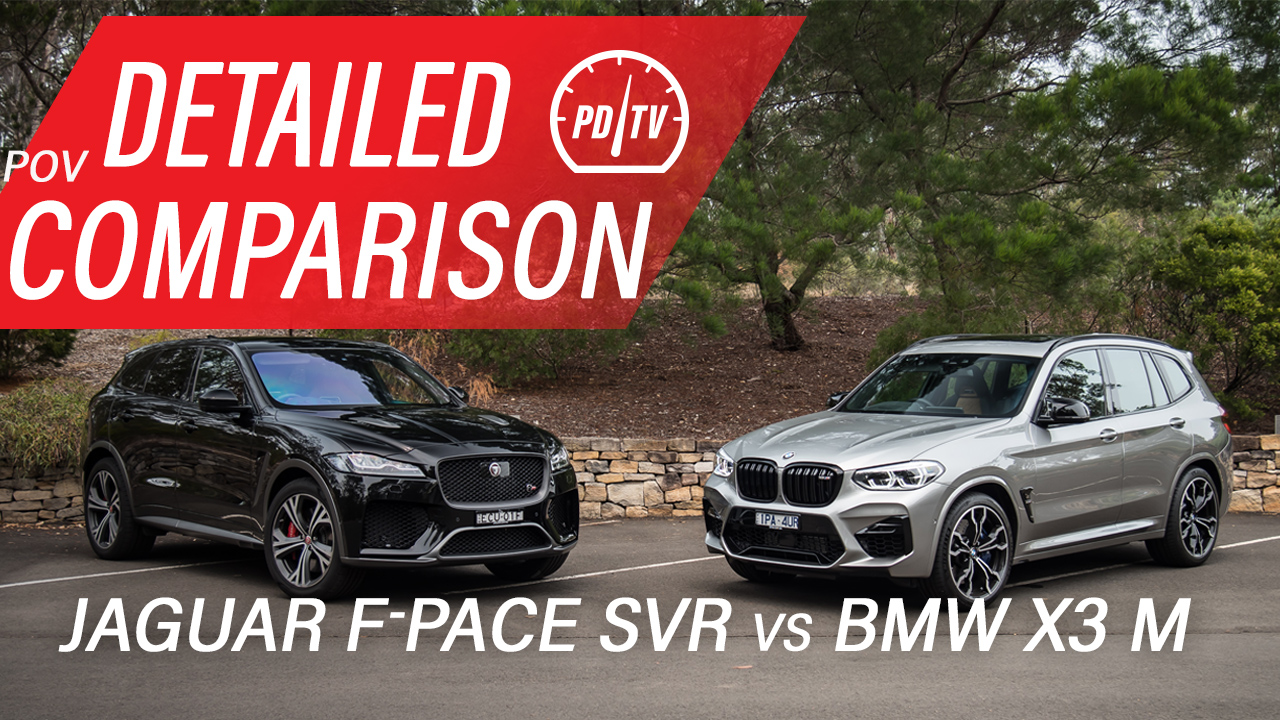 The fine line between sports cars and SUVs is definitely getting thinner and thinner. As demonstrated by these two. From Jaguar it’s the new F-PACE SVR which develops a mighty 405kW. And then from BMW it’s the new X3 M Competition, which is pretty much an M3 SUV. 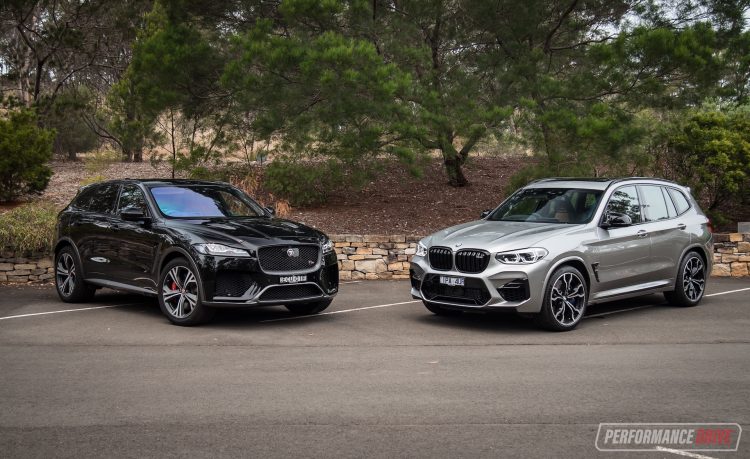 Yes, if you want a sports car we think you should buy a sports car. And yes, an SUV will never be as ‘sporty’ as a real sports car. However, these two show you can have all of the cake and eat all but a few crumbs of it. In the real world anyway.

Driving to work or going for an early morning Sunday sprint up the mountain, these two give you as much thrills as a sport car. They are extremely fast, with 0-100km/h coming up in around four seconds, while the handling is taut and toned yet forgiving enough to catch shoddy bits of bitumen that you inevitably encounter in the real world.

Power comes from a new 3.0-litre ‘S58’ twin-turbo inline six in the BMW. This is an interesting engine as it will feature in the upcoming M3 and M4 sports cars. In Australia we are only offered the Competition variant of the X3 M, which produces 375kW and 600Nm. This is all sent through an eight-speed auto with all-wheel drive.

Over in the Jag is the most powerful engine seen in this class. It’s a 5.0-litre supercharged V8 that belts out 405kW and 680Nm. Like the Beemer, power is distributed through a ZF-based eight-speed auto, with all-wheel drive. Unlike the BMW, the F-PACE SVR produces one of the gnarliest soundtracks you’ll hear in this segment.

So, which one is the best? Well, we’ve put together a special hour-long detailed comparison video for you outlining pretty much everything. Check it out below.