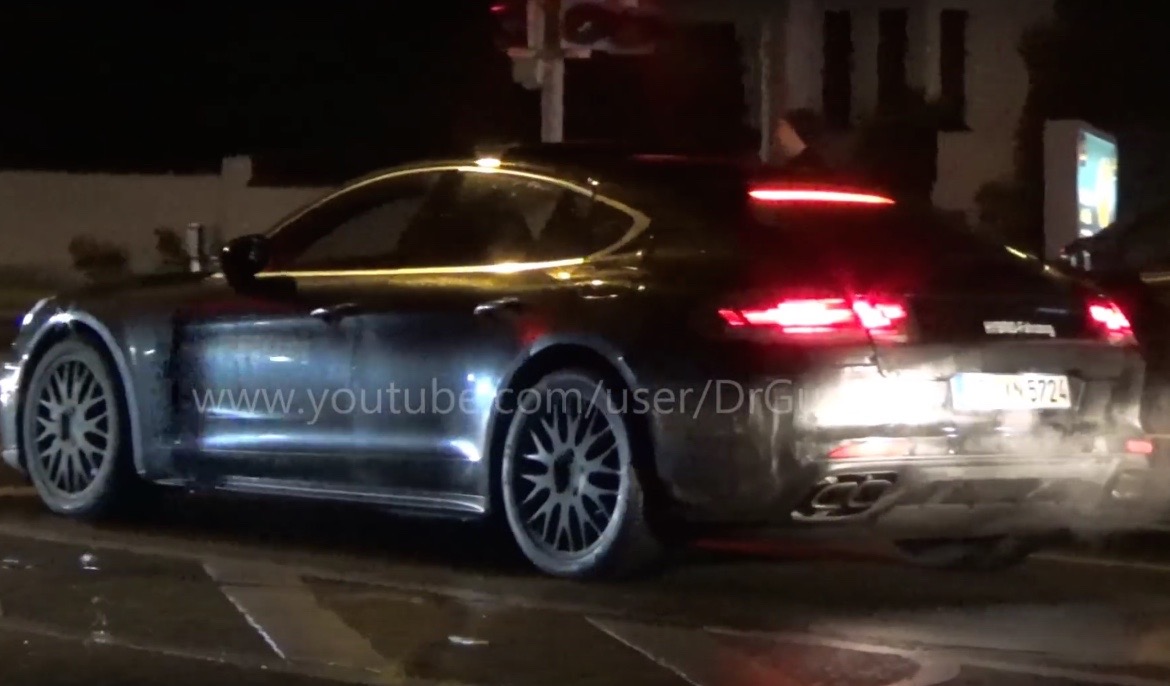 Porsche has been spotted test driving a lightly camouflaged prototype version of the next-gen 2017 Panamera S E-Hybrid out on public streets in Germany. 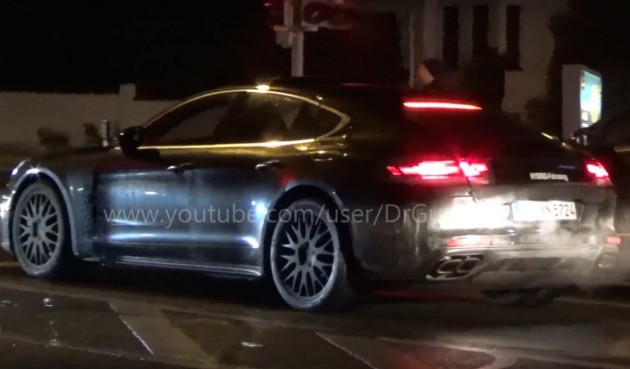 The body is only lightly disguised, but it is hard to see the finer details at night. It does seem to possess a new-look rear-end though and sportier diffuser section, with new LED taillights and potentially a more elegant silhouette.

As usual with Porsche, the new Panamera isn’t likely to drastically change in styling compared with the much-criticised current model. Instead, it’s more likely to introduce tweaks and adjustments to the original shape, with more modern trimmings.

The biggest news to come from the spy video below is what’s inside the car. It looks like the next-gen Panamera will receive a fully digital instrument cluster and a huge touch-screen interface for the on-board entertainment, driving functions, and climate control.

Interestingly, the central touch-screen shows an “E-Range” of 38km. This could give us some clues as to what powers the new hybrid version. In current form the Panamera S E-Hybrid offers an electric driving mode range of up to 35km. With 38km sitting on the dash on this prototype, there is potential for this to be even higher for a full-charge rating.

According to reports there is two main factors that are expected to help boost the electric driving range for the 2017 version. The first is set to come from a revised electric system, possibly matched to a 3.0-litre twin-turbo V6 instead of the current supercharged V6. 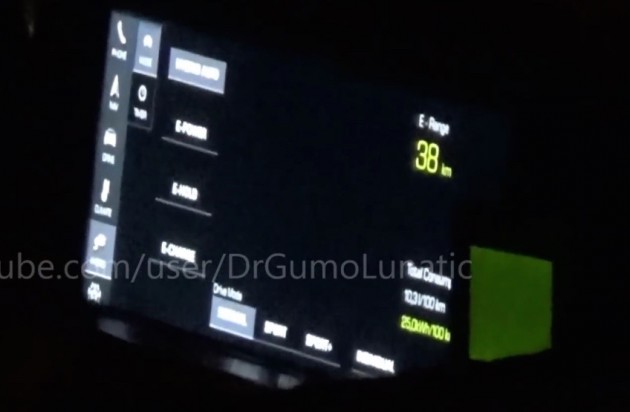 The other reason for an increased range is said to be down to the adoption of Volkswagen Group’s MSB platform underneath. The new platform is set to cut around 100kg from the Panamera’s hefty kerb weight.

Nothing is official just yet though so we mustn’t get too excited. All will be revealed at the new model’s unveiling scheduled for the 2016 Geneva Motor Show in March. Click play below in the meantime for a preview.