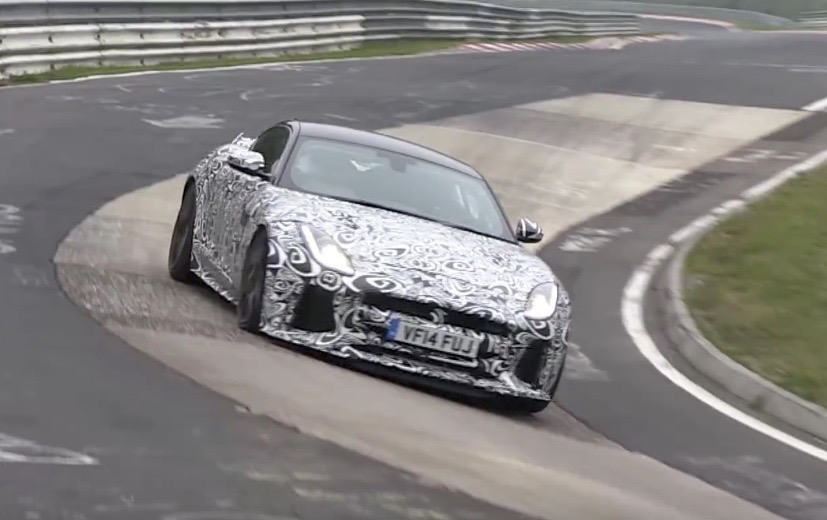 The highly-anticipated Jaguar F-Type ‘SVR’ coupe has been spotted once again in prototype form, showing off its track performance out on the Nurburgring in Germany. 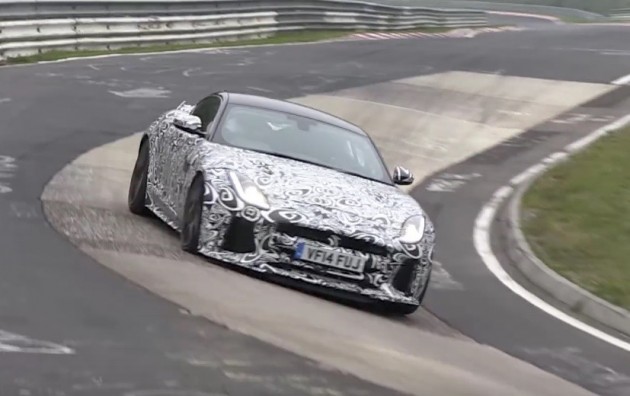 SVR, Jaguar’s special vehicle operations unit, is believed to be planning a high-performance version of the already high-performance Jaguar F-Type. It’s likely to be based on the top V8 R model.

With this much output on tap, it could become one of the quickest Jaguar production cars ever, especially if the company decides to go with the recently introduced all-wheel drive option.

Aside from boosted engine performance, the SVR edition is expected to come with a range of bespoke components to help improve its track capability. Brakes, suspension, and drivetrain hardware enhancements will probably feature. On this prototype at least, we can also see a unique bodykit, with a more aggressive front spoiler and rear diffuser. There’s also a fixed rear wing mounted on the the boot lid.

Jaguar is said to be planning both a coupe and convertible version of the SVR – name not yet officially confirmed – however, only the eight-speed automatic is likely to be offered and not the new six-speed manual option.

A full debut is tipped to take place at the 2016 Geneva Motor Show in March, given the event is one of the biggest on the auto calendar. In Australia the top F-Type R AWD convertible is priced from $261,370, with the SVR likely to be priced well above that. Click play below for a preview.