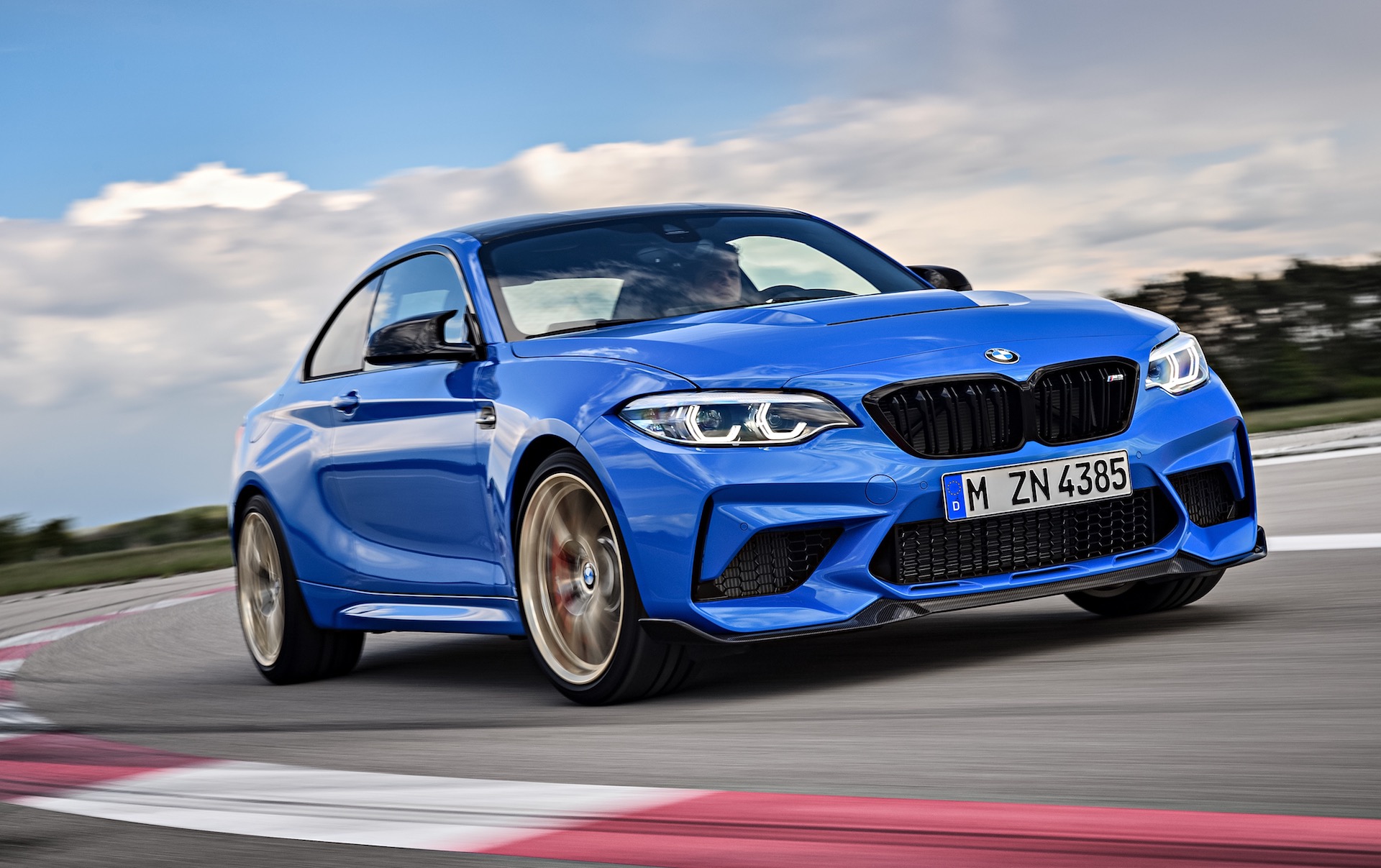 Looking for a fun little track car that’s rear-wheel drive and has bags of power? Check out this. It’s the new BMW M2 CS, featuring plenty of lightweight components and a more powerful engine. 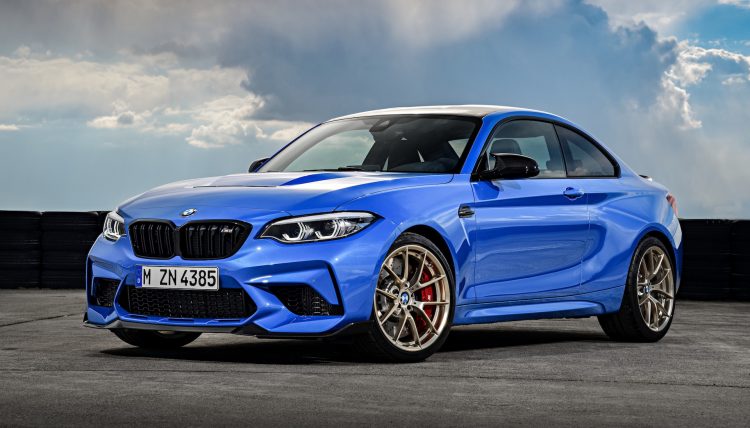 All of this is sent into a rear-wheel drive system as usual, with an active M differential. Across the standard 0-100km/h sprint BMW says the clock stops in 4.2 seconds with the six-speed manual transmission – the first manual for a CS model – or just 4.0 seconds when fitted with the optional M DCT seven-speed dual-clutch automatic. 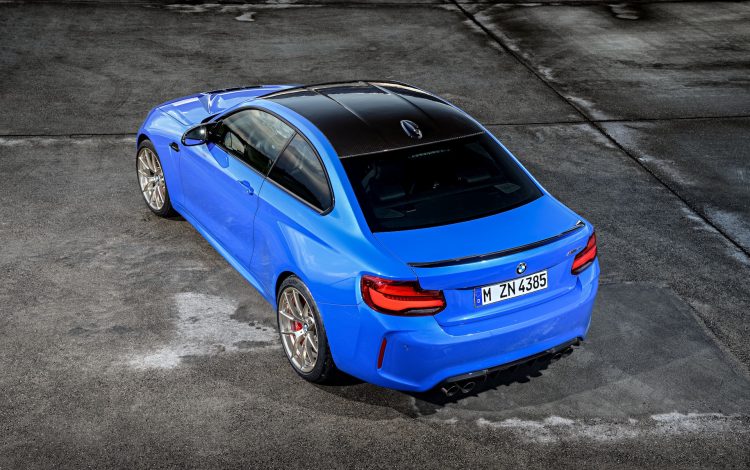 The CS nameplate isn’t new. In fact, you might remember it from M3 CS and M4 CS. It’s a name that’s usually associated with lightness and power. As such, the M2 CS features a range of carbon fibre parts, including the bonnet which is 50 per cent lighter than the standard item, and a carbon fibre roof. There’s also carbon fibre front and rear spoilers, and rear diffuser. Some unique 19-inch forged wheels in jet black or traditional gold complete the look.

Inside you’ll find more enhancements. The door pulls are finished in carbon fibre, and the centre console is made using carbon fibre in various areas. For the driver there’s a lovely little M Sport steering wheel wrapped in Alcantara (optional), and the seats are from the M2 Competition with illuminated M2 badges. 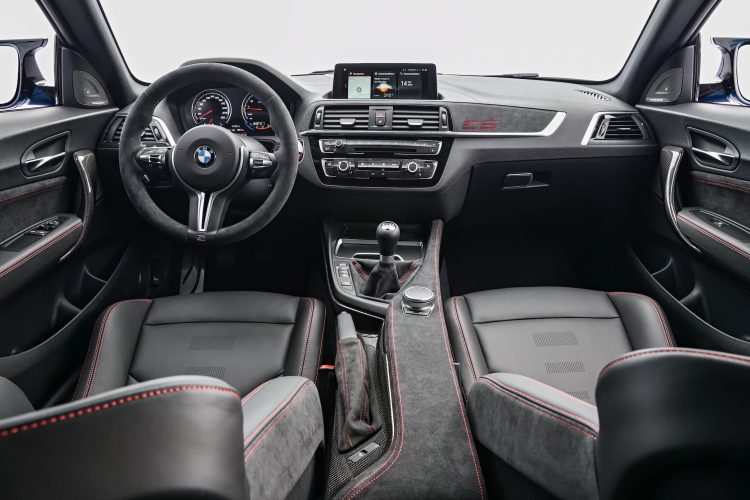 Overall, the unladen weight is stamped at 1550kg, or 1575kg for the dual-clutch auto version. According to the spec sheet from BMW, that’s exactly the same unladen weight as the M2 Competition. However, the power-to-weight ratio is obviously improved thanks to the uprated engine.

The BMW M2 CS is on sale now in overseas markets, with prices in Europe starting from €95,000. BMW Australia is planning to launch the model locally around the middle of 2020. Prices and local specs will be announced closer to launch.