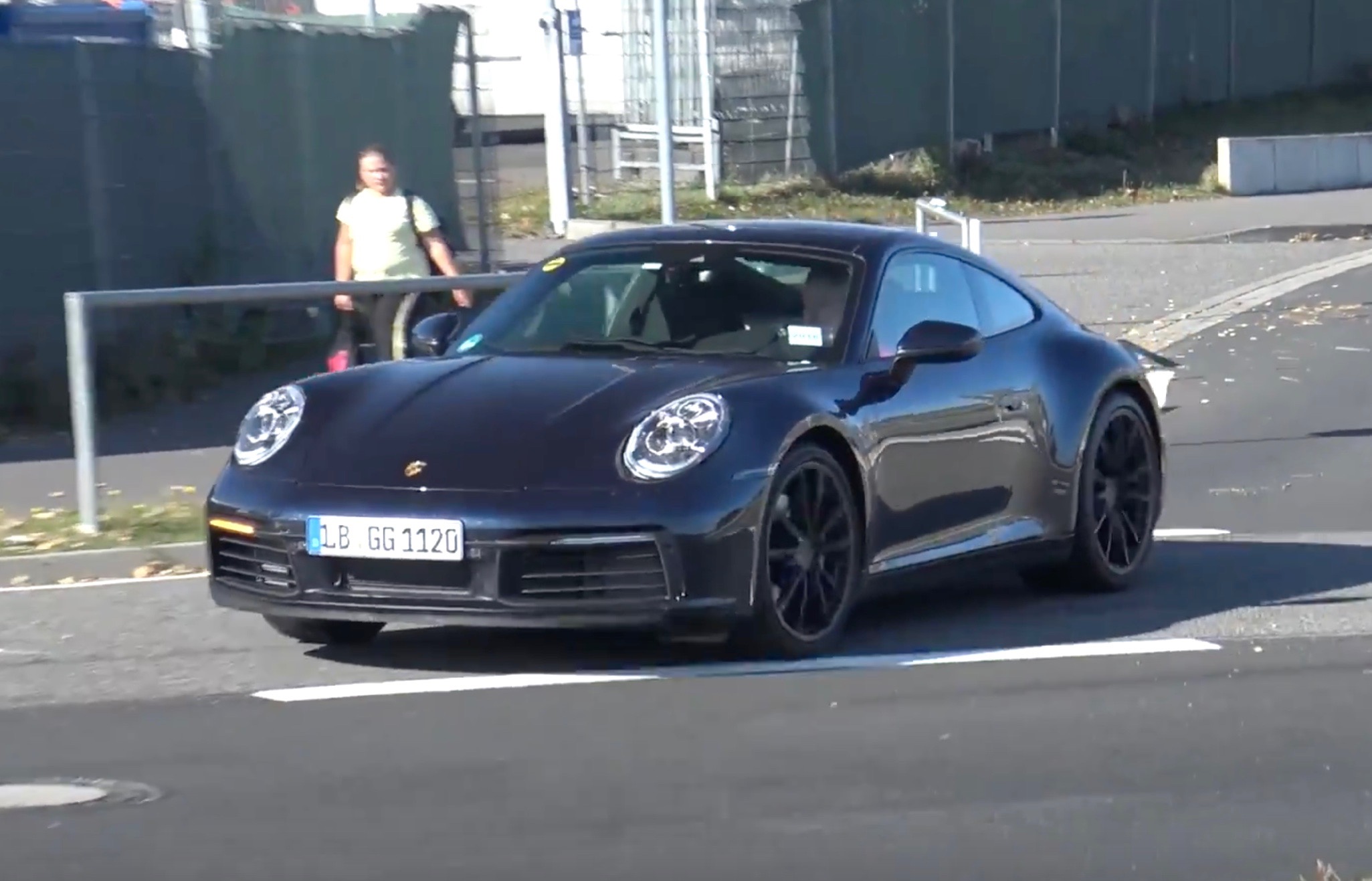 Porsche has been spotted once again testing the 2019 Porsche 992 911 around the Nurburgring. In this latest video the prototype appears as though it isn’t wearing any camouflage at all. 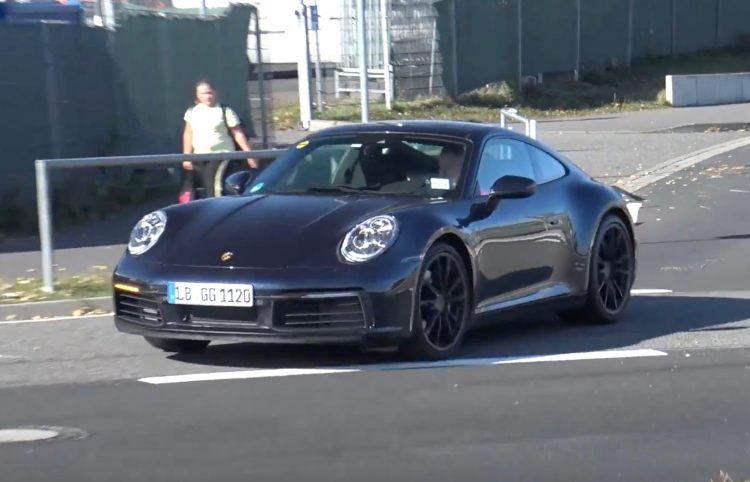 The prototype is seen driving around the Nurburgring in Germany, flaunting its new design. As usual with the 911, the 992 will take on an evolution design step as opposed to a revolutionary leap. Some are even saying the new model goes back in time, featuring some elements inspired by the 993 series.

And you can kind of see it in this prototype. The new model looks wider and lower, with an almost square footprint, while the rear end features (in prototype form at least) vertical slats for the engine cover. With the rear spoiler raised, there’s even a hint of 959 in there. 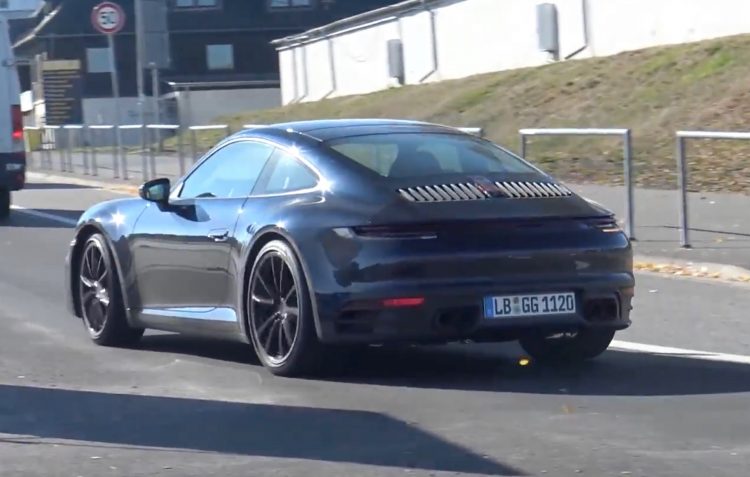 Specific details are yet to be uncovered, but it’s believed Porsche will retain the current 3.0-litre turbo flat six currently used. It was only introduced in 2015, and currently produces 272kW or up to 309kW in the form of the Carrera S. Porsche will probably make some tweaks to increase power while also reducing fuel consumption.

There is the possibility that Porsche might introduce some form of mild hybrid tech, even if later down the track. Porsche 911 model line director August Achleitner hinted earlier this year that the new model could eventually be offered with an electric or electric-assisted option. He said: “Two years ago I’d have said no way. Today I wouldn’t categorically rule it out.”

In a similar philosophy, the 992 is set to introduce some advanced technologies not before seen in the 911. Porsche vehicles have always been about involving the driver as much as possible, with autonomous systems likely to be kept away from the iconic nameplate for as long as possible. Achleitner has said assistance systems have to fit with the 911.

“Those are convenient and useful things. But the customer has to make the choice to use them and, above all, be able to switch them off when they’re not desired,” Achleitner said earlier this year. Could this mean the new model will come with adaptive cruise control with steering assist?

Given that prototypes are now galavanting about without much camouflage, we suspect a full unveiling will take place in the very near future. Stay tuned. Check out the video below for a taste of what to expect.