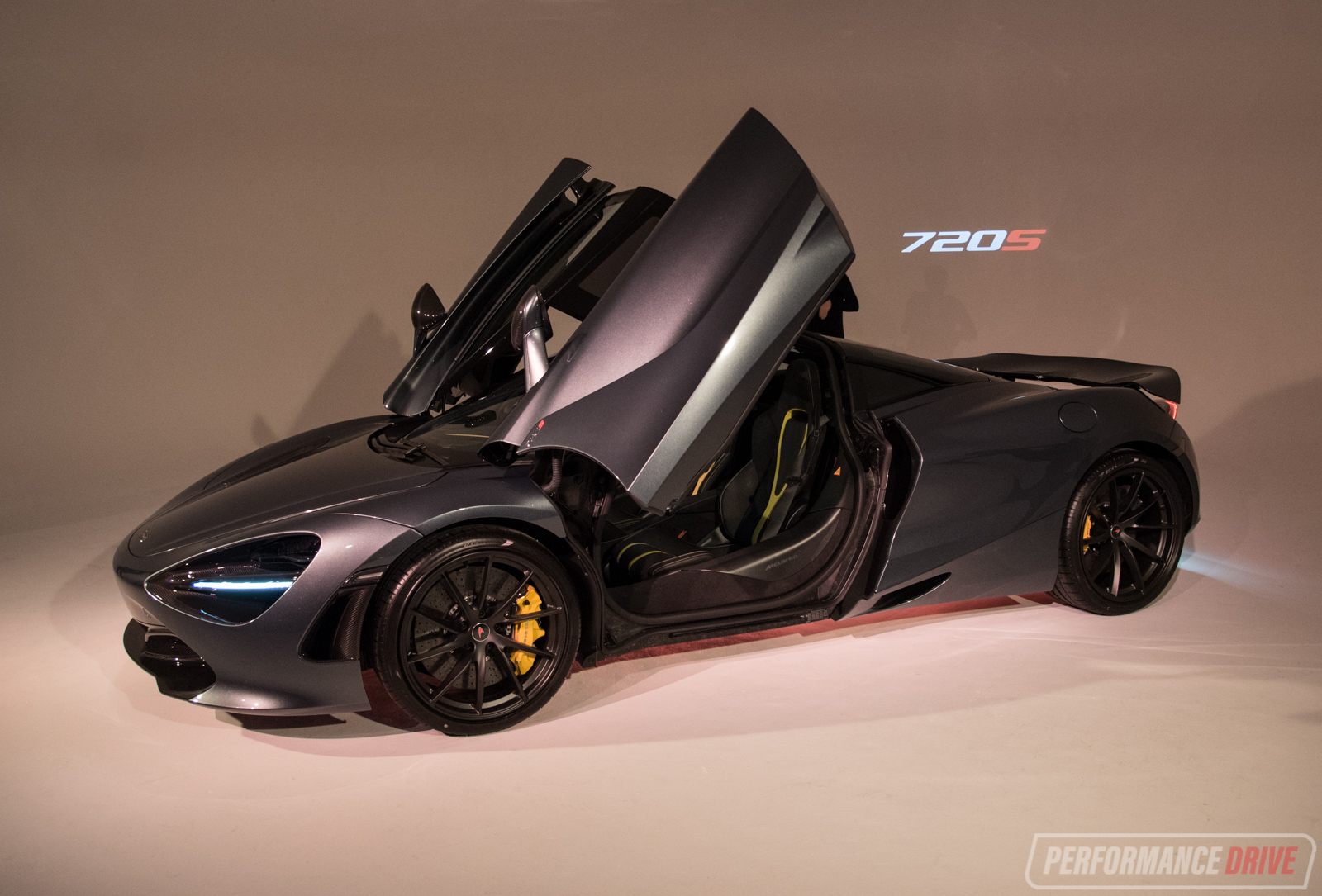 Another new chapter has begun at McLaren following its revival a few years ago, with the Australian debut of the next-gen Super Series car; the McLaren 720S. 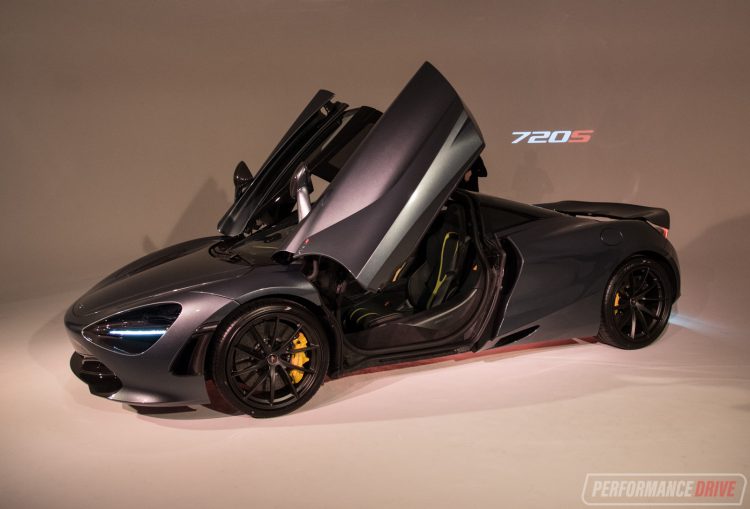 McLaren unveiled the car today to Australian media, giving us the opportunity to see the first 720S in the country up close. And what can we say? It looks exquisite.

On first impressions the 720S might look pretty similar to the rest of the range, including models from the lower Sports Series lineup. However, in person it is easy to see this is a completely unique, and quite extraordinary supercar.

We love the attention to detail in the exterior design. You might noticed there are no side intakes in the new model. All of the modern McLarens features these, just behind the doors. Instead, the 720S uses a unique ‘double skin’ door panel which features a large intake pocket inside that draws air into the side bulkhead, and into the engine compartment. 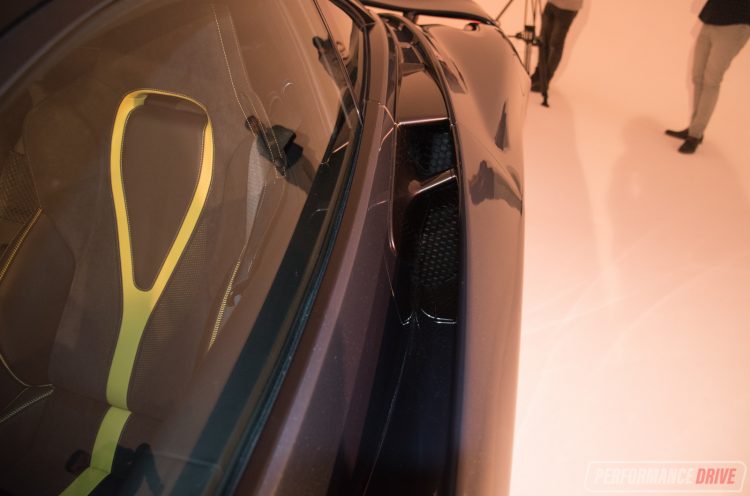 Around at the front the new headlight sockets showcase a similar dual-level construction. Air is drawn in just below the main headlight cluster, through radiators mounted behind the bumper bar, and then the air is exhausted outward from just in front of the front wheels. There’s so many of these little bite-sized pieces of intricate engineering and detailing that you can actually just sit and enjoyably admire the car while it’s standing still.

Of course, underneath it all is just as important. The 720S debuts a brand new Monocage II structure which is made from carbon fibre. McLaren says this helps to provide not only extreme rigidity and driving response, but also interior space and lightness. In fact, the 720S offers a dry weight of 1283kg, which is very light for a modern supercar. 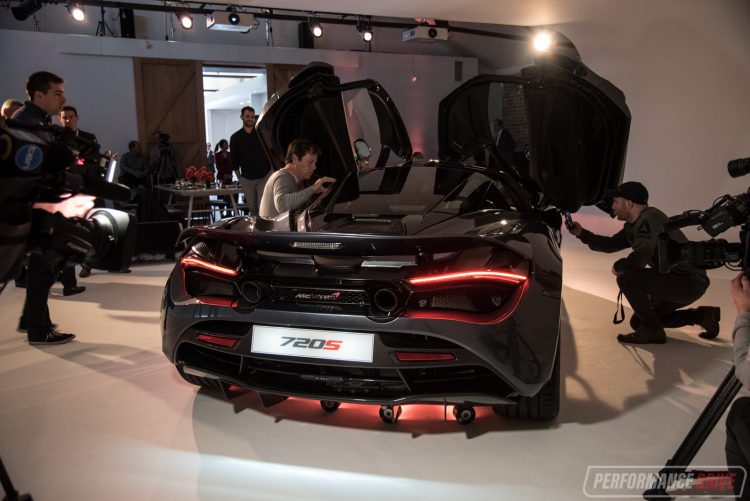 Over the back, behind the two-passenger seating layout, the engine is a freshly-designed 4.0-litre twin-turbo V8 that churns out a mind-blowing 530kW of power and 770Nm of torque. This results in a 0-100km/h sprint time of just 2.9 seconds, and 0-200km/h in just 7.8 seconds. We wouldn’t be surprised if this thing could crack the quarter mile in high nine seconds. The top speed is rated at 341km/h.

As is the case with all McLaren models, the interior can be completely customised. Much like most of the exterior, actually. It’s a new design inside though. McLaren describes it as offering sophistication and luxury. All surfaces have been pushed as far away from the passengers as possible to improve the feeling of space and comfort inside – yep, there’s a focus on interior space in a supercar.

All in all, the 720S comes in as McLaren’s new flagship model in Australia, replacing the 650S. It competes with the likes of the Ferrari 488 GTB, of which it slashes 0.5 seconds off its 0-200km/h time.

The new model is on sale now with prices starting from AU$489,900 (excluding on-roads). PerformanceDrive is looking to provide a road test review for you as soon as possible.