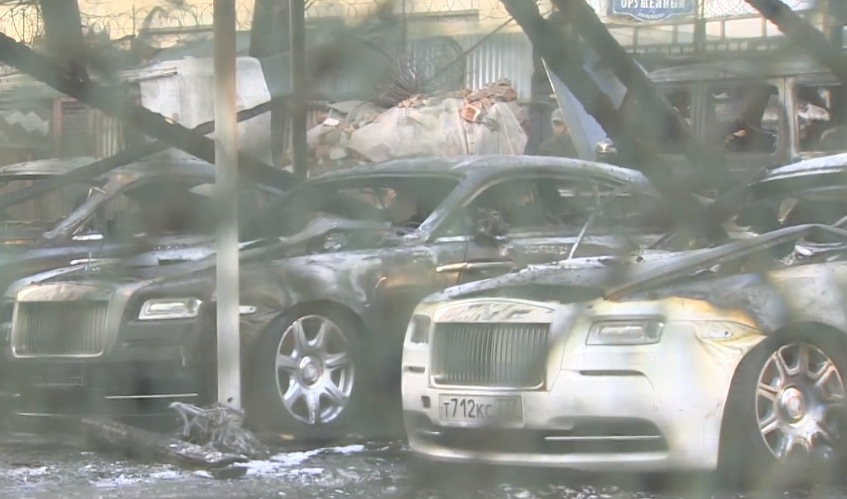 Around US$3.3 million worth of supercars have been destroyed in what Russian authorities are calling a possible arson attack near Red Square in Moscow. 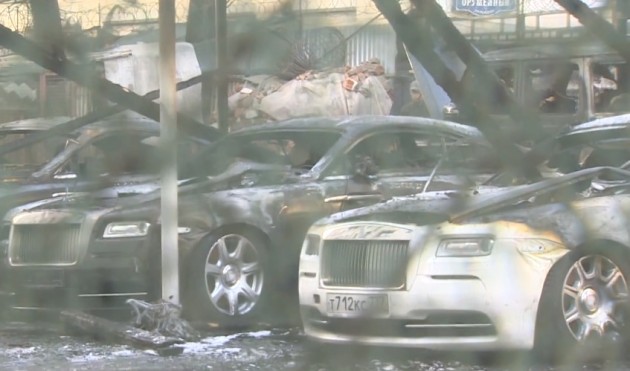 Only minutes away from Moscow’s famous Red Square, firefighters were called to stop the blaze that was raging in a private car park in the early hours of the morning.

The collection is estimated to worth around 150 million Rubles, or US$3.3 million (about AU$3.8 million), and was made up of 12 exotic and high-end luxury cars. They were all owned by one man, adding to the suspicion that the incident was indeed arson.

The 12 ruined in the incident included four modern Rolls Royce models, multiple Bentleys, a Porsche and a Ferrari. Investigators are now looking for clues as to where the fire started, and whether it was started by one car or the building in which they were kept.

Check out the video below to see the aftermath. It’s disgusting, isn’t it? Such a waste of fine automobiles.