Renault has been spotted testing a prototype version of the cracking new 2013 Renault Clio RS out on the Nurburgring in Germany. The new super hot hatch features fresh styling and is expected to be even quicker than the outgoing model.

Power will reportedly come from a revised version of the current 2.0-litre four-cylinder engine, producing around 156kW of power. This would give it around 9kW more than the current model.

As with the Clio RS’s personality, it’s not all about the power. The new RS will feature a comprehensively tuned suspension and chassis setup, as seen here undergoing stringent testing and honing on the world’s most punishing test track. 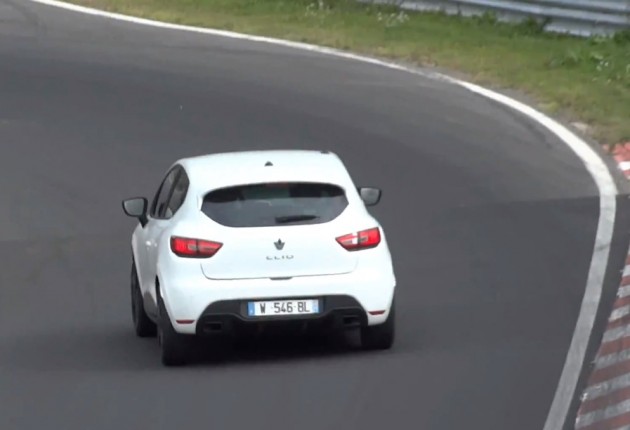 On the outside the RS will showcase a sporty yet neat bodykit with an aggressive front bumper bar featuring two large air intakes in the corners. The new RS will also get unique square-outlet exhaust pipes to further distinguish it from the usual Clio, as well as a chunky rear diffuser.

The 2013 Renault Clio RS will make its official debut at the 2012 Paris Motor Show which starts at the end of this month, with international sales expected to commence later this year. Australian details and prices are yet to be announced.

Click play below to see the new model from various angles, and hear how it sounds while being flung around the ‘Ring.