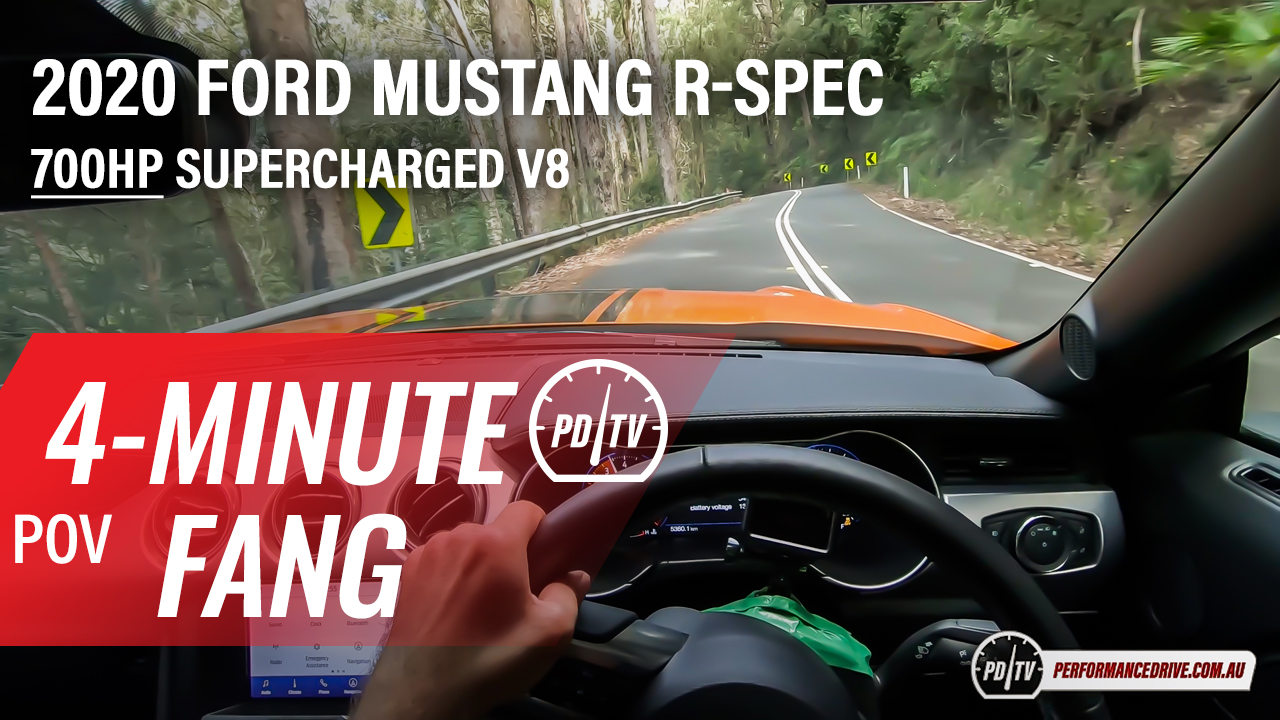 Welcome to another instalment of our Four-Minute Fang POV video series. For this one we’re taking the mental Ford Mustang R-SPEC for a sprint along a spirited road. With 700hp on tap, this was a beast and a half. 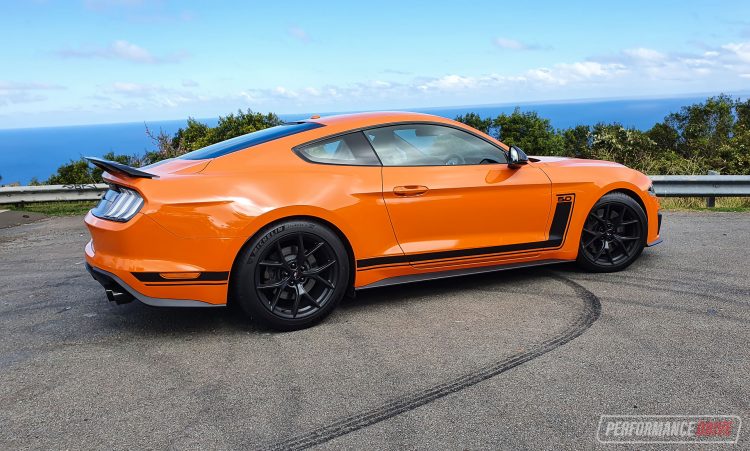 The Ford Mustang R-SPEC is an Australian-exclusive model. It features the GT’s 5.0-litre supercharged V8. However, it also adds a Ford Performance Roush 2650 supercharger kit. It was put together by Ford Australia with help from Herrod Performance. Herrod also supplies an active exhaust system with black quad-outlet tailpipes.

Just 500 of these machines hit the local market, making it quite a rare muscle car. Only four colours are available, including bright Twister Orange as featured on this test car. All come with unique 19-inch Ford Performance alloy wheels, measuring a fat 10 inches wide on the back. 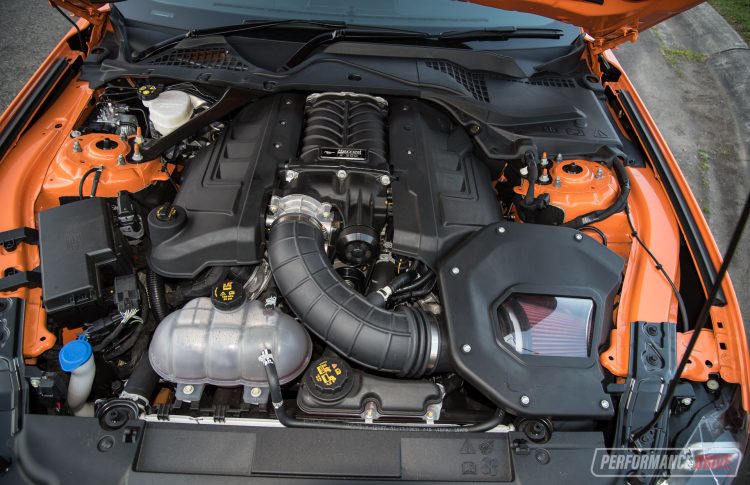 Even so, the 275/40 rear Michelin Pilot Sport 4S tyres do struggle to get the power down at times. That’s because the engine belts out a colossal 522kW. That’s 700hp, or 710PS. Ford hasn’t mentioned the torque figure, but we’re going to suggest it’s somewhere in the region of a million.

The interior has been only lightly tweaked, with a cool Ford Performance black ball-like gear shifter for the driver, Ford Performance sill plates, and a special build plaque. Other than that, you get the leather-clad sports seats from the GT, with power adjustment, as well as the standard 8.0-inch touch-screen with Ford’s SYNC 3 operating system. There’s even a 12-speaker B&O sound system.

Despite being a 700hp muscle car, it’s amazing how normal and easy it is to drive. It sounds really nice, too. Not too loud or crackly. Instead, the engine produces quite a deep and refined note. Check it out for yourself in the video below. Our full review and 0-100 video is coming soon.