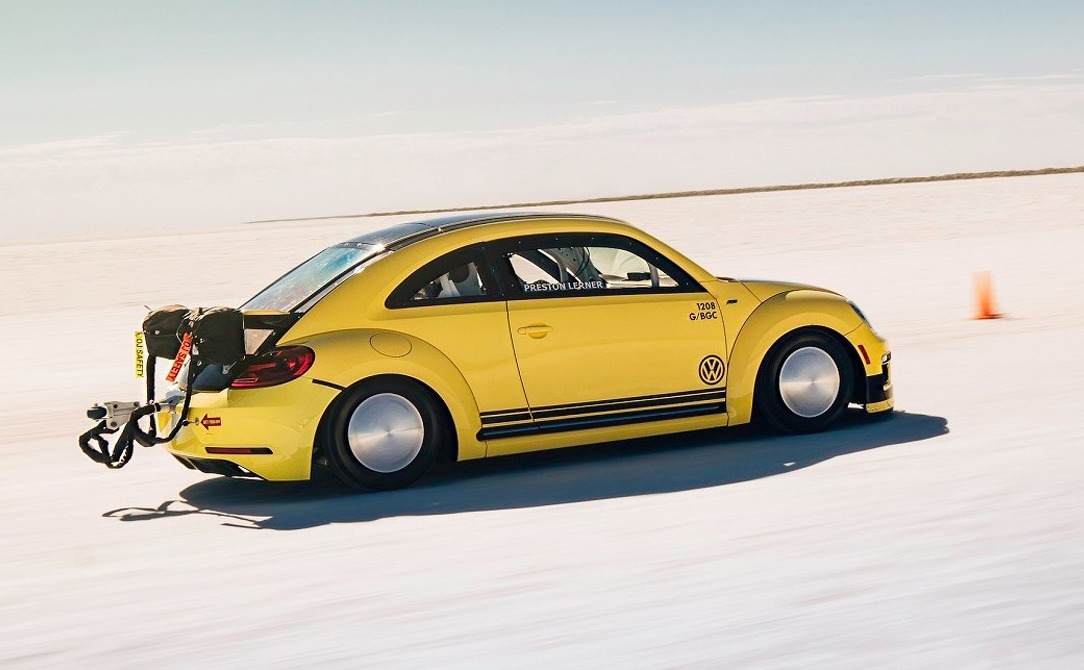 Volkswagen USA has created the world’s fastest Beetle, beating the old land speed record which has been standing since 1988. 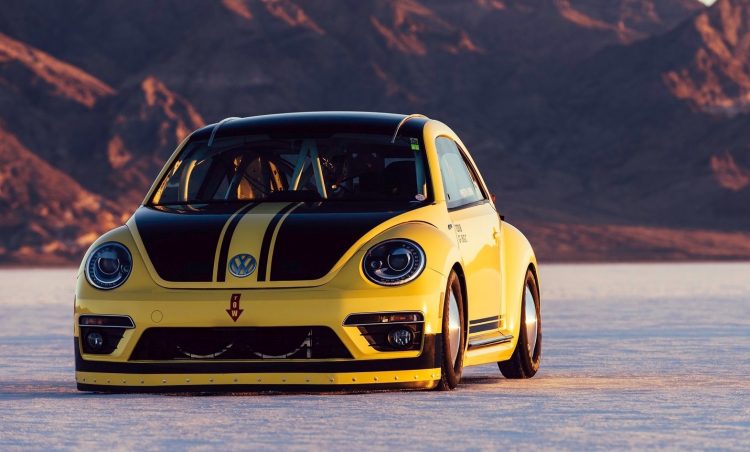 With a little help from Californian tuning company THA Manufacturing, the Beetle’s 2.0-litre TSI turbo four-cylinder is wound up to 404kW and 570Nm. This helped it average an astonishing 330km/h over Bonneville’s famous salt flats. The land speed regulations dictate that the car must remain largely intact compared with its original factory spec, hence why the original engine was tuned.

The Beetle LSR features extensive aerodynamic modifications, parachutes, moon disc hubcaps as well as a stripped-out and roll-caged interior. The windows also appear to be replaced by lightweight plexiglass. 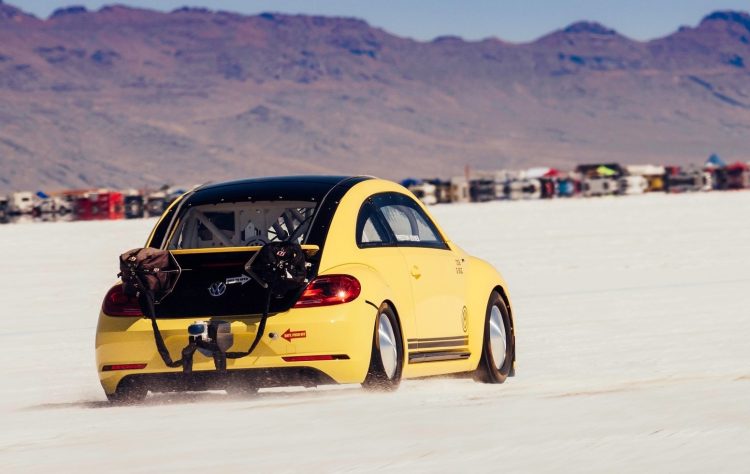 Suspension and undercarriage were modified to keep the car sucked to the salt, but driver, Preston Lerner, still had a hairy experience: “We had enough power to go even faster if the salt hadn’t been so sketchy. But seeing 208 miles per hour briefly on the digital readout was an experience I’ll never forget.”

The previous record was in a modified 1955 example, which went 281km/h back in 1988 driven and modified by Swedish VW tuner Hans Dahlback.