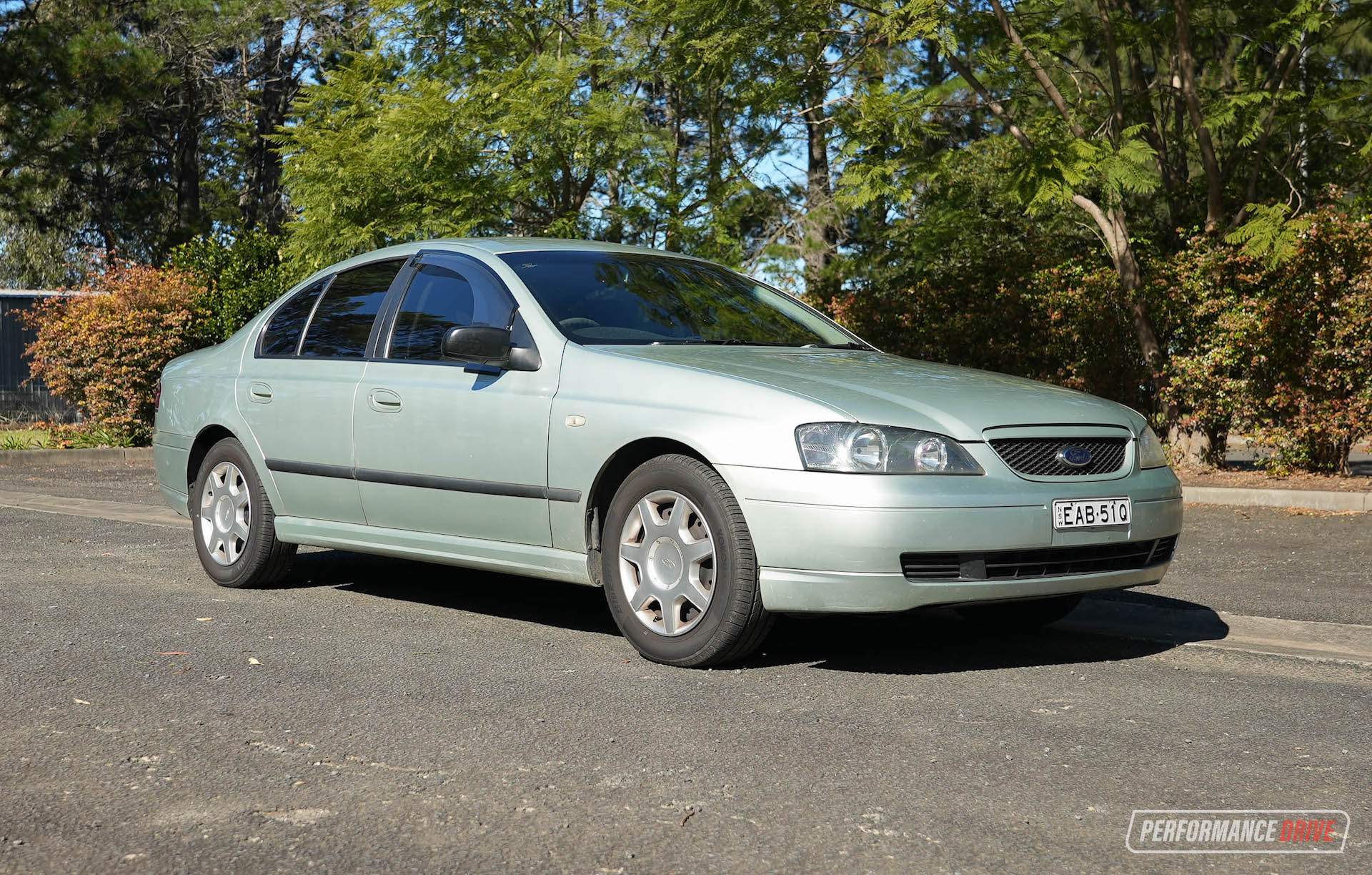 This year. This week, in fact, is the 5th anniversary since production ended for the Australian Ford Falcon. So, what better way to celebrate than by testing one of the milestone models. 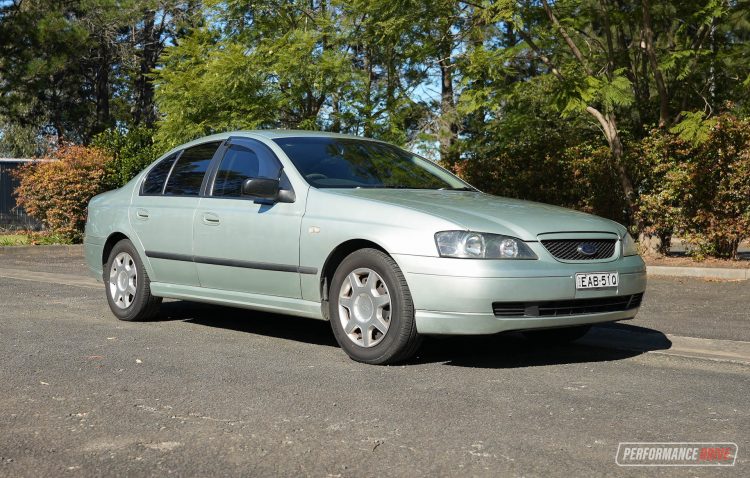 The Ford BA Falcon, offered between 2002-2005, was a significant generation for a number of reasons. It was the first to use independent rear suspension on sedan models, which drastically improved overall dynamics and handling; some suspension tuning was apparently conducted at the Nurburgring. Ford also tested its new ABS braking and stability control systems in icy conditions in Sweden, and locally.

This was all important work as the platform became the basis for the first-ever Falcon-based SUV, the Territory, which arrived in 2004. In other areas, the BA Falcon was also the first to incorporate a twin-cam version of its long-running 4.0-litre inline-six petrol engine. With 182kW in base form, it was the most powerful standard Falcon ever. 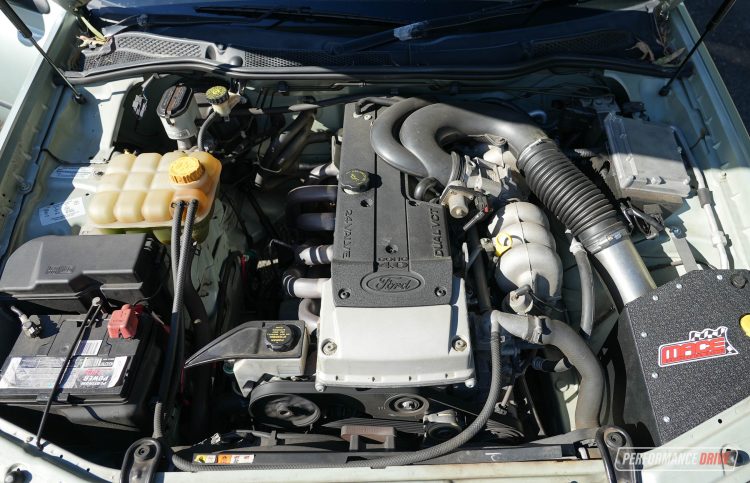 This example here has had some mild tuning done to it, including a full exhaust system right from headers through to a high-flow cat, as well as a big-flow intake system and K&N filter. It’s then been tuned at Barrage Tuning Solutions. The owner estimates around 200kW at the engine.

With the standard steel wheels wrapped in taxi-spec 215 tyres, complete with hub caps, traction is a bit of an issue off the line. But after a few attempts, this example managed to clock 0-100km/h in 6.79 seconds, according to our Vbox. We further finessing of the clutch, and perhaps some wider rear tyres, we reckon it’d dip well into the mid-to-low-6s. 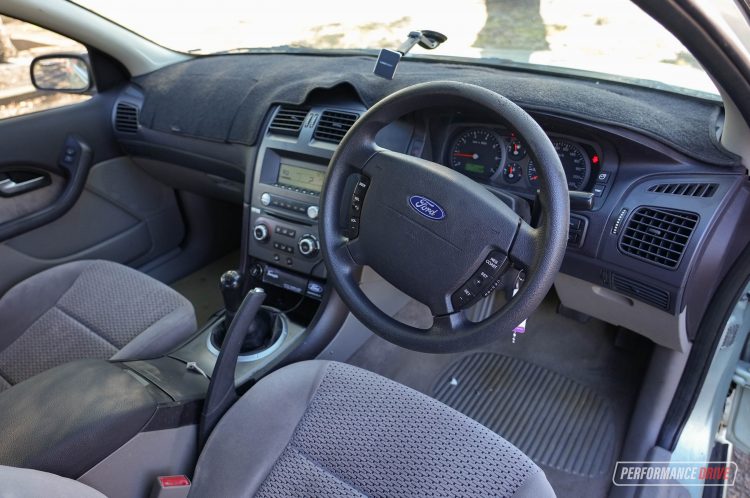 Inside, the BA is a big car. There’s so much space to move around, with none of that claustrophobia-inducing clutter you get in today’s cars. Granted, there isn’t much in here. No touch-screen or digital gauge cluster or anything like that.

Velour trim was all the craze in upper models throughout most of the Falcon’s lifetime, especially from the 1970s and ‘80s. So it was probably comforting for fans to see the soft fabric featured in the BA XT as standard. The front seats were also a vast improvement over previous Falcons, helping it keep up with the Holden Commodore in this department. 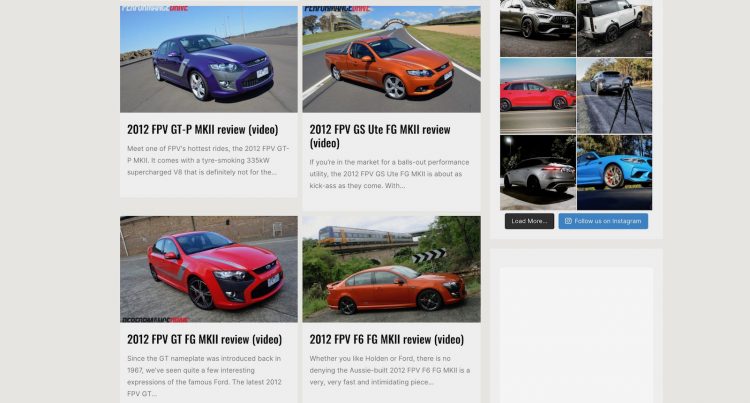 Over the years we’ve tested and reviewed various models and variants of the Falcon, including some favourites like the FPV F6 and FPV GT, and the last Falcon we ever tested, the FG X XR8. Coincidentally, this year also marks the 10th anniversary of PerformanceDrive.

We’ve put together a video for you, testing the XT in our usual 0-100km/h format, but we’ve also incorporated some old footage that we found to celebrate both PD’s 10th anniversary and the 5th anniversary since Falcon production ended. Check it out below. (Please excuse the poor image quality at times, as some of this was recorded pre-full-HD, let alone 4K.)