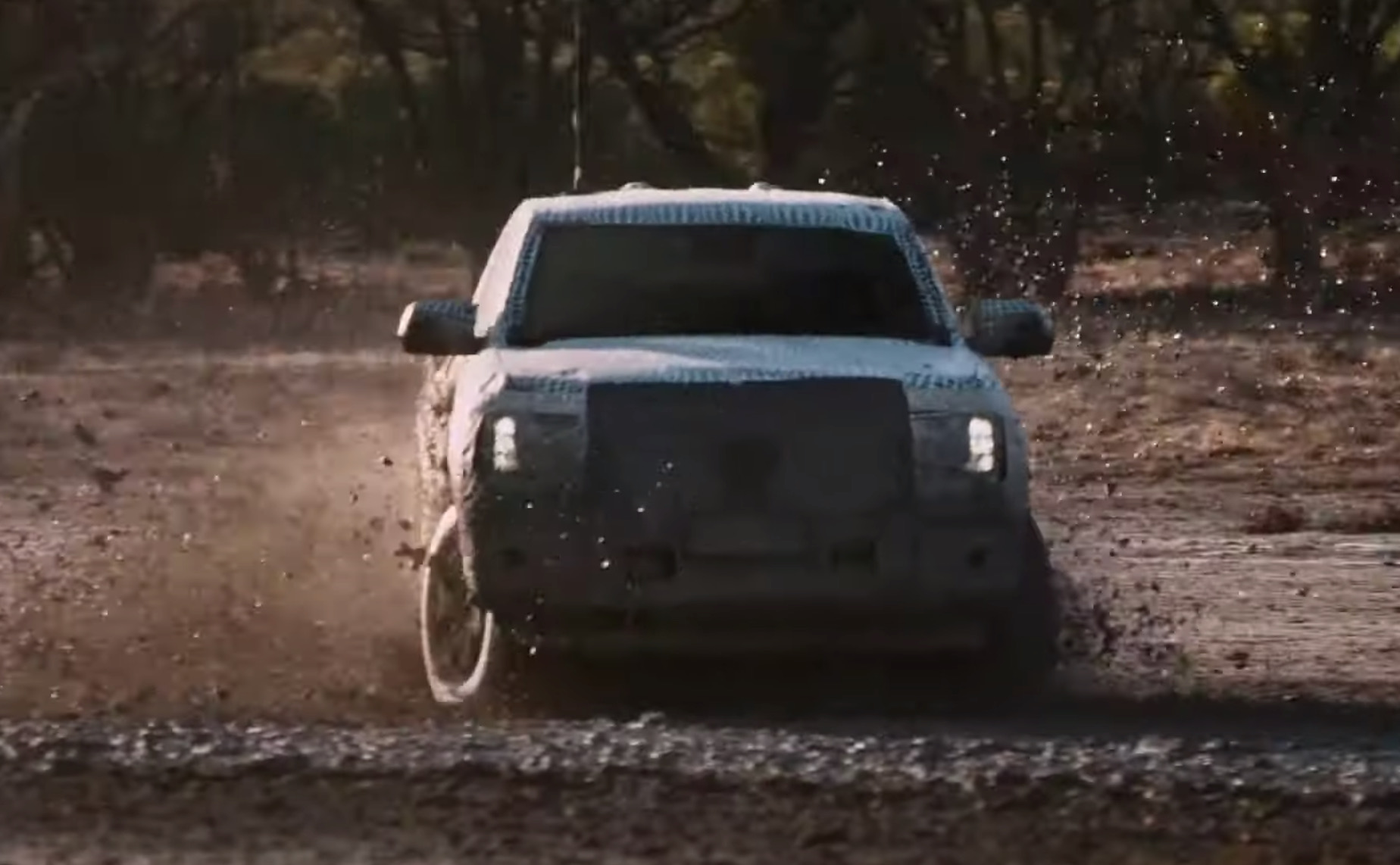 An official teaser video showing prototypes of the next-generation Ford Ranger has been released, ahead of its market arrival in Australia in 2022. 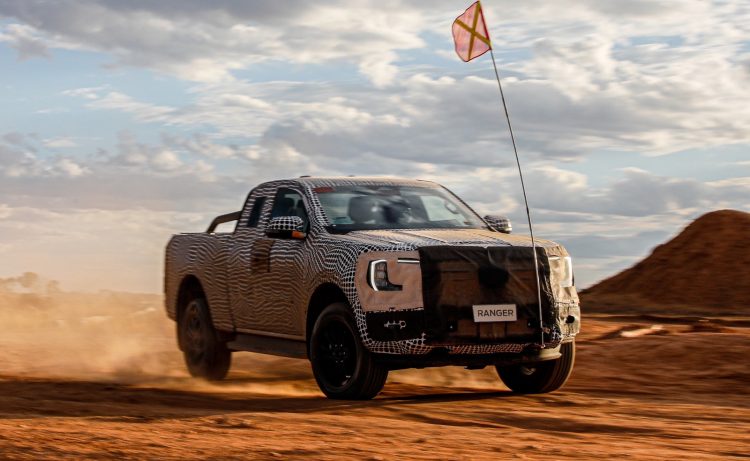 This will be a significant model change for the very popular ute, likely adopting the company’s US styling language as seen on the big F-150 trucks, as well as debuting some fresh engine options, more advanced safety tech, and evolved in-car connectivity and entertainment systems.

Ford Australia doesn’t say much in the video. It only highlights the various types of conditions prototypes are being subjected to during testing. In the description of the video the company simply indicates that the new model will be its “smartest, most versatile, and most capable” Ranger model ever. The local arm also released a short press release, stating:

“Captured testing in its natural habitat, the Next-Generation Ranger has been designed and engineered in Australia for local conditions and will be the toughest, most capable and most connected Ranger yet developed by Ford.” 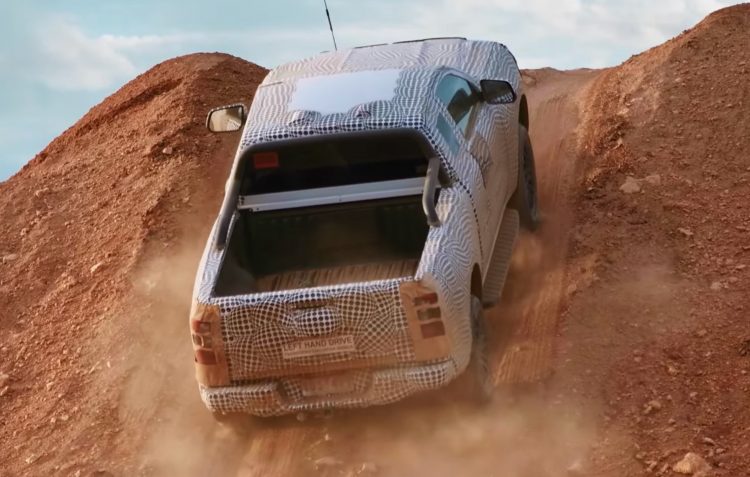 So, what do we know about the new model? Aside from being the foundations for VW’s next Amarok, the 2022 Ranger is expected to carry over a revised version of the current T6 platform, of course featuring a live axle rear end. However, it remains to be seen if Ford will finally apply disc brakes to the rear.

A revised platform, mainly focusing around dimension and geometry alterations, is set to welcome a new V6 engine option. It’s believe Ford could introduce its 3.0-litre ‘Power Stroke’ turbo-diesel V6, as seen in some overseas Ford products. This single-turbo unit is an option in the F-150, producing 186kW and 597Nm, paired with a 10-speed Ford-GM auto. 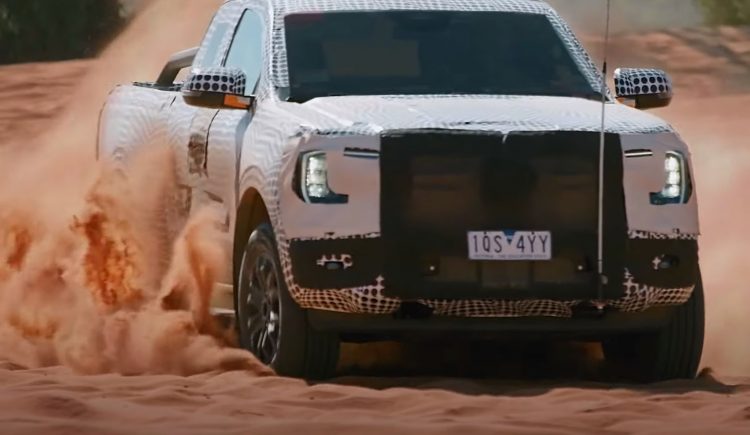 There’s also some rumours (and dreams) that Ford will slot in its 2.7-litre twin-turbo V6 petrol into the next Raptor. An EcoBoost unit of this kind exists in the new Bronco, where it develops around 231kW and 542Nm. This would be a handy tool in the Raptor, giving it some serious performance edge over the ‘rugged’ style competitors.

The existing 2.0-litre single- and twin-turbo diesel four-cylinder units are set to carry over, but with minimal change. The 10-speed auto is also expected to stick around given it is still quite a modern transmission. 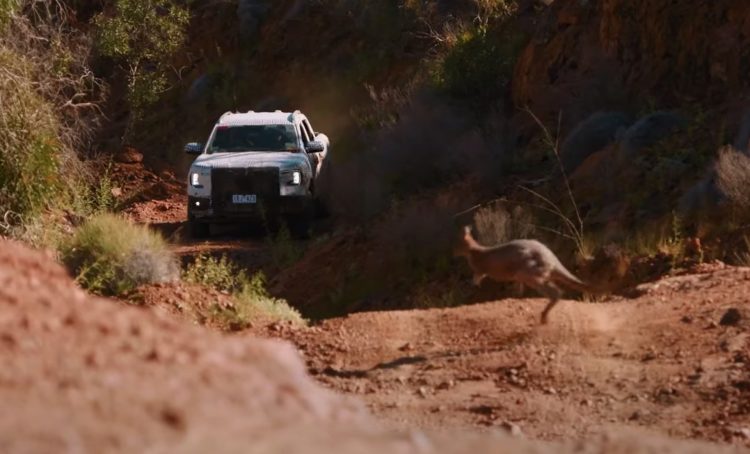 Inside, Ford is likely to apply a modern digital gauge cluster with more diverse colours and graphics, while the dashboard will no doubt welcome a larger touch-screen system with improved connectivity.

We’ll know more about the new model in the coming months as Ford has confirmed it will be unveiling all “later this year” ahead of market arrival in 2022. We’d also anticipate more teasers and snippets of info in the meantime. Check out the teaser video below for an initial preview.