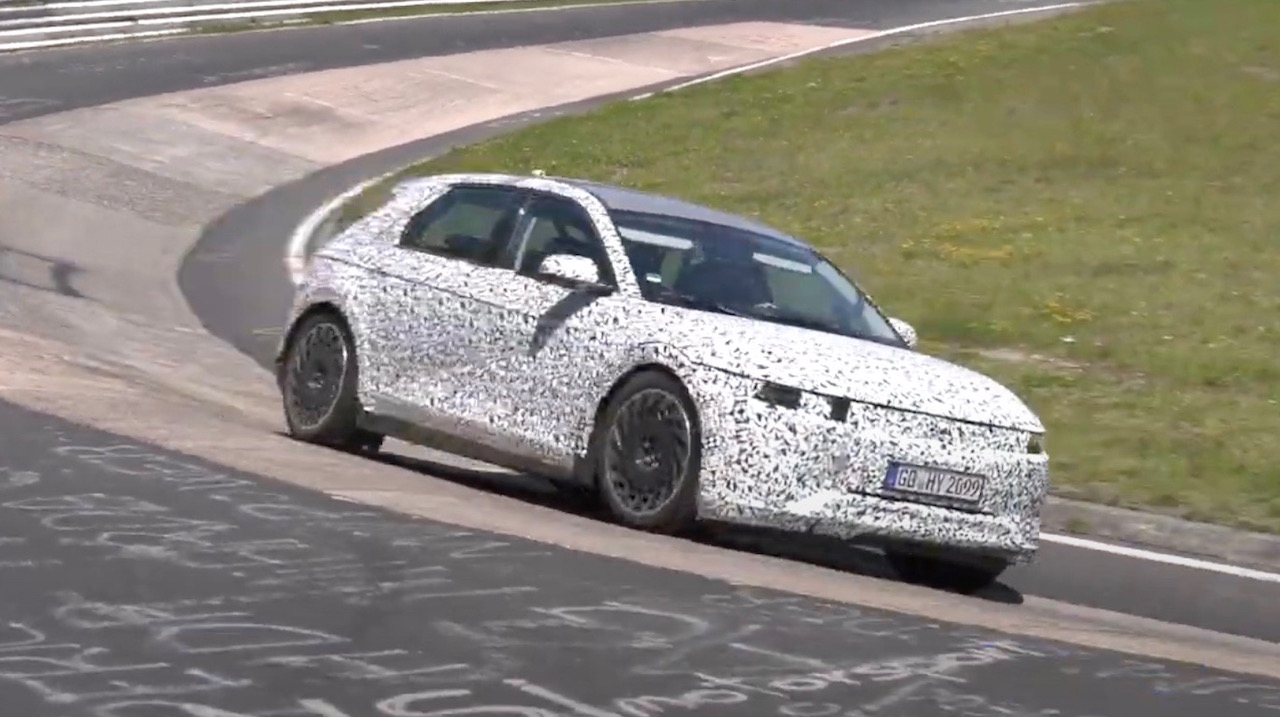 Hyundai has been spotted test driving what is believed to be the makings of the upcoming IONIQ 5 fully electric mid-size crossover, otherwise known as the production version of the 45 concept unveiled in 2019. 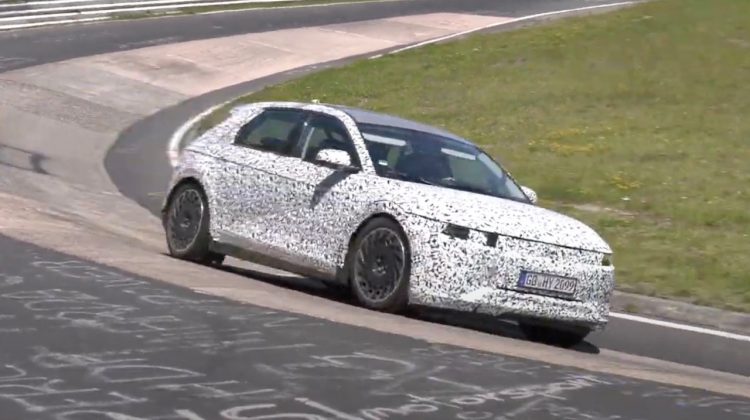 It seems engineers are putting the new EV through its paces at the notoriously-punishing Nurburgring in Germany, with a camou-wrapped prototype recently spotted doing the rounds during industry testing sessions.

Hyundai test drivers appear to be at the pointy end of the testing program. What makes us say this? Well, for starters the driver looks to be pushing the prototype fairly hard around the circuit. Usually really hard testing is done near the end of the development cycle, once all of the wrinkles are ironed out, so to speak.

Another clue is evidence of a roll cage installed inside. Engineers usually only fit roll cages to test vehicles when it comes time to instruct the drivers to push harder against the baseline tests. The driver is also seen wearing a helmet, which, again, all relates to the high tempo driving. 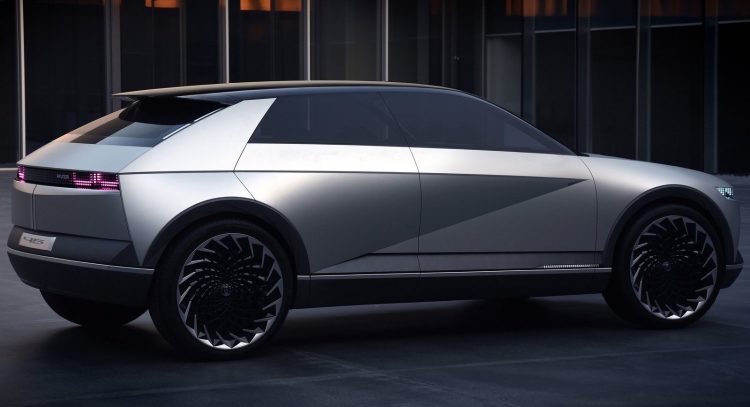 As for what is revealed in the video, provided by CarSpyMedia YouTube channel, the prototype shows lots of similarities with the 45 concept car (above). Even the turbine-style wheels appear to be heavily inspired by the dished concept wheels, albeit smaller in diameter.

It’s understood the IONIQ 5 will measure around 4635mm long and 1890mm wide, with a roof height of around 1605mm. This means it’ll be a bit bigger than the current Tucson, except around 55mm lower in roof height. The 5 is also set to debut a brand new platform known as the e-GMP. This fresh layout is unlike all current electric Hyundai models which are based on existing platforms.

According to reports the 5 could be offered with two battery sizes, including a 58kWh and 73kWh, providing a range of around 350km and 450km, respectively. Evidence of a rear electric motor on prototypes all but confirms all-wheel drive, or at least optional all-wheel drive via an upper-spec variant.

The 5 is just one of many new electrified models on the way from Hyundai, and one of three fully electric vehicles that are in the works. Coinciding with the announcement of the IONIQ sub-brand earlier this month, Hyundai confirmed the 5 will launch earlier in 2021, followed by the 6 (inspired by Prophecy concept), and then the IONIQ 7 in 2024. The IONIQ 7 will be a large fully electric SUV.

We’d anticipate a full debut for the IONIQ 5 some time a little later this year, particularly as market entry has already been locked in for early next year. Check out the spy video below for a preview. We must say, it looks very swift on the track.