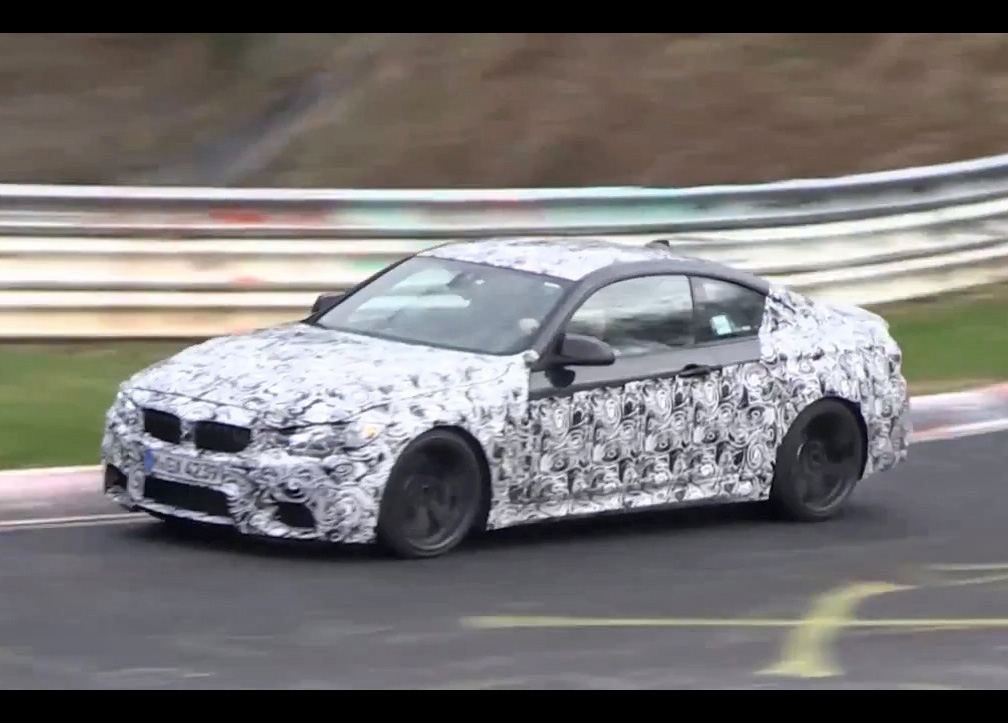 A BMW ‘M4’ prototype has been spotted on the Nurburgring for the first time, potentially embracing the new 4 Series naming sequence. So far, as far as we know, only sedan prototypes of the new M3 have been spotted. 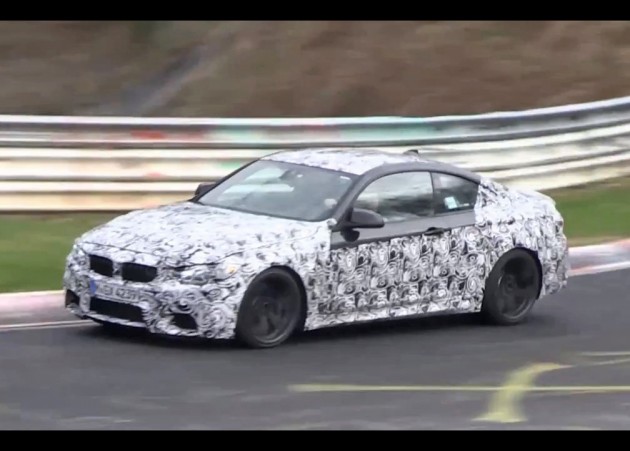 BMW is yet to officially confirm if the coupe version of the M3 will be called the M4. Since the new range of two-door 3 Series models have been confirmed as the 4 Series, it is highly likely that an M4 moniker will be implemented.

Judging by the amount of camouflaging on the car, BMW is relatively early on in the development stages. You can see there will be a traditional bonnet bulge, quad outlet exhausts, angled ‘angel’ headlights, and a deep front fascia and integrated spoiler system.

As for the engine, which will of course be shared with the M3 sedan, official details are yet to be confirmed. From various sources and evidence that is floating about, the new sports cars are set to come with a 3.0-litre turbocharged inline six.

Power is tipped to reach the 335kW mark, which would be 26kW more than the current V8, however, torque is set to peak at around 550Nm – 150Nm more than the V8 – which would make the main improvement from a performance point of view.

A concept version of the M3 and possibly the M4 are expected to debut later this year. International market entry will take place during the middle of 2014.