Ken Block is working on another installment of his famous Gymkhana series. Now up to Gymkhana Five, the new video will be set in San Francisco. 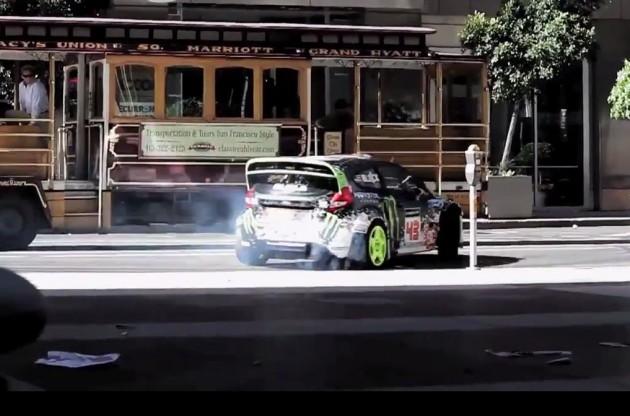 An early preview video has surfaced online showing the drift star circling around one of San Francisco’s infamous trams. The new video is expected to capitalise on the interesting street layout of the city, and particularly those sudden hilly sections.

“My idea for Gymkhana Five was simple. I wanted to build on the ultimate playground concept from Gymkhana Three, and bring the franchise back to that raw and fast feel that the earlier videos had.

“I’ve always wanted to film a Gymkhana video in a city and there are few places as unique and iconic with such amazing topography as San Francisco. While movies like Bullit and various chase scenes have tried to use San Francisco to the fullest, I’m pretty confident that I’ve proven there was a lot left to be done on those amazing streets.”

Gymkhana Five is set to air online on July 9. We’ll be sure to bring it to you as soon as it is released.