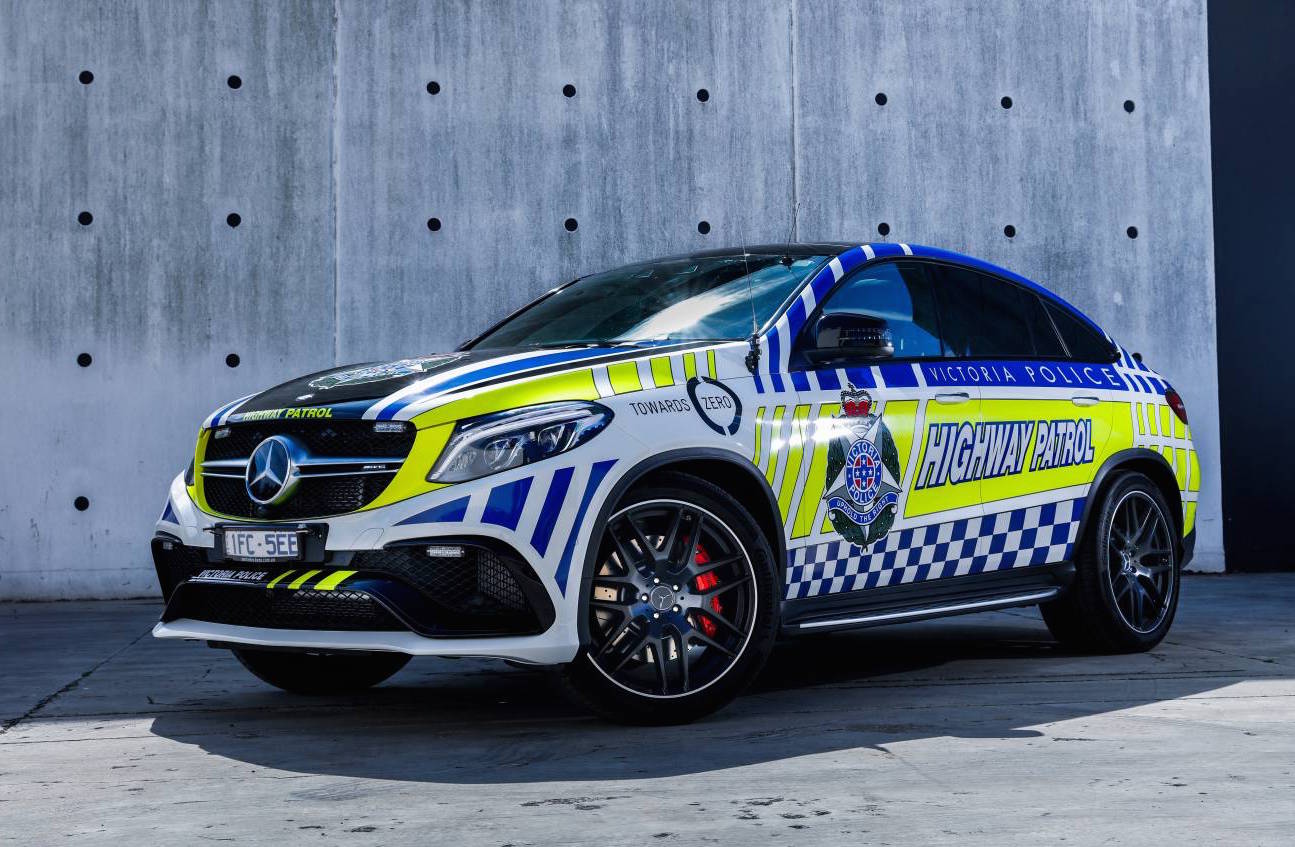 Victoria Police has a new recruit on its team. Presumably thanks to Mercedes-Benz Australia, officers will be driving around in a new AMG GLE 63 Coupe as part of a 12-month campaign. 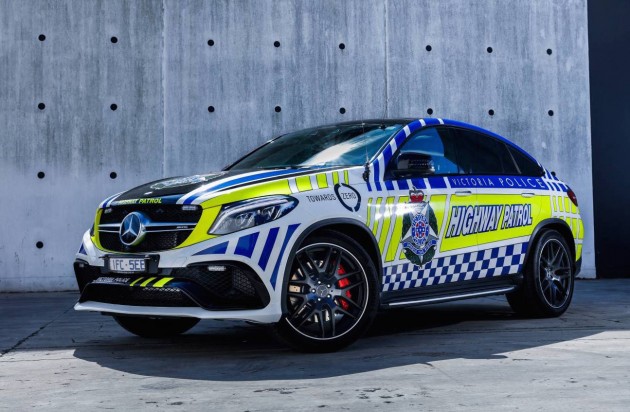 The SUV coupe, which is essentially Mercedes-Benz’s answer to vehicles like the BMW X6, will be used as a highway patrol vehicle and to promote in-car safety features at exhibits around the state.

In a press release there’s no mention what variant it is exactly, but keen-eye fans will instantly recognise the massive wheels and red performance brakes with cross-drilled discs, and the little AMG badge on the front. Yep, it’s the AU$198,900 GLE 63 AMG S version.

Victoria Police is promoting safety in a vehicle that has its top speed limited to 250km/h, with a 5.5-litre twin-turbo V8 engine that produces a rather contradictory 430kW of power and 760Nm of torque. This kind of grunt has been specifically designed for speed and thrilling acceleration, with 0-100km/h coming up in just 4.2 seconds. Of course, it likes to drink petrol, and lots of it, with an average consumption of 11.9L/100km.

Speaking about the campaign, assistant commissioner Doug Fryer said it’s important for people to consider buying the safest car they can afford when it comes to car buying. He said:

“We’re not saying that everyone needs to rush out and buy the latest and greatest but we need people to prioritise safety over leather seats and shiny wheels.”

Interestingly, the GLE doesn’t come with shiny wheels. Instead, it gets the even more fashionable black-painted wheels matching a number of black trimmings around the SUV.

The press release doesn’t specifically say if any taxpayers’ money has gone into this campaign, but we can be sure taxpayers will be paying for the fuel bill.

In our opinion, these ridiculous marketing schemes, obviously in this case funded by Mercedes-Benz Australia, should not be allowed. They completely blur and contradict the message police are supposed to be sending out.

What do you think? As appealing as it might be for civilian car enthusiasts, can a 430kW SUV with 22-inch alloy wheels and a factory sports exhaust possibly be taken seriously as a law enforcement vehicle?