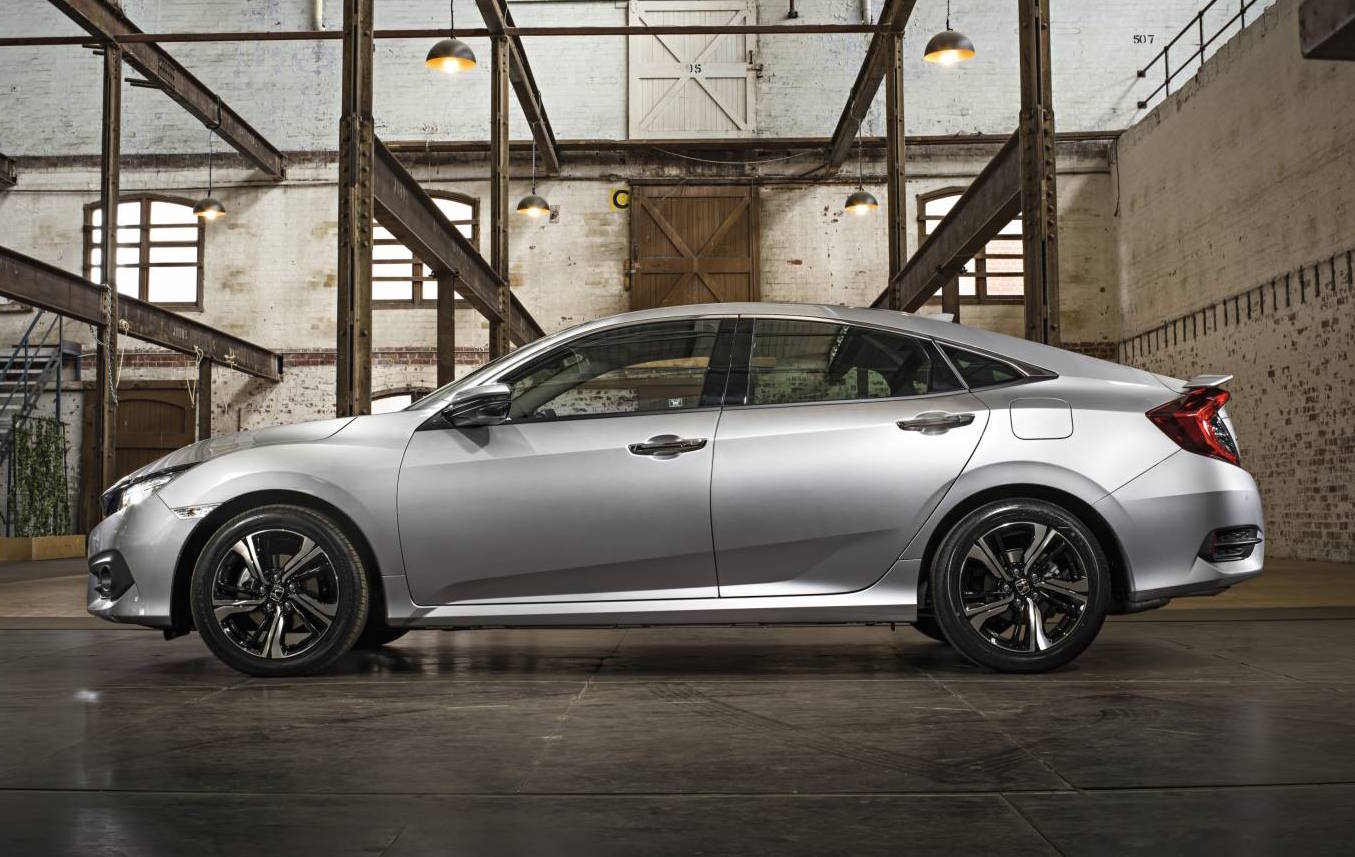 Details of the new 2017 Honda Civic sedan destined for Australian showrooms in June have been released, introducing VTEC turbo technology to the nameplate for the first time. 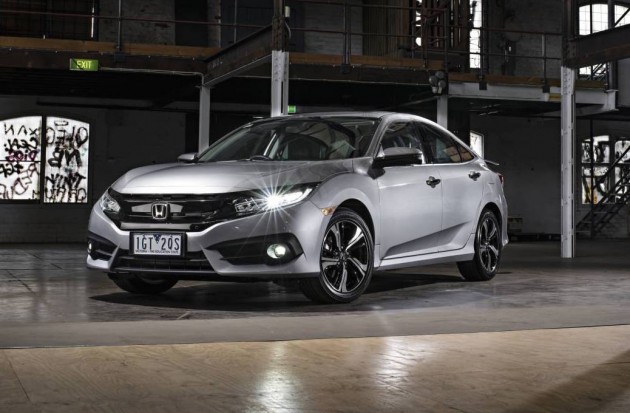 Most excitingly of all is the introduction of Honda’s new 1.5-litre turbo four-cylinder engine. It produces 127kW of power at 5500rpm, and 220Nm of torque between 1700-5500rpm. Unfortunately for enthusiasts, it’s matched exclusively to a CVT auto transmission.

This is a very interesting engine for Honda, a company that has a long tradition of highly-efficient and highly-strung naturally aspirated engines. It will also put the Civic on the map as one of the more potent small cars on the market.

Australia buyers will also be offered a 1.8-litre naturally aspirated four-cylinder engine, producing 104kW and 174Nm. This, too, comes with a CVT automatic. Performance and economy figures for both are yet to be confirmed.

All up Honda will be launching five variants of the new Civic sedan in Australia, including a sporty new RS grade (pictured) that comes with a bespoke bodykit, LED headlights and taillights, a sunroof, and other unique trimmings. Honda Australia director Stephen Collins had this to say in a recent statement:

“This new Civic for us is a game-changer. It is the most important model in our history in Australia and we’re confident the customers who have been looking for the original sporty DNA that Honda was known for are going to find it in this new Civic.”

The local arm also confirms the new hatch will arrive in the first half of 2017 followed by the Type R in the later stages of 2017. Prices of this sedan range will be announced closer to its launch in June.