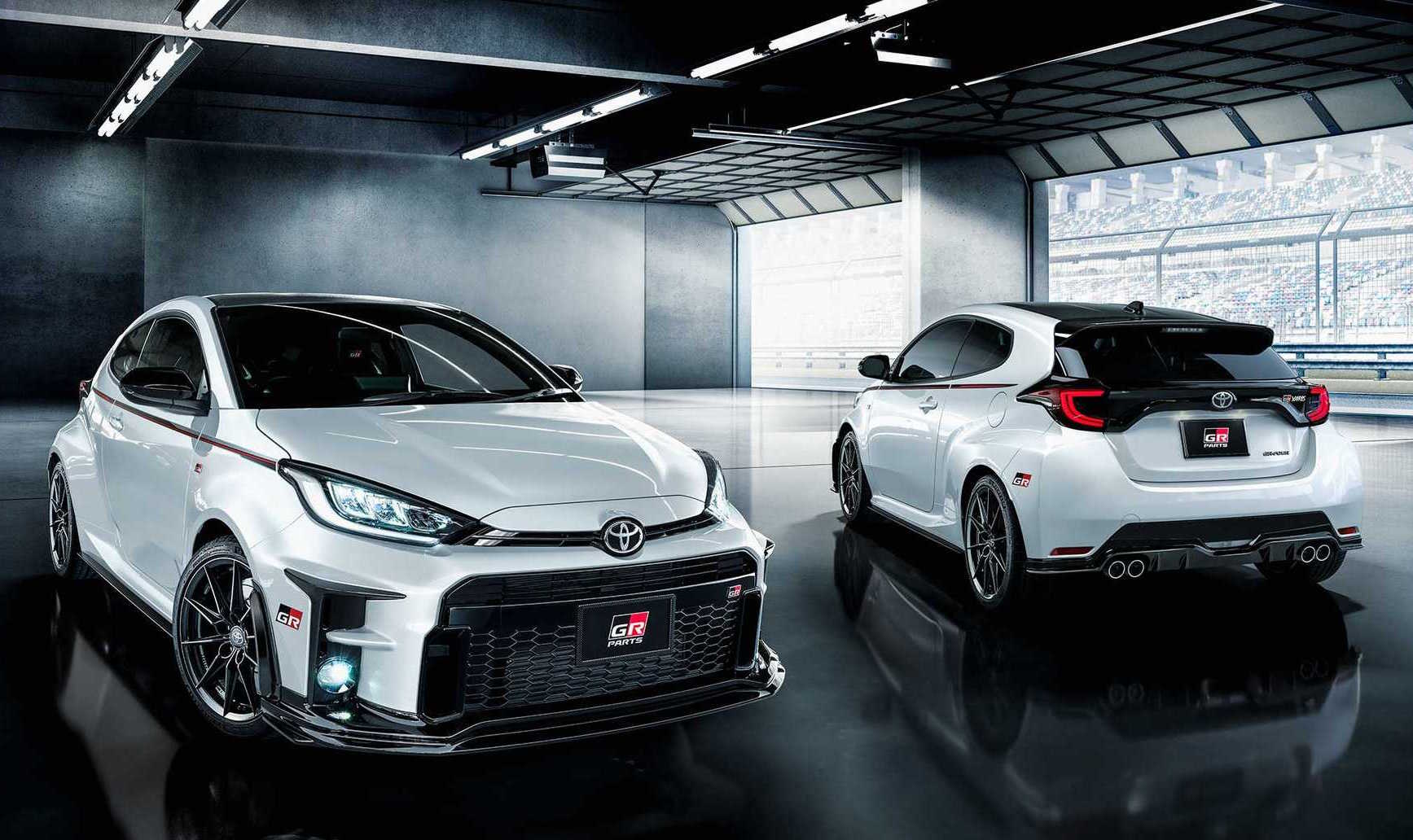 If the Toyota GR Yaris isn’t aggressive enough for you, don’t worry. Gazoo Racing has just announced a range of additional ‘GR Parts’ enhancements for the all-new hot hatch to give it a more prominent look. 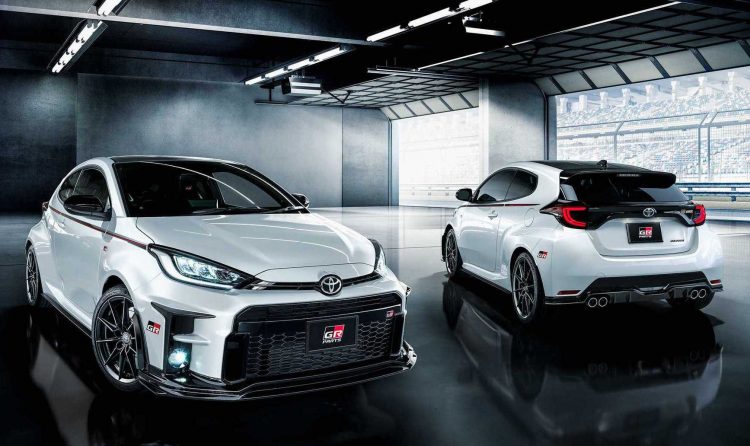 The Toyota GR Yaris is the second proper ‘GR’ model to be launched by Toyota, following the GR Supra. It’s based on the new-generation Yaris and features a bespoke 1.6-litre turbo three-cylinder engine that produces 192kW and 360Nm. It is the most powerful production three-cylinder engine on the market.

All of that grunt is sent through an all-wheel drive system via a six-speed manual transmission. Toyota hasn’t claimed any 0-100km/h figures, but given the micro machine weighs just 1280kg, it should be pretty freakin’ fast. The top speed is limited to 230km/h. 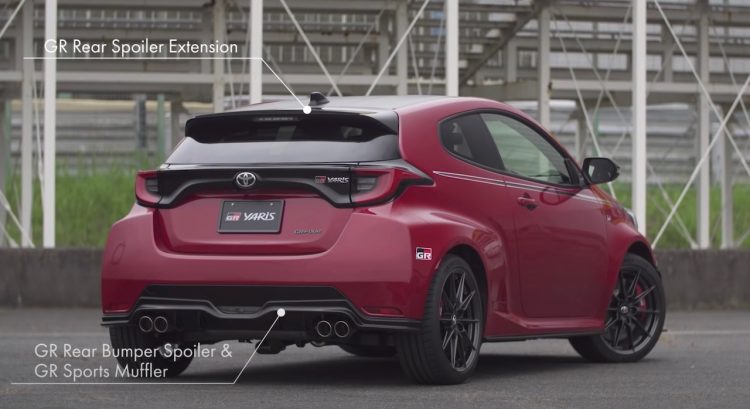 The GR Yaris doesn’t really look like any other variant. It’s a three-door, for starters, featuring pumped out wheel arches, lightweight 18-inch alloy wheels, a big intake system in the front end, and a black spoiler and diffuser element at the rear. It looks fat. Some red-painted GR brakes top it off.

But for those wanting something more exclusive and special, Gazoo Racing is has just announced a range of additional enhancements that will be available. At the front buyers are offered a lower and further-protruding splitter system integrated with the big grille and intake. Unique pinstripes can be added to the sides, while the rear end can be complemented with a chunkier diffuser piece and quad-outlet exhausts. 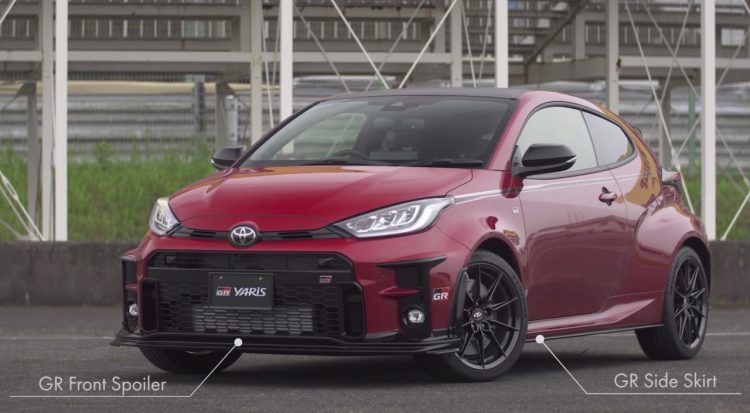 Other highlights include special floor mats inside, carbon fibre number plate holders and tyre valve caps, and carbon fibre interior garnishes. A special Gazoo data-logger is also being presented, plugging into the Yaris’s USB port to provide performance data via a special app.

There are no real performance gains to be experienced with the enhancements, however, Gazoo is offering a rigid strut tower brace for the front end to improve front end stiffness. Check out the promo video below for some background on the development of the GR Parts – it is in Japanese but you can activate closed captioning for automatic translation. It shows footage of hot laps at Tsukuba Circuit (about the 3:00 mark).

The Toyota GR Yaris has been confirmed to go on sale in Australia “later this year”. Prices are yet to be announced.