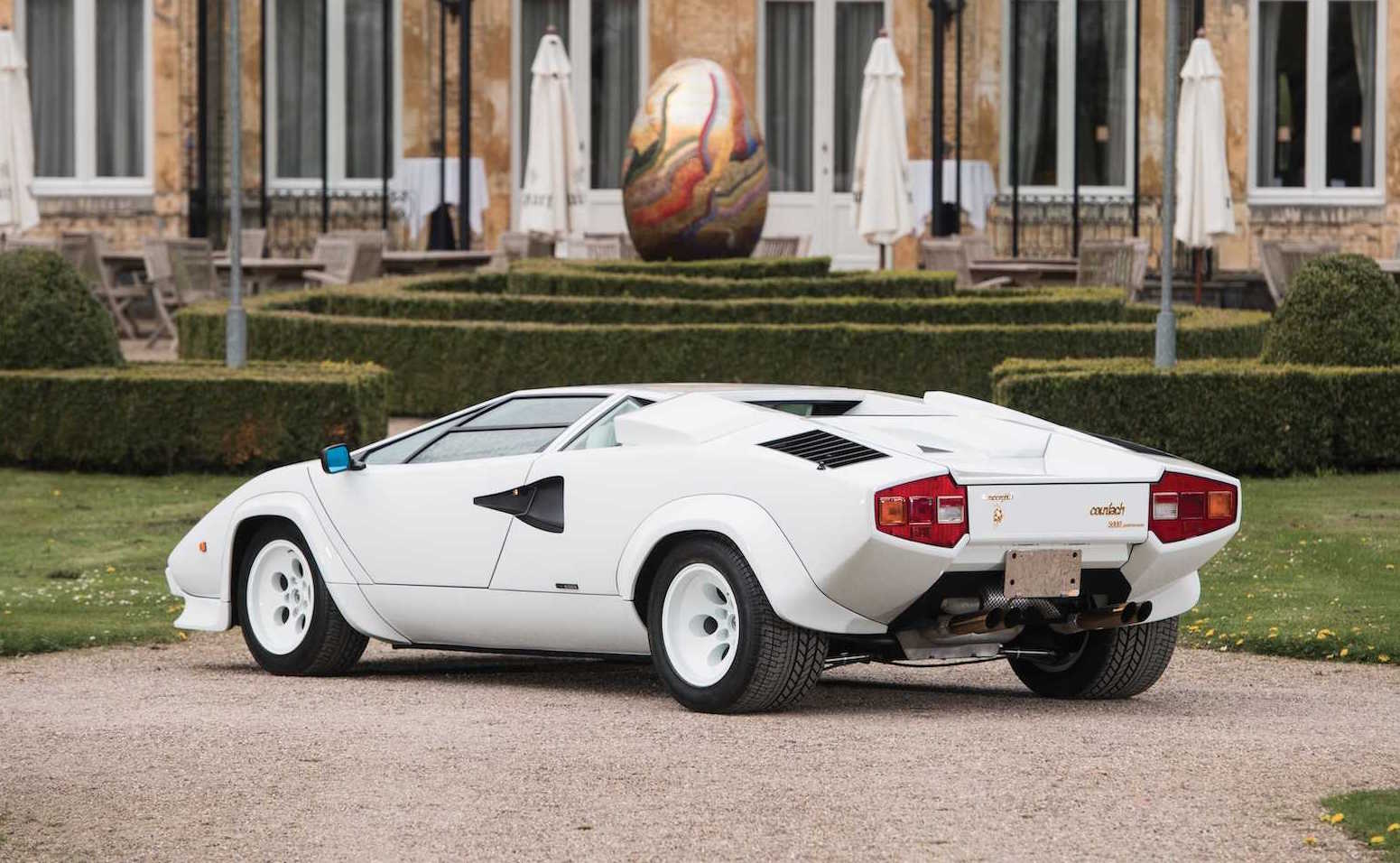 The Lamborghini Countach is an iconic wedge of supercar excess, which adorned more bedroom walls than driveways by an order of magnitude. 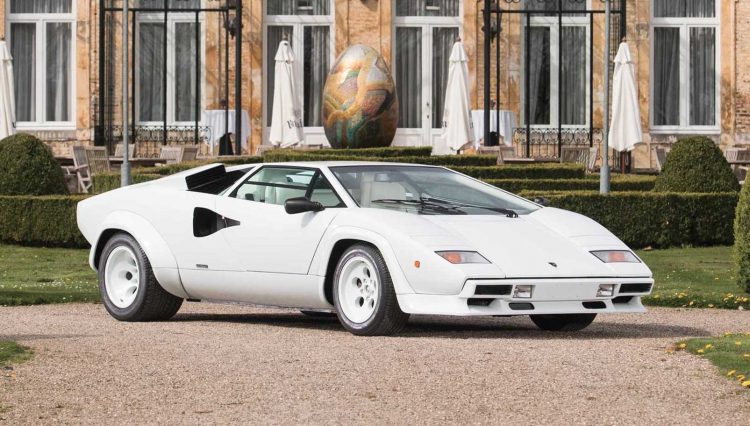 Marcello Gandini of Bertone’s 1974 original started out as a relatively pure car, albeit with scissor doors and a profile that made it look out of this world, even compared to its beautiful Miura predecessor. The Countach’s radical themes were evolved through Diablo, Murcielago and Aventador. Then LP500 added body heft and a rear wing, which is just about the only thing this 1987 example is missing.

How do you go about making the ultimate symbol of 1980s’ wealth even more decadent? With 23-karat gold, of course. The rare element that only forms when a star explodes can be found lining the door sills, steering column and instrument cluster. 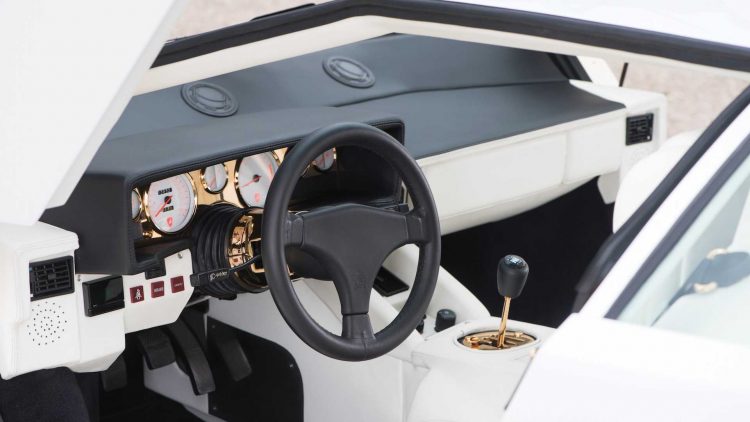 Other parts include exterior badging, door grabs as well as the shifter and open-gate, so you can slice through the gears in extreme luxury. These relatively subtle touches are a contrast to many of the vulgar, sheikh specials that have gold paintwork.

This car was originally a US-delivered example in 1987, before making its way to Japan. It is now in the hands of a Dutch collector, who is expected to net US$635,000 (about AU$856,000) from the RM Sotheby’s auction, and the Villa Erba sale on the 27th of May. What do you think? Does the gold enhance the car? Or is it too much?