Ferrari has released a second teaser video of the upcoming Ferrari 620 GT 599 successor. This time revealing shots of the new body being manufactured. The 620 GT name is still yet to be confirmed. 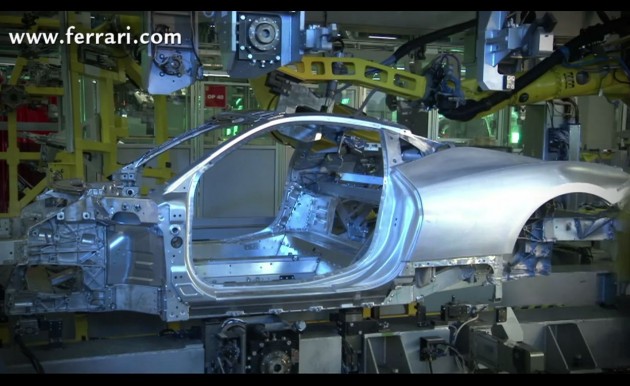 Ferrari is planning big things for the 2012 Geneva Motor Show, and has really hyped up the fact the new 599 will be the most powerful production Ferrari ever made. Industry experts speculate power coming from a revised version of the 6.3-litre V12 engine found in the Ferrari FF.

The engine will feature direction injection and is set to produce around 522kW (700hp). A seven-speed dual-clutch transmission will likely back up the unit, providing zero-second shifts and extremely rapid acceleration.

All will be revealed on February 29, next Wednesday. Click play below to take a glimpse.