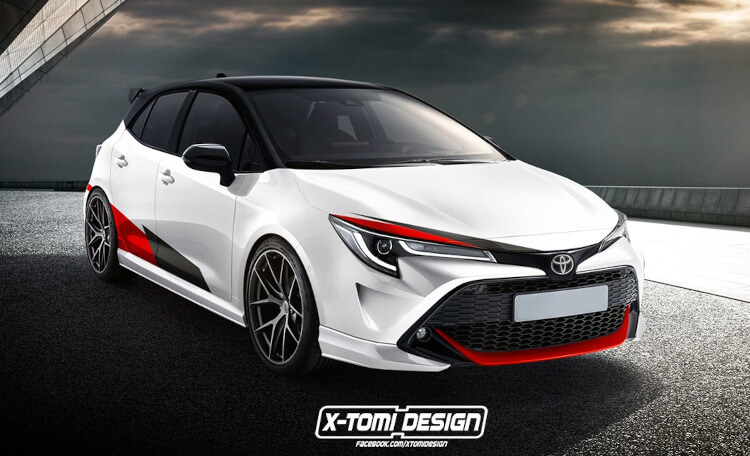 Toyota is apparently planning a hot hatch GR version of its Corolla, which is set to adopt an enhanced version of the GR Yaris’s 1.6 turbo engine. This would mean a new world record for a mass-production three-cylinder.

It couldn’t come soon enough, really. Toyota has been missing from the hot hatch segment since pretty much forever. And now with so many contenders in this space, with everything from the Hyundai i30 N, Renault Megane RS, and Honda Civic Type R, it seems unusual that Toyota isn’t already here.

The GR Yaris does fill some of the void, though. However, it is a project which ties in with the company’s efforts in WRC, with the Yaris-based rally car and whatnot. According to reports though there is a GR Corolla coming soon, with an unveiling said to be planned for the second half of this year.

It’s understood it will be sold primarily (and initially) in the USA, but a quick search of the Australian Intellectual Property database shows Toyota has registered a trademark for the name, GR Corolla. That doesn’t confirm such a model for our showrooms, but it shows the company is at least considering it and protecting the name locally. 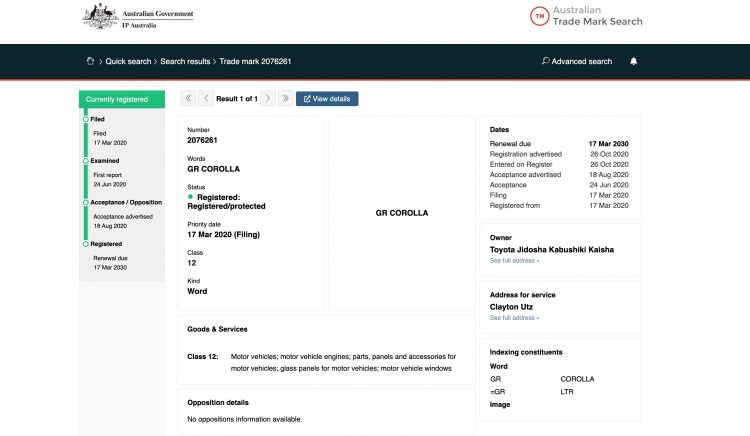 There have been a few rumours circulating in regards to the possible powertrain. And all point to a high probability of the 1.6-litre turbo three-cylinder from the GR Yaris being used. Especially considering Toyota doesn’t usually do one-off engine builds as it’s not good for business economy.

Instead of developing 200kW and 370Nm like it does in the GR Yaris, there’s talk of it being tweaked further to around 221kW (300PS). The little 1.6 must already be near its peak performance, so it will interesting to see if this turns out to be correct. It would mean a new world record for a three-cylinder production engine, again.

Like the GR Yaris, the GR Corolla is set to carry over the all-wheel drive system. Although both models are based on the TNGA platform, just like the RAV4, the regular Corolla is not available with AWD in Australia. It is available with an E-Four system in some markets though, with an electric motor driving the rear wheels.

In other areas, we should expect a dedicated sports suspension setup with tuning by the Gazoo Racing department, eye-popping brakes, and a unique aero kit for the body as depicted by the rendering above – by X-Tomi Design. There might even be a carbon fibre roof, like the GR Yaris, while passengers will no doubt be treated to bespoke sports seats, and GR-exclusive trimmings to highlight its significance.

If the word on the street is correct, we should know more about the potential model in the coming months, ahead of the proposed debut in the second half of 2021.