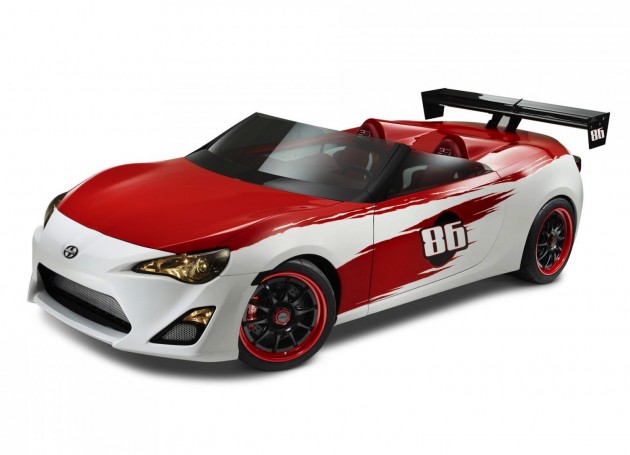 From around the waistline up, it’s all custom work. There are shaved down side windows, and pillar-less windscreen, and a twin-buttress rear section behind the cabin, with twin roll-over hoops. 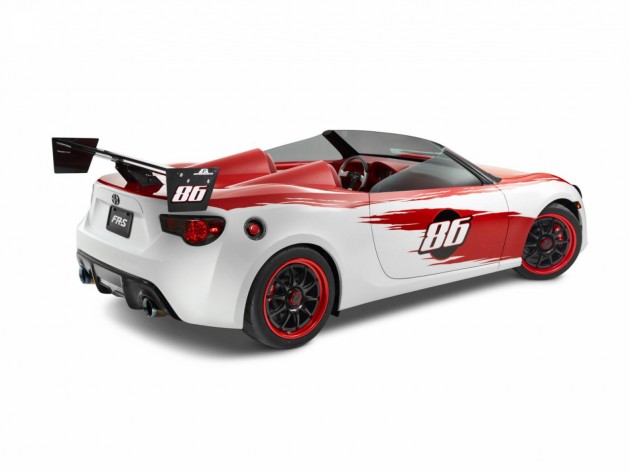 Under the bonnet, the standard 2.0-litre boxer engine resides. It produces 147kW of power and 205Nm of torque. The Scion FR-S Speedster does feature a GReddy SP Elite exhaust system though, KW Clubsport coilover suspension, and a high-performance Wilwood braking system hiding behind a set of 18-inch Forge Line center-lock alloy wheels.

The open-top styling does give us a bit of an insight into what a convertible version of the Toyota 86/Subaru BRZ could look like. What do you think of it?