Remember the impeccably restored Singer Design Porsche 911 projects from earlier this year? The company has just made an international debut at the 2011 Los Angeles Auto Show showing its fourth project. 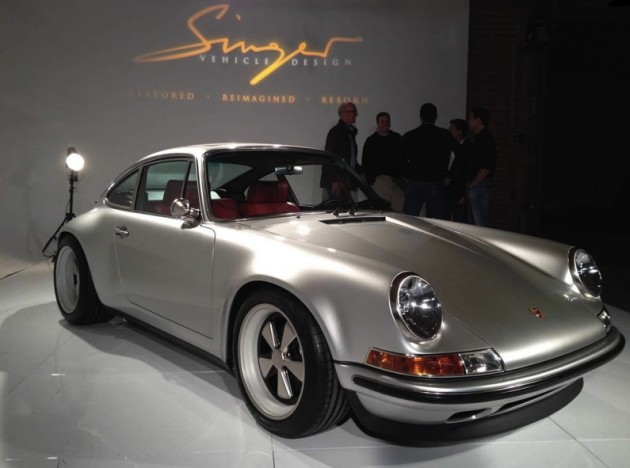 This stunning silver Singer Design Porsche 911 is the companies fourth finished project now, based on a 964 1990-1994 Porsche 911 chassis dressed in the ultimate combination of old-school items. The company says this example has been built to offer touring, luxury and sporting characteristics.

“With each restoration we strive to find the right blend of classic 911 character and technical sophistication, and thanks to our partners at Cosworth and Aria Group, and a small village of gifted artisans and craftsmen here in Southern California, we’re celebrating the most important sports car in the world.”

It features a new Singer Racing Silver exterior matched with an exquisite Ruby Red interior. The body is mostly made from carbon fibre in partnership with Aria Group, while the interior is upholstered in fine cross-stitched leather.

Singer Design offers Porsche 911 packages with plenty of different customisation options. Prices start at around US$190,000 to $300,000. All are built with complete attention to detail and are specified to suit the customer’s requirements.

Surely one of the best restored and recreated Porsche 911 options around.