What you see here is the remains of a 2012 BMW M5 crash that occurred recently on one of Germany’s autobahn freeways, at a reported 300km/h. The M5 is completely mangled. 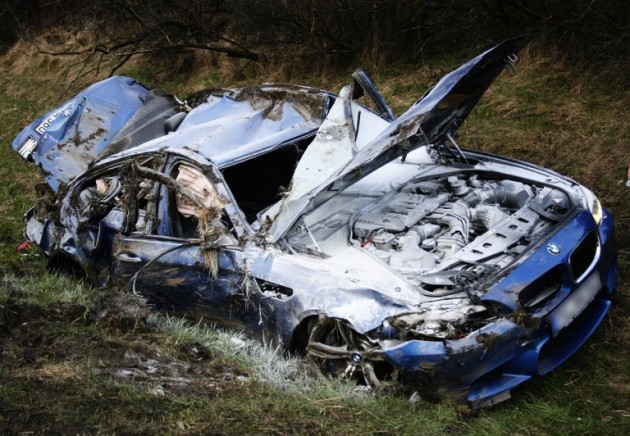 This is the first new 2012 BMW M5 crash we’ve seen, and it’s likely the first ever to happen of this magnitude. The car is almost indistinguishable, with a torn up and crushed in rear, and a badly twisted and crumpled roof. It looks as though the M5 was dropped from a helicopter.

The crash occurred on the A81, an unrestricted autobahn. According to reports, the accident was caused by another car which entered the autobahn and cut in front of this M5, which was flying along in the fast lane. The driver then had no choice but to swerve, hitting the guardrail. This sent the M5 into a violent spin, and roll. 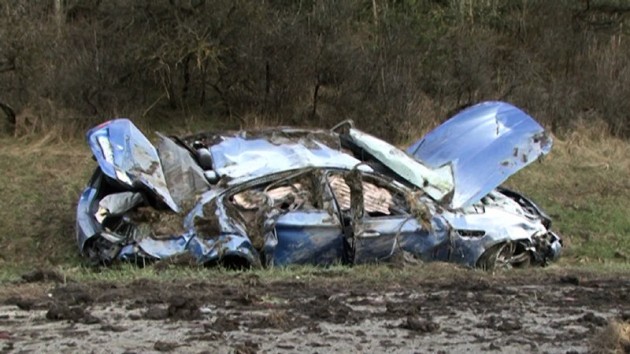 At the time of the high-speed 2012 BMW M5 crash, the vehicle contained two passengers; the 60-year-old driver and a 20-year-old. It’s understood both survived but are suffering from substantial injuries.

A group that knew the M5 driver were following behind in other M cars just before the accident, and assisted the pair in the M5.

Meanwhile, the car that cut the M5 off in the first place is apparently on the run.