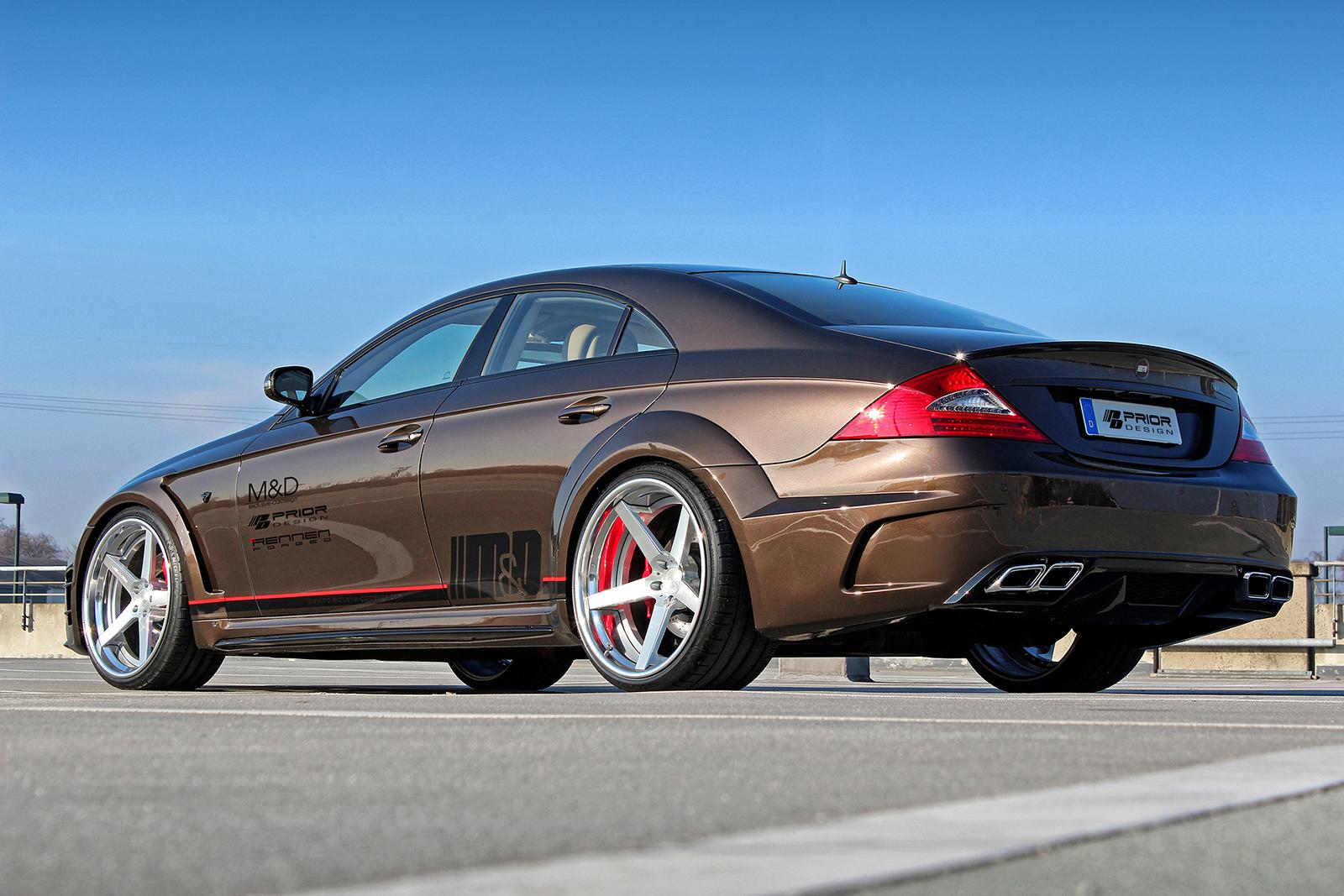 There’s something instantly appealing about the Mercedes-Benz CLS that lends itself very well to tuning and modification. From the sleek coupe layout to the sheer presence of a large modern Mercedes, Prior Design has come up with a kit that amplifies these traits to the extreme. 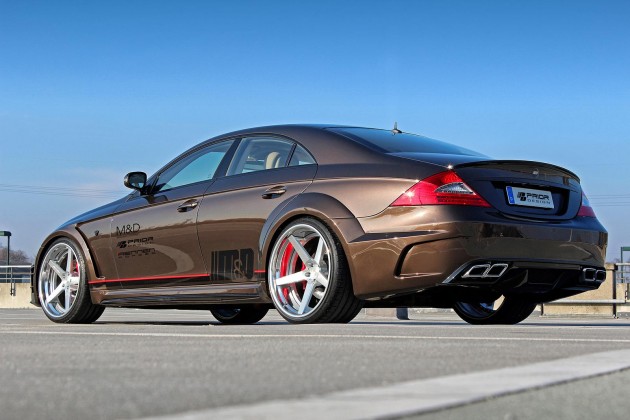 It’s mainly a cosmetic upgrade package, and as you can see, it’s now more imposing than ever. Obvious pumped wheel arches give it an anabolic tough-boy stance, like it’s just been to the gym, while a much more aggressive front bumper bar adds a racy spoiler section to the bottom.

Along the sides are some matching skirts that extend from those bolstered wheel arches, and around at the back you’re attention is drawn to the chunky diffuser section and quad exhaust system. 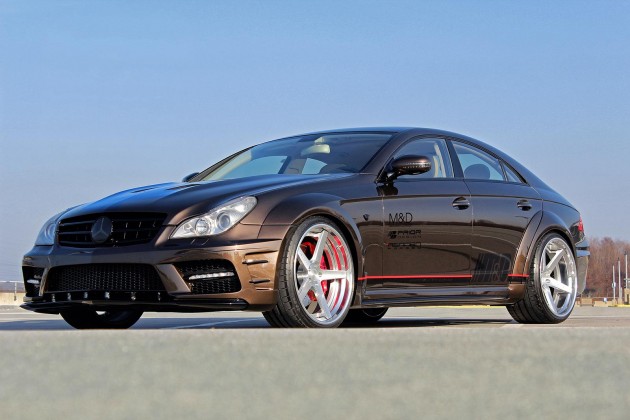 Speaking of the exhaust, this particular show car – called the ‘brown grizzly’ – uses an active stainless steel exhaust system with valve control. To top it all off there’s also a set of Rennen Forged lightweight, deep-dish alloy wheels.

At first we were not sure about the metallic brown colour scheme, but after looking through the various angles it does tend to grow on you. What do you think? Either way, it sure would attract a lot of attention no matter where it goes.