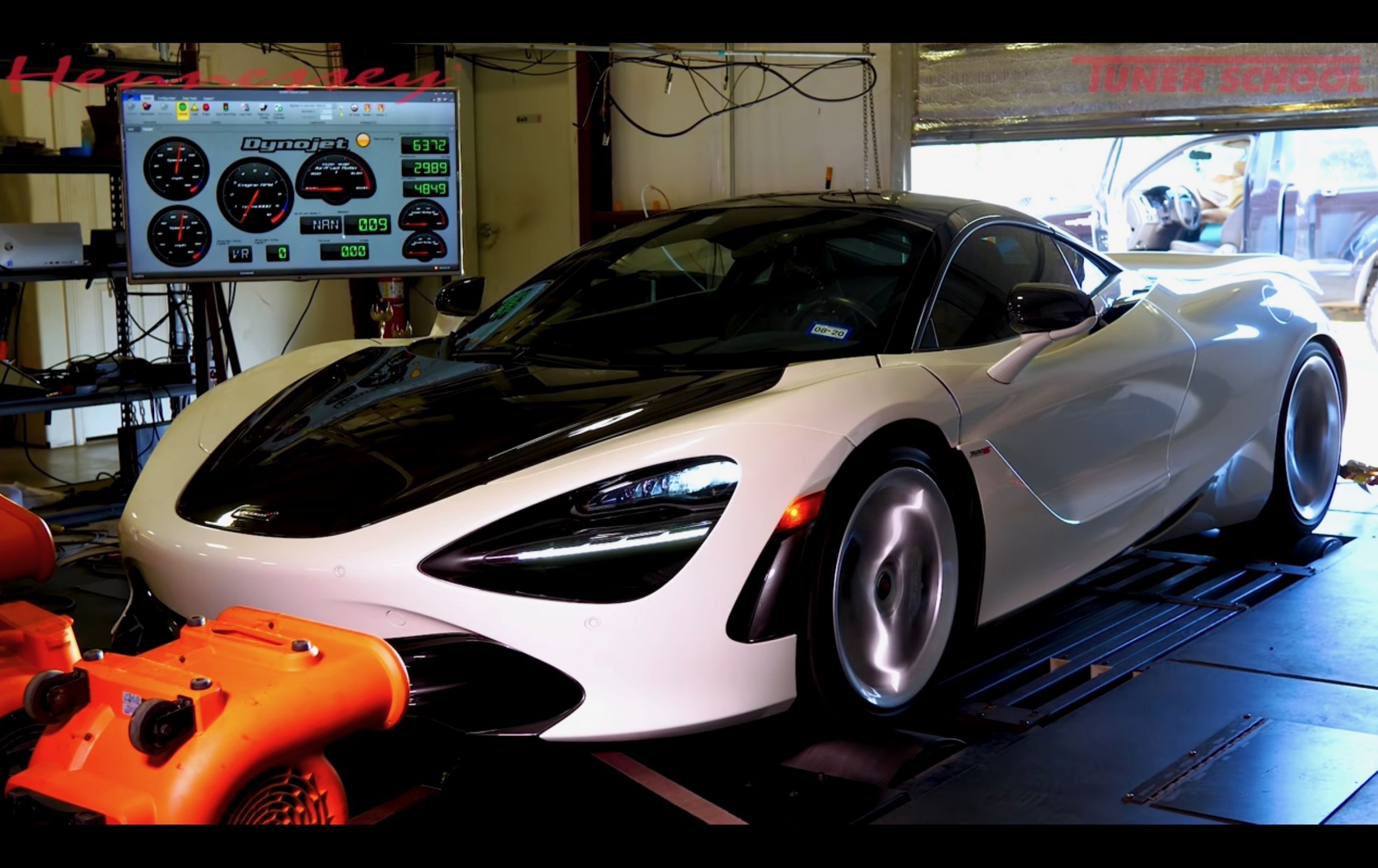 We’ve all seen plenty of sports and performance cars on the dyno, but it’s not very often somebody chucks a cutting-edge supercar onto a rolling road to see what it does. Here we have a McLaren 720S undergoing such analysis. 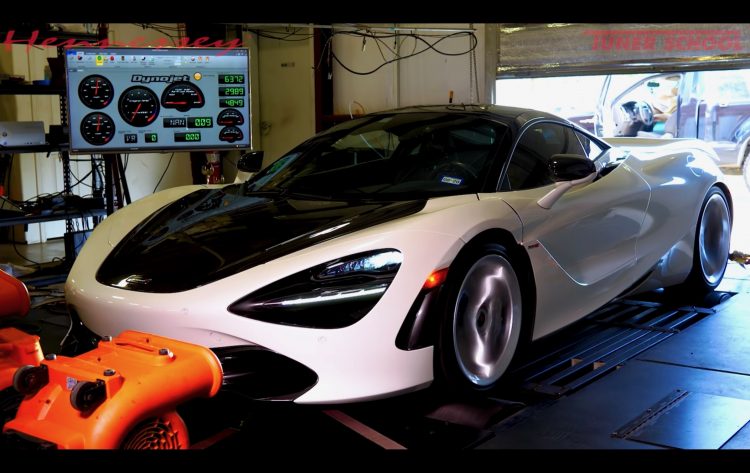 It comes from Hennessey Performance in the US, a company renowned for extreme aftermarket tuning and even a manufacturer in its own right, producing the epic Venom GT and the new Venom F5. The company has been doing some benchmark testing of the McLaren 720S to see what it can do for it.

Hennessey is planning some aftermarket tuning packages for the supercar, and to get a bit of an idea of what gains it is aiming for, they strapped a white example down on the dyno to see what it had. The result was 504kW at the wheels. Check it out in the video below.

That’s an awesome result considering the drivetrain loss is usually around 10 per cent – this result is only about 5 per cent. Obviously the 720S is a mid-engined vehicle and thus doesn’t exactly have a long driveshaft to waste away engine twist, but even still the gearbox and axles seem to be very efficient in delivering the power.

As for the upgrade packages, Hennessey offers three options for customers. There’s the HPE800 package that includes some engine computer tuning, and revisions to the intake and exhaust. For more, there’s the HPE900 package, adding revised turbochargers and intercooler, while a HPE1000 pack adds a Motec engine management system, upgraded transmission, and full custom headers and exhaust. Power ratings are in accordance with the figure in the package name, in horsepower.