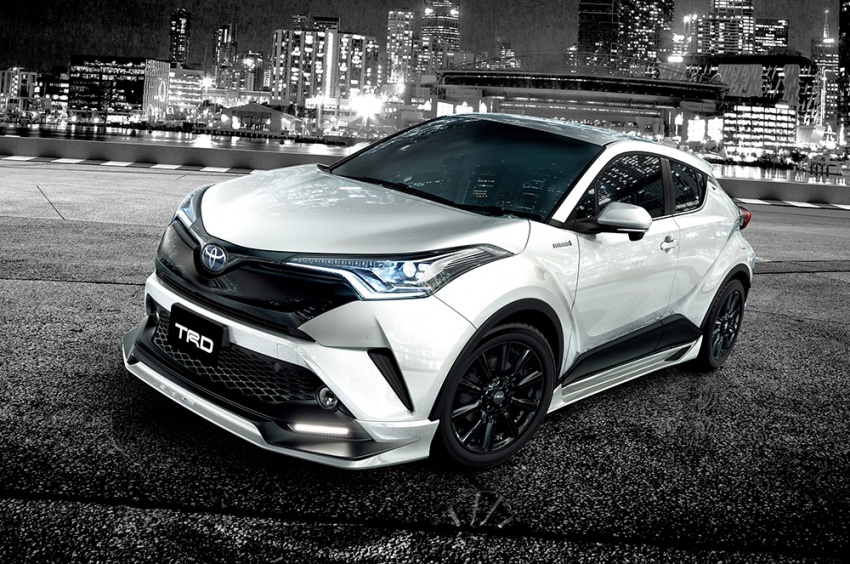 Toyota’s C-HR is already one of the brand’s most adventurous and edgy styling efforts to date, and will be joining us early next year. That hasn’t stopped Toyota’s tuning division TRD and Modellista from adding unique body additions with the Aggressive Style and Extreme Style packages. 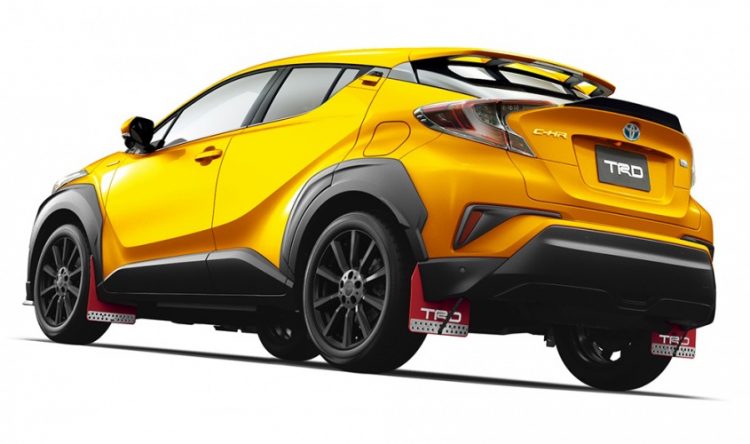 Extreme Style is distinguished via highly-pronounced black plastic cladding around the wheel arches and door sills, rear bumper extensions, a roof wing and flamboyant red mudflaps front and rear, against cheese yellow paint. 16-inch alloy wheels are finished in either black or silver.

The Aggressive Style pack has radical front bumper extensions and a black panel under the grille to give the driver ahead the impression they are about to be swallowed up by a piranha with braces. Other additions include a lip spoiler, roof spoiler and a diffuser at the rear, all finished in a cooler silver hue. 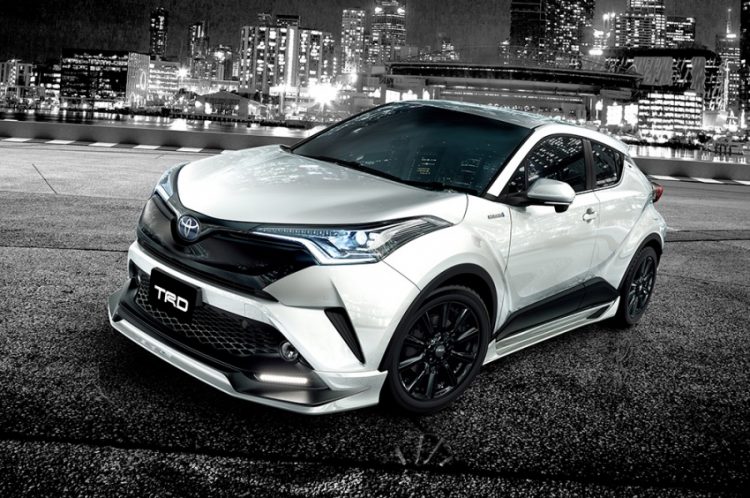 Toyota Australia has no official plans to offer these parts in Australia at this stage. The new SUV is scheduled to arrive Down Under during the first quarter of 2017. It will come with a new 1.2-litre turbo engine, while all based on Toyota’s fresh TNGA platform.