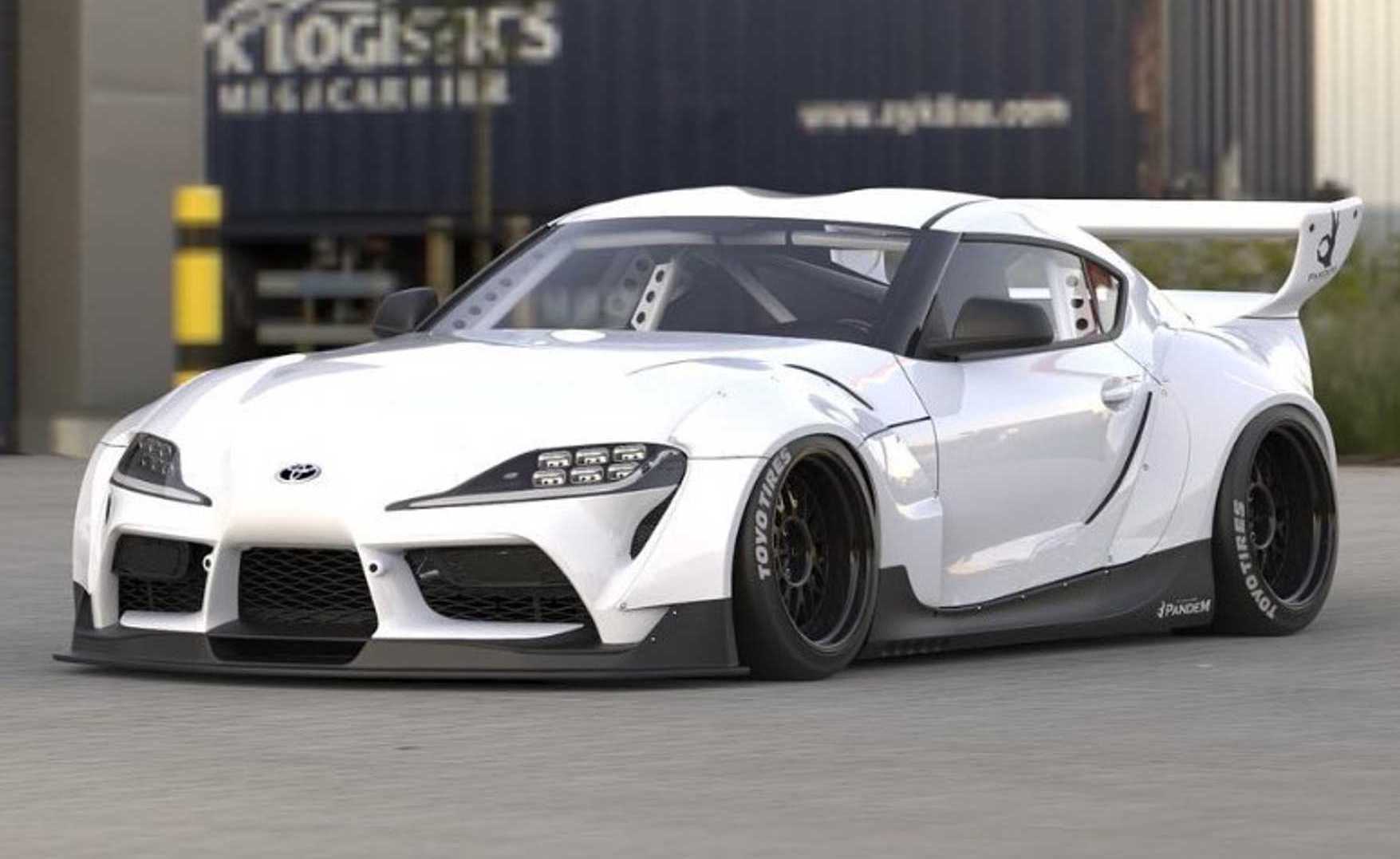 It’s exciting times ahead in the automotive tuning world, with one of the most recognisable nameplates in this space making a comeback. Yes, we are of course talking about the new Toyota GR Supra. Japanese tuning specialist Rocket Bunny is already proposing some wild plans for the new model. 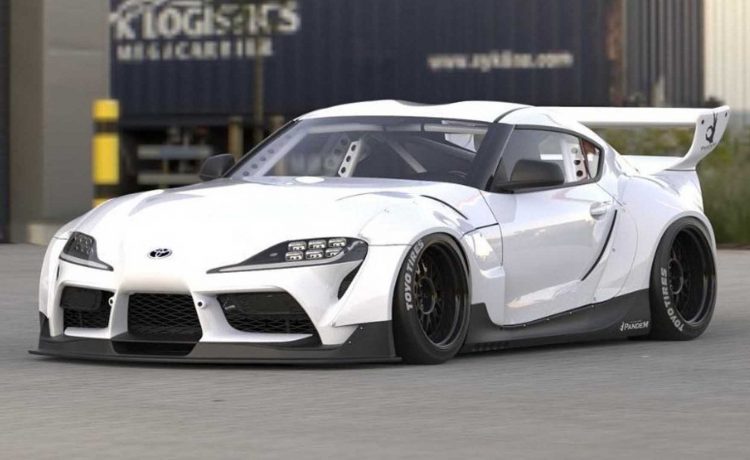 So far the plans are only in digital form and reside in the minds of the project leaders. But these preliminary renderings give us a pretty good idea of how awesome the package will be. It looks like the firm is designing a fat, wide-body kit for the GR Supra to give it a hardcore street racer theme.

At the front is a heavily enhanced bumper bar with an extended splitter along the bottom, and much wider wheel arch flares that require their own special mounting screws. Rocket Bunny seems to have blended in the standard design of the Supra very well, accentuating the trio of air intakes. 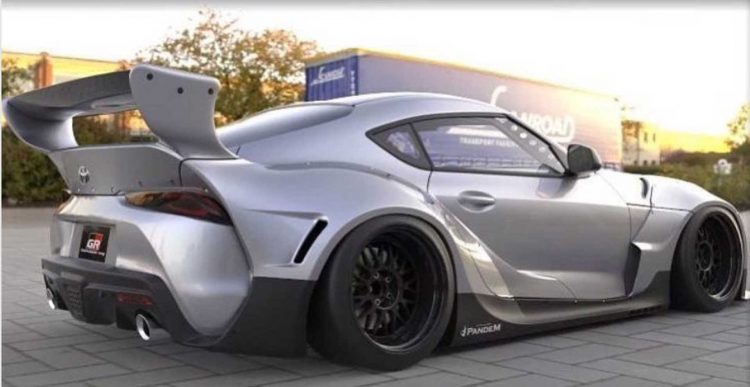 Down the sides it’s a similar story, with extended skirting building on from the Supra’s natural lines. And then at the back it goes extreme. There’s a huge wing that’s mounted on an extended version of the standard wing, with massively pumped wheel arches giving the impression of a full-on race car. A discreet diffuser element sits in the middle, looking quite similar to the standard item.

There’s no mention of any under-bonnet tweaks, however, the company has put together a computer-game-style video showcasing the project car. And it looks like it has more than enough power to turn the rear tyres into dust. Check it out below. A full reveal of the project is expected later this year.