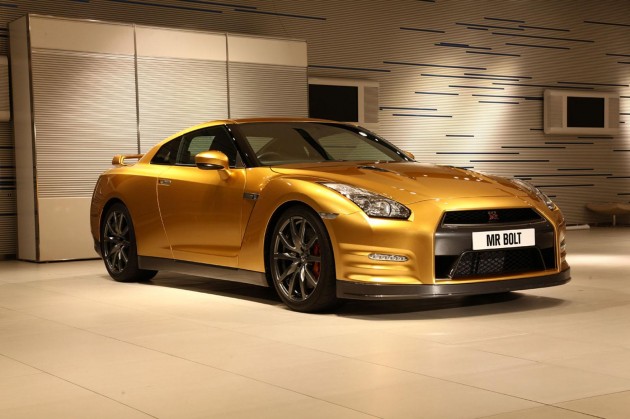 The one-off gold creation features an embossed highlight of Bolt’s signature as well as various bespoke interior trim finishes, including some in real gold. 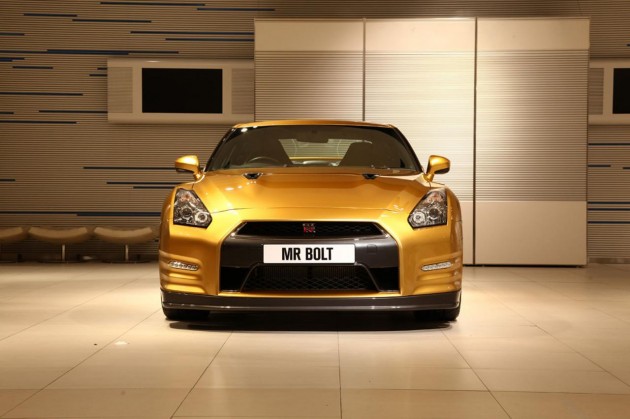 The car will be sold off in an eBay auction with proceeds going to the Usain Bolt Foundation. The foundation provides help to young people and children, including with education, in Bolt’s home country of Jamaica.

Bolt is not only the face of the GT-R gold edition, Nissan is also enlisting the help of Bolt to form a special edition GT-R which will become available on the market in the near future. Nissan announced,

“Bolt will start work with Nissan product specialists on a limited-edition version which can be ordered in markets where GT-R is available. Details of this project will be announced at a later stage.”

Bolt recently spoke about his new role at Nissan, saying,

“Racing is my inspiration, and I want to help Nissan become an even more exciting brand for everyone.”

We’ll b sure to keep you updated in terms of development on the new projects.