BMW has released some promotional footage of the upcoming 2012 BMW M5 being driven around the Ascari circuit in Spain. It’s raw and uncut and gives us a clean indication of what the 4.4-litre twin-turbo V8 will sound like under full acceleration. 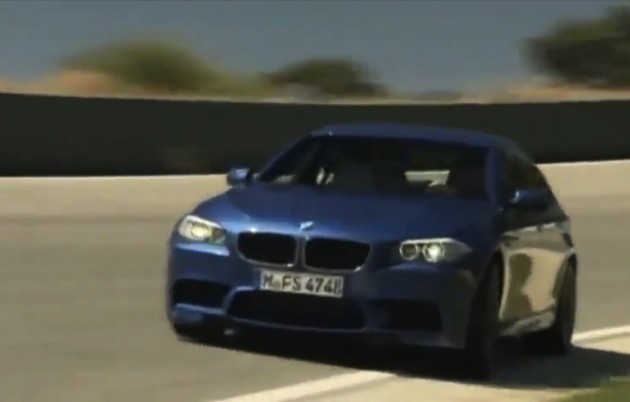 We’re glade to tell you that the new BMW M5 will sound like a proper M car, with that distinct singing induction noise. The BMW M5 B-roll video is meant to be cut up for editorial and advertising purposes, but this completely uncut version recently released by BMW reveals all.

For those who aren’t already sucked to the screen the moment anything about the new M5 is mentioned, the 2012 BMW M5 will feature a 4.4-litre twin-turbo V8 pumping out 412kW and 680Nm. Matched to a seven-speed M dual-clutch transmission, BMW says the new M5 will do the 0-100km/h dash 4.4 seconds and go on to a limited top speed of 250km/h.

It’s going to be an excellent sports sedan when it hits the market early next year, and a great successor to the outgoing 5.0-litre V10 M5. Prices for the new model are yet to be confirmed but reports suggest it will be slightly more expensive than the outgoing version (above $242,000). We’ll provide further updates on the price as soon as possible.