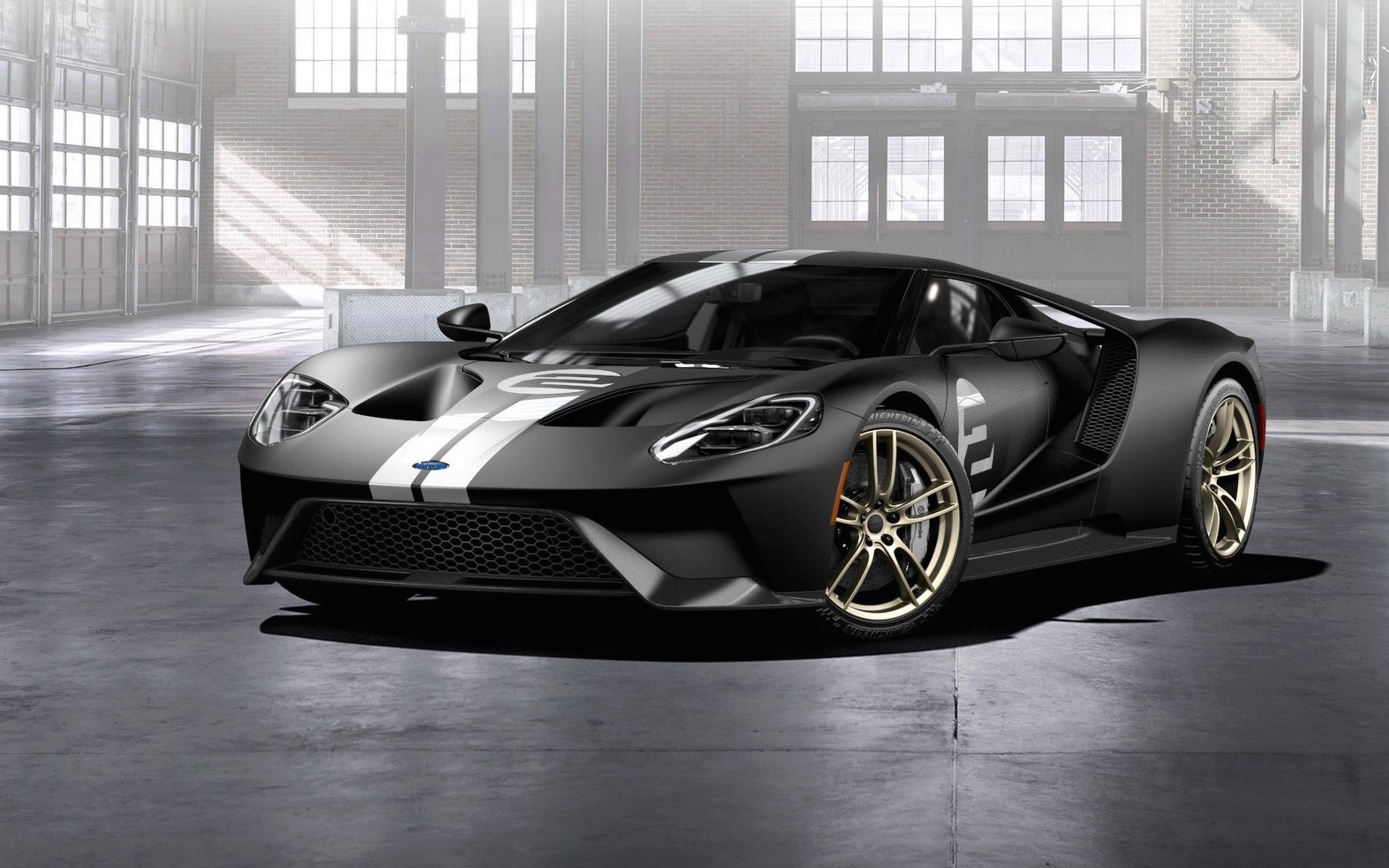 A new special ‘66 Heritage Edition’ of the Ford GT hypercar is unleashed off its chain to commemorate the 1966 Le Mans dominance which so embedded the original GT40 Ford in folklore, when it gave Enzo Ferrari’s ego a walloping. 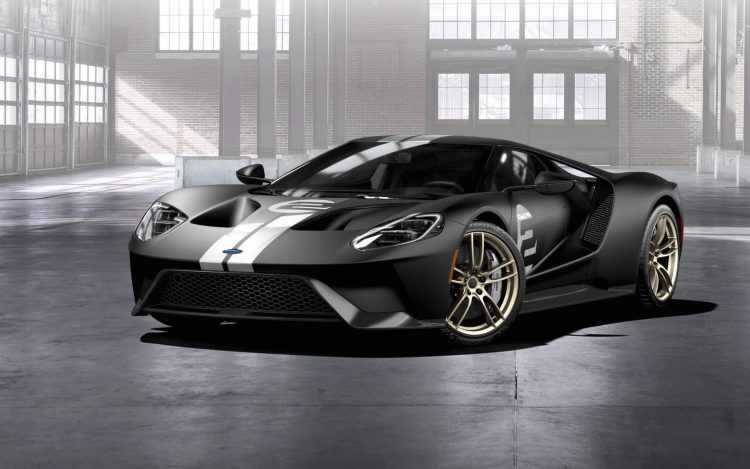 Back then Ford managed a podium-sweeping 1-2-3 finish, with the first car driven by Bruce McLaren (the guy who went on to start McLaren, before dying), and Chris Amon.

This latest edition shares the same colour scheme as the original, called Shadow Black, with stripes available as an option. Matte or gloss finishes are available as well as sexy exposed carbon fibre. A number 2 on the bonnet completes the exterior appearance aside from single-piece 20-inch wheels.

Inside, the Heritage Edition cops some satin gold to match the wheels, with nostalgic racing seat belts. The seats themselves are ebony leather with old-school ‘plow-through’ stitching and GT logos on steering wheel and headrests. 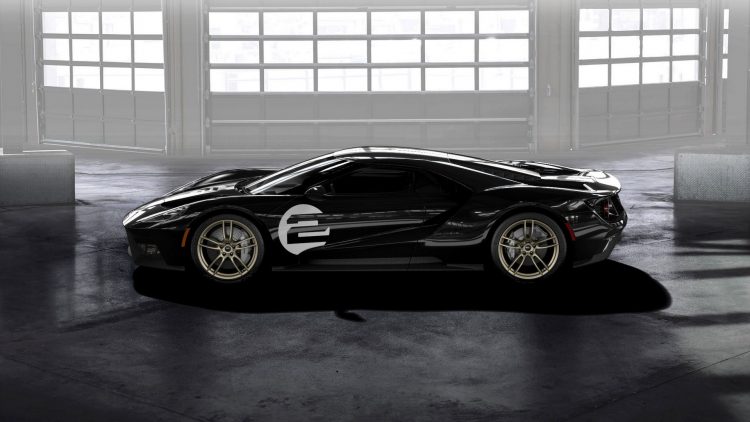 Powered by a 3.5-litre twin-turbo V6 smashing out 447kW through a dual-clutch gearbox, Ford’s fastest, most expensive and most exotic supercar is not available in Australia.

Just as the original became a template for matchbox cars and bedroom posters alike, this new one is sure to adorn the desktops of many computers and smartphones.

Just this month, history repeated itself as the new, racing version of the Ford GT won its class at Le Mans.