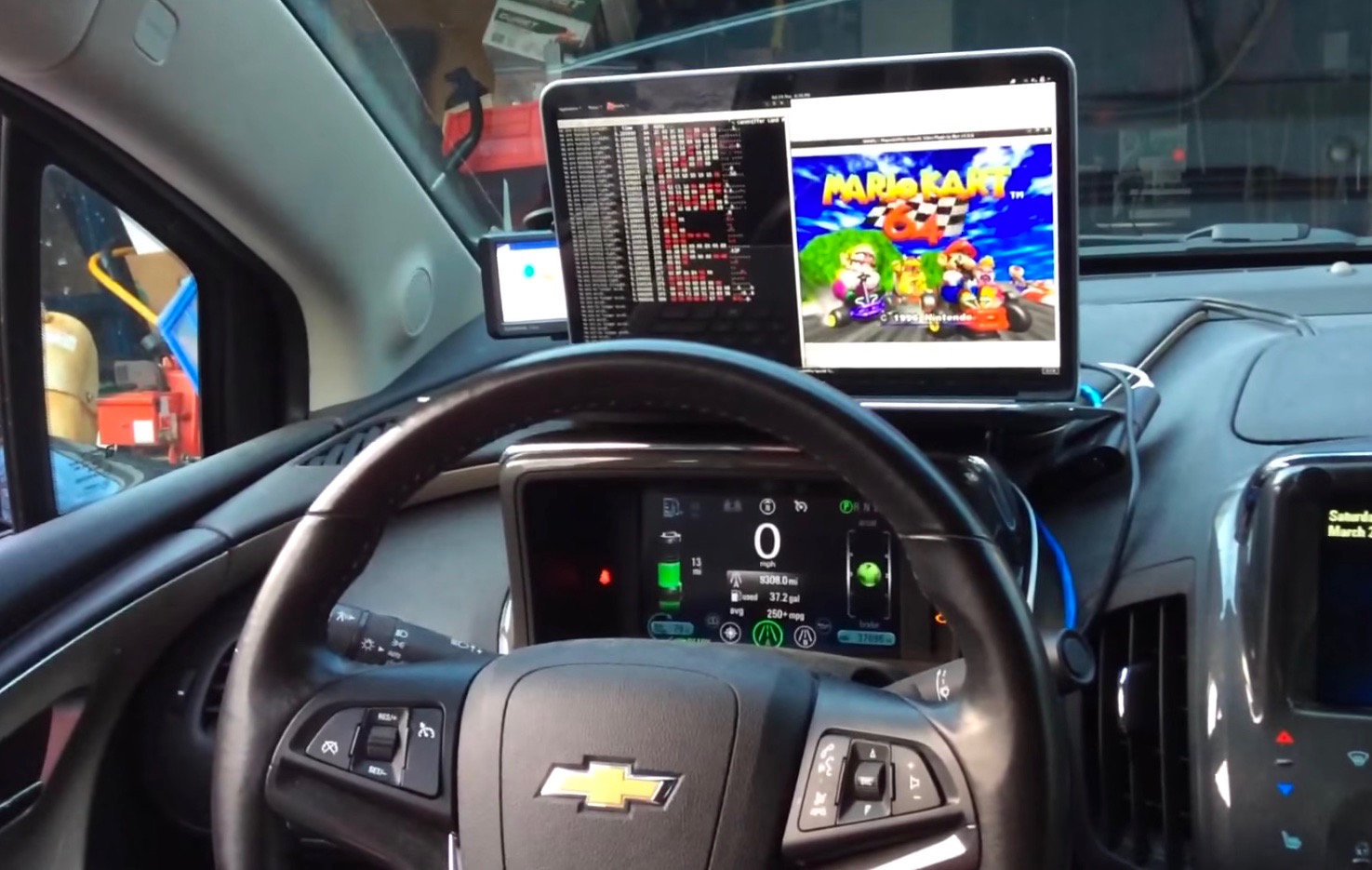 Car hacking is no joke in the automotive industry, with FCA having recalled millions of vehicles to fix an open doorway in the Uconnect infotainment system. Susceptibility to e-crims has also been found within Tesla’s Autopilot system. But, sometimes there is a lighter side to hacking too. 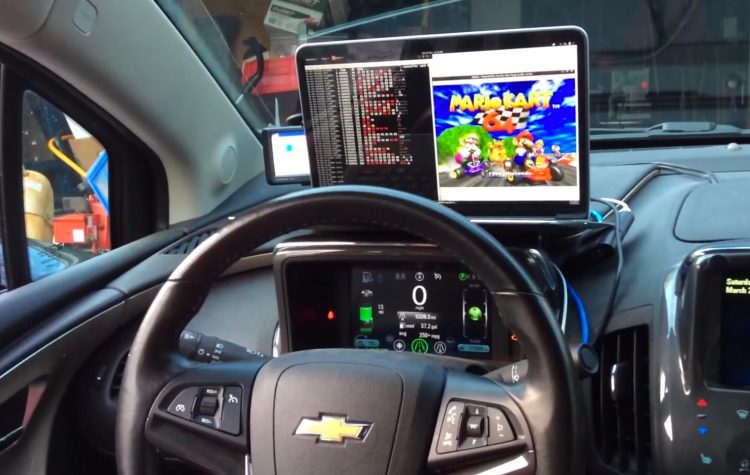 Take this bunch of three American youngsters, known as Team Catch Me If You CAN, who competed in the HackIllinois 2016 event and created the most realistic car driving simulator ever.

They took a Chevrolet (nee Holden) Volt, a Raspberry Pi micro-computer and laptops, with the finished product able to play Mario Kart 64 using the car’s actual steering wheel and pedals.

It was able to do this by reading the CAN BUS information fed from the OBD port, registering signals from the steering wheel and pedals. When stationary and with the laptop plugged in, a tablet screen is controllable by devices normally used to steer and control the car.

In addition to the primary controls of the car, activating the wipers makes the character in the game jump and the headlight switch allows the character to use their booster.

This idea is apparently compatible with any OBDII-equipped car with a CAN BUS, with an old Honda CR-V used initially to get it working, which was apparently a painstakingly long and error-laden process. Imagine if you could do this in traffic while your autonomous car deals with the stress of gridlock. Check out the video below for more insight.