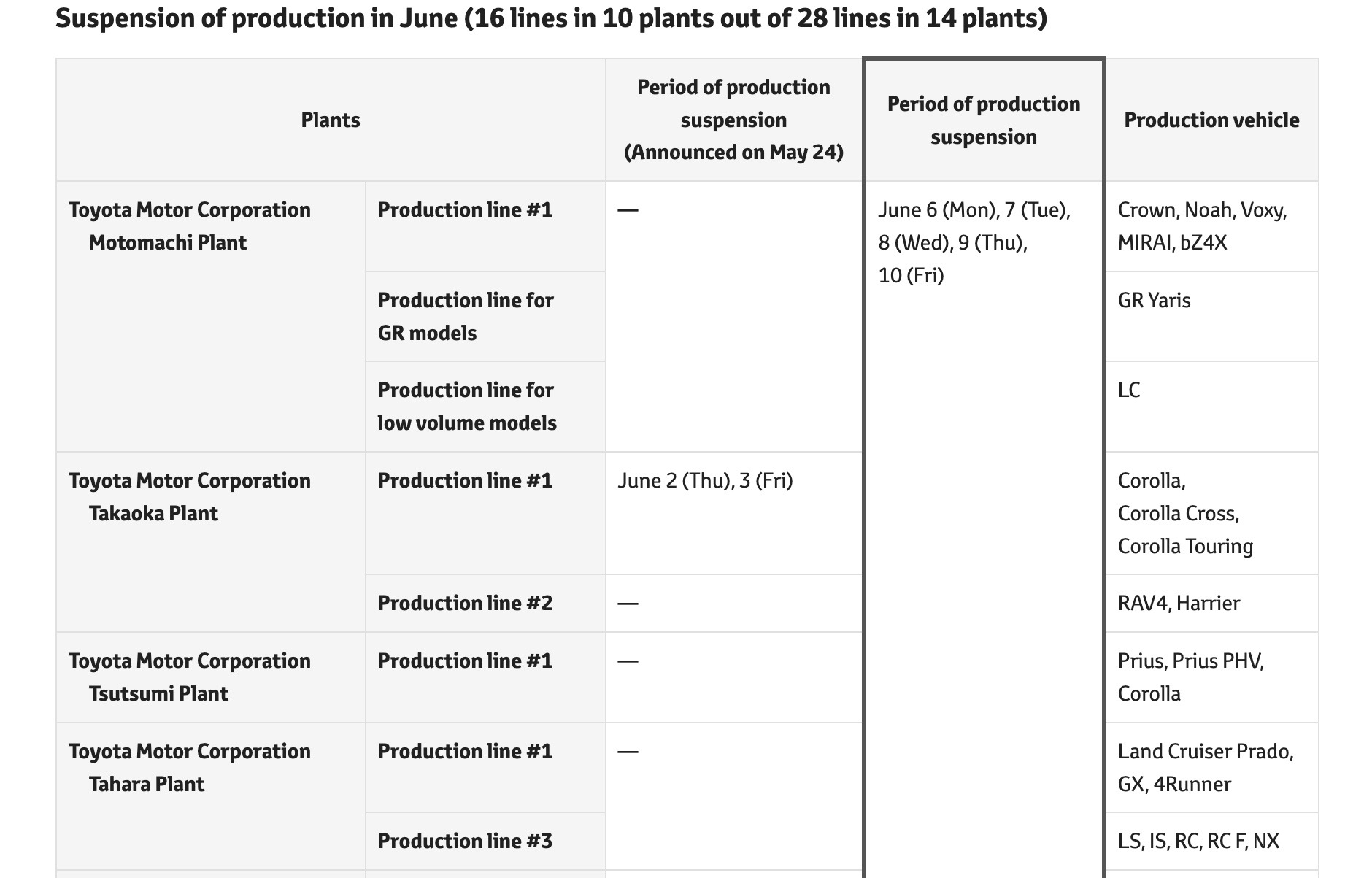 Toyota has apologised to customers after it, the world’s largest auto manufacturer, has had no choice but to slow down production for the month of June as supply chain constraints and component shortages continue to plague delivery forecasts. 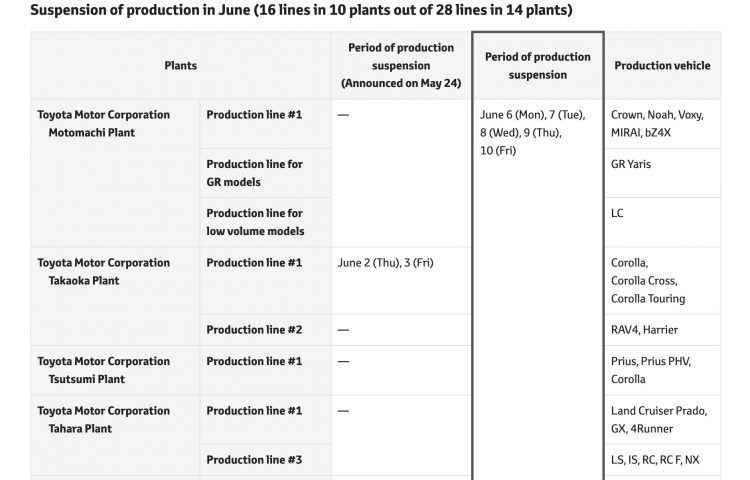 Toyota says that 16 production lines across 10 of its factories will be closed for a week in total between June 6 and June 10, which has forced Toyota to revise its production forecasts – again – by 50,000 units.

As a result, Toyota has updated its global production plan for the month of June, with the company expecting to produce 800,000 units; 200,000 for the domestic market and 600,000 units headed overseas.

Toyota expects that production will stand at around 850,000 vehicles between June and August, while aiming to hit 9.7 million units for the fiscal year ending 2023.

The company said that “it is very difficult to estimate the current supply situation of parts” and even admitted that “there is a possibility that the production plan may be lower”, in the wake of further lockdowns in Shanghai and other supply chain constraints restricting access to vital components like semi-conductors.

We reported just last month that Toyota was cutting its global production forecast by 100,000 units for the month of May, stating that a temporary shutdown would allow it to stockpile certain components. 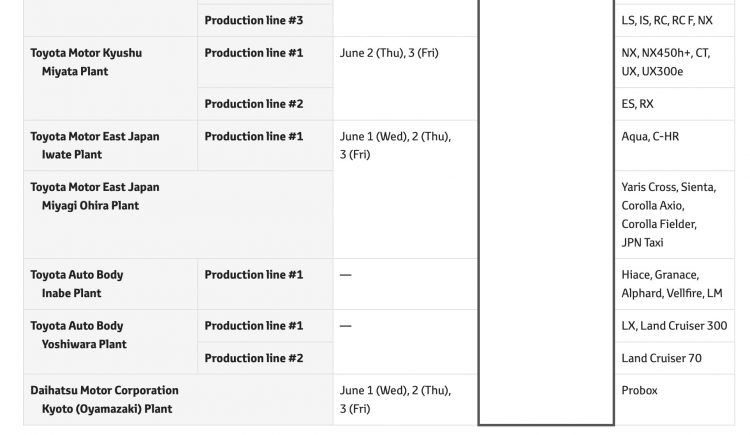 At that time, Toyota said that production for May would be around 750,000 units in total, with domestic deliveries falling by 100,000 units. Toyota said:

“It remains difficult to look ahead due to the shortage of semiconductors and the spread of COVID-19, we will continue to make every effort possible to deliver as many vehicles to our customers at the earliest date.”

Vehicles implicated in the latest production slowdown are effectively the entire Toyota showroom, with the RAV4, LandCruiser 300 and 70 Series, HiAce van, Yaris Cross, GR Yaris, Corolla, Prado and C-HR all victims of the week-long production hiatus.

Temporary production stoppages will also have an impact on deliveries of the Lexus LX, LC, NX, LS, RX and ES, the majority of which were already subject to lengthy wait times here in Australia.