The new 2013-2014 Volvo XC60 SUV has been spotted undisguised in China, revealing the facelifted styling. This is the first time the new model has been captured on camera in pretty much full production trim. 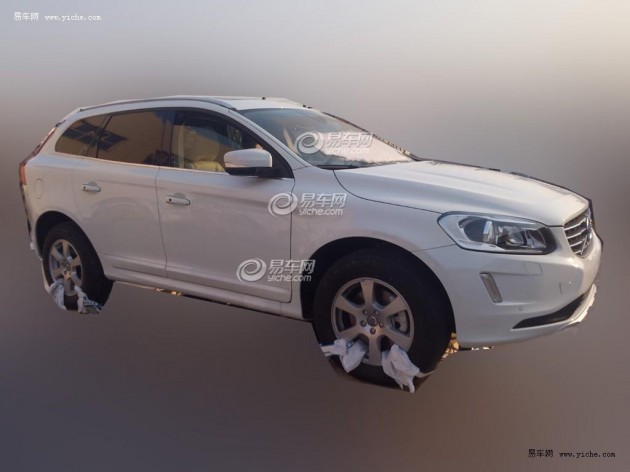 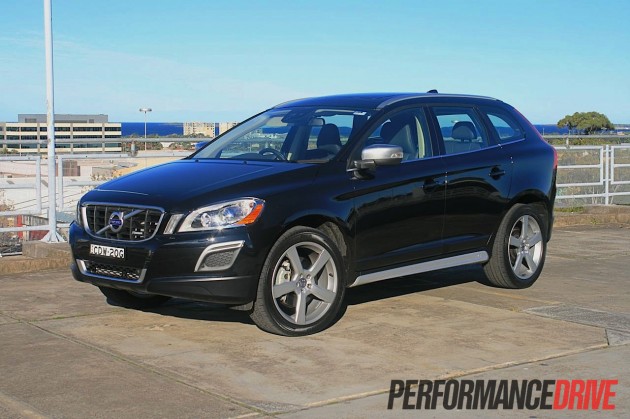 Expected to go on sale later in 2013, the fresh XC60 looks like it will come with a smoother front end compared with the current model, losing the thin string of LED lights that currently run down in between the grille and headlights. The corner clusters in the front end also appear to be smoothed over with a slim light strip in its place.

The company’s latest design theme has already been seen in previous spy shots of the 2013-2014 Volvo S80. The pre-production S80 was also spotted in China – remembering that Volvo is now owned by Chinese company, Zhejiang Geely Holding Group. 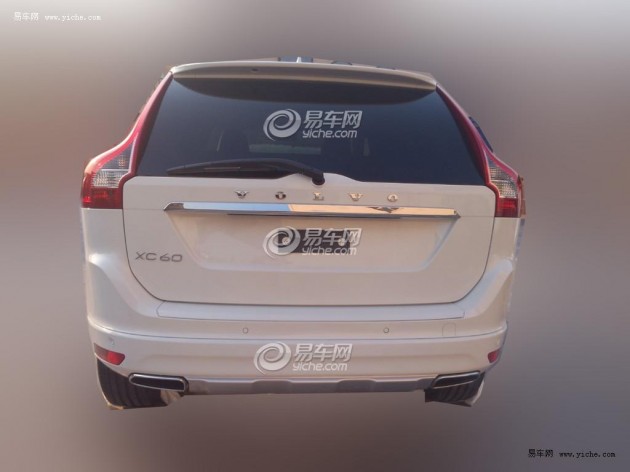 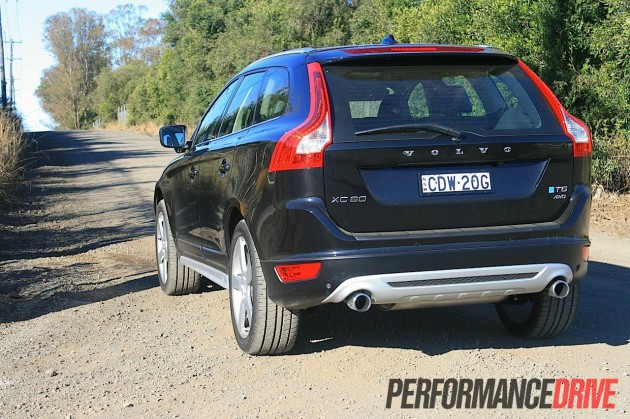 Other changes for the facelift, as revealed in these images first published by yiche.com, include a slightly revised rear end with flat new exhaust outlets, a slimmer silver diffuser section underneath, and new chrome strip along the main grab handle contour.

In terms of engine options, the new model is expected to come with the current 2.0-litre turbocharged four-cylinder petrol engine, which starts life as a Ford EcoBoost unit. A number of other four-cylinder turbo engines are likely to make up the lineup, including a diesel.

A complete four-cylinder range would fall in line with Volvo’s current plans to downsize all of its six-cylinder engines over the next seven years. The plans aim to reduce the company’s overall emissions and improve fuel economy.