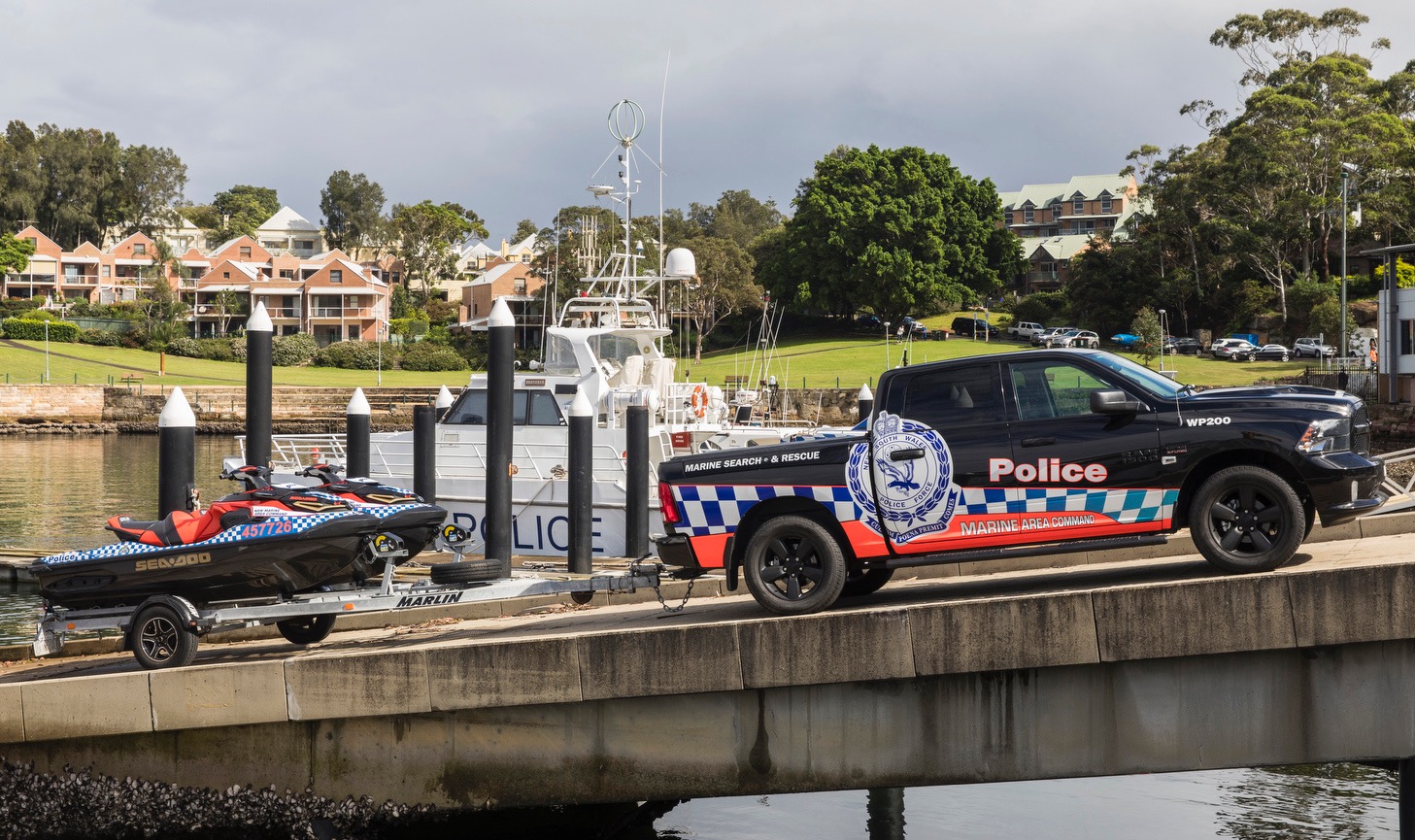 NSW Police Marine Command has welcomed a RAM 1500 duty car to its fleet, which will be primarily used to tow marine vessels to various parts of the state. 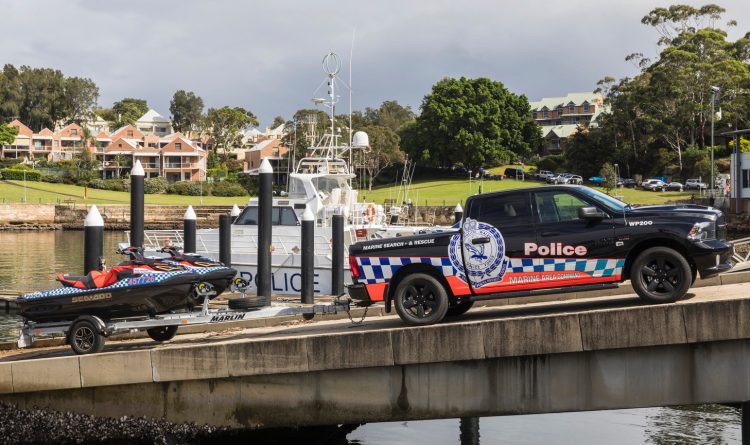 You have to admit the RAM 1500 police car does look pretty cool. It features complete police livery, however, it doesn’t include flashing roof-top lights as it is not designed for pursuit and traffic duties. Instead, NSW Police Marine has enlisted the 1500 mainly for its towing capabilities.

Unlike many of the popular diesel dual-cab ute varieties out there that have a braked towing capacity of up to 3500kg, the RAM 1500 V8 is rated at 4500kg. This should be more than enough for towing boats as well as hauling gear in the tray area. NSW Police Marine Command superintendent, Stephen Hegarty, said:

“The 4.5 tonne max brake towing is incredibly useful as it allows us to easily tow up to four jet skis at a time – or one of our bigger rigid inflatables – out to Dubbo, for example, for the Commissioner’s Rise Up youth program, compliance around boat safety on the water, or the South Coast to assist in the recent bushfire evacuations.”

Hegarty says the fact that the RAM 1500 is re-manufactured in Australia also helped persuade the decision to enlist RAM as it helps support the local industry. Some minor modifications are made to the truck for police duties compared with the regular customer-delivered models. Chief among which is a modified RamBox cargo storage system, which can now store a lockable gun box.

The RAM 1500 police truck will be based on Balmain in Sydney, however, as mentioned, it will be used to tow equipment up and down the NSW coast.