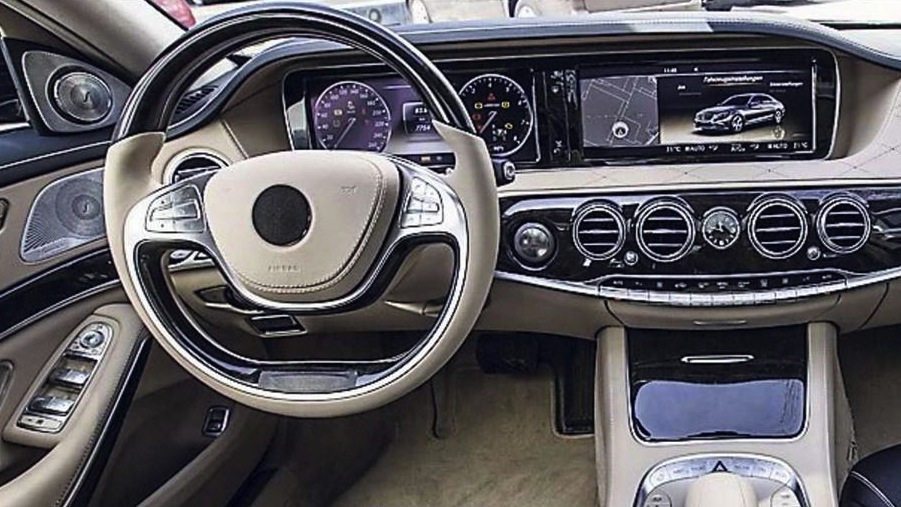 Some more images are circulating online showing the grand daddy of them all, the 2014 Mercedes-Benz S-Class. This time we get a sneak peek at the main dash area and the strange new two-spoke steering wheel. 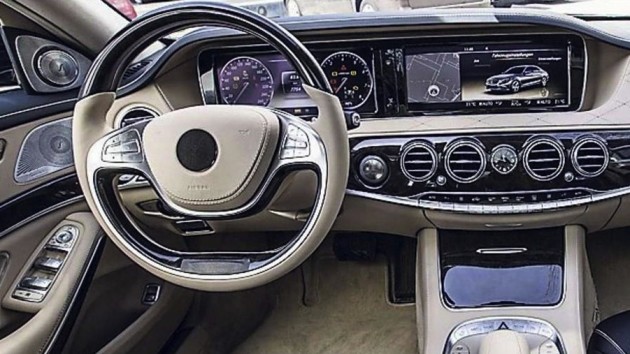 Thanks to Autobild in Germany, the stunning new dash has been revealed for the first time. It showcases a myriad of exquisite features, such as fine wood trimmings, a futuristic yet crisp arrangement of controls and vents, and two huge colour screens for the dash and completely digital instrument cluster.

This is luxury at the pinnacle level. The decor looks like it has taken inspiration from a grand yacht of some kind. It’s made up of light colours, dashes of brushed metal, and dark highlights for added contrast. 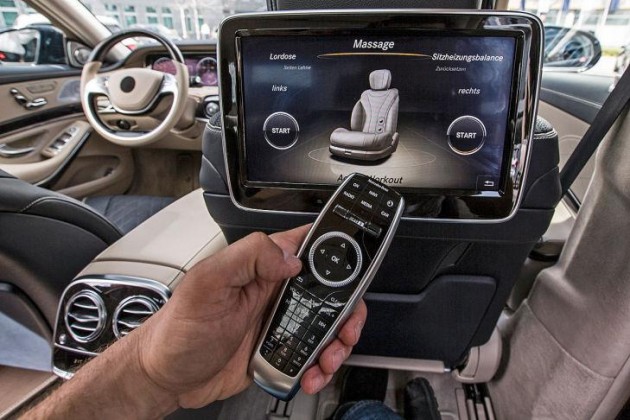 So in terms of technology what are you actually getting? It is too early to lock in definite specifics, however, by the looks of it, the 2014 S-Class will come with remote control screens for the rear, with everything from media settings to massage functions controlled via individual screens.

The rear seats also look as though they will recline for utterly first-rate first class motoring. These seats may appear on the long wheelbase version only. 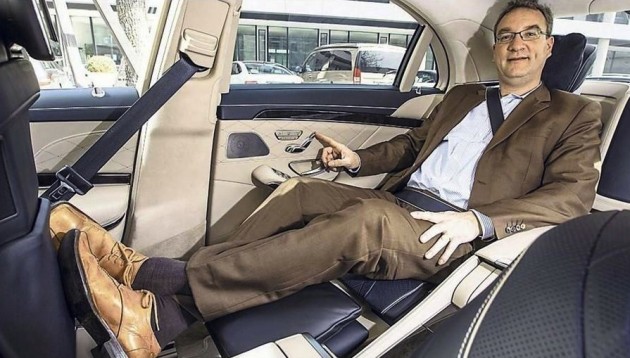 Of course, AMG versions are also likely to join the range a little further down the track, offering around 426kW in the twin-turbo V8 S 63 and as much as 485kW for the twin-turbo V12 S 65 AMG.

The 2014 Mercedes-Benz S-Class will be officially unveiled on May 15. Stay tuned for all the details.