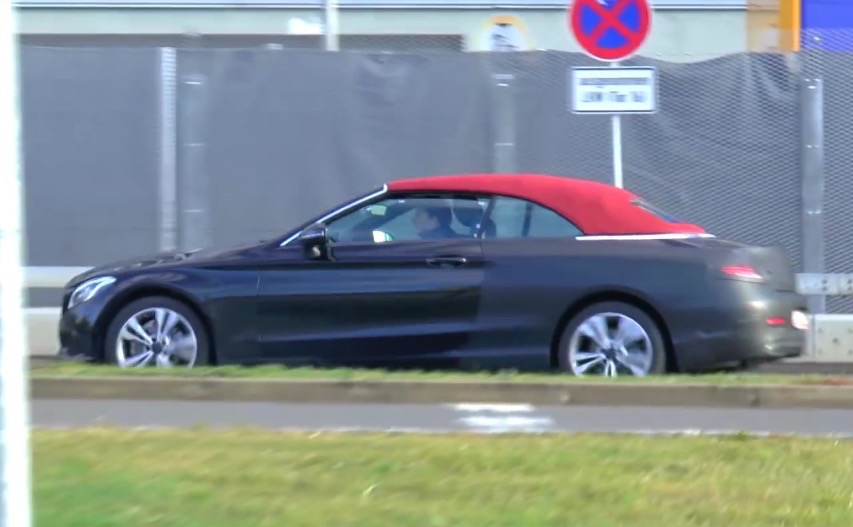 Following a preview sketch of the new C-Class Cabriolet earlier this week, Mercedes-Benz has now been spotted test driving a near-production prototype out and about in Germany. 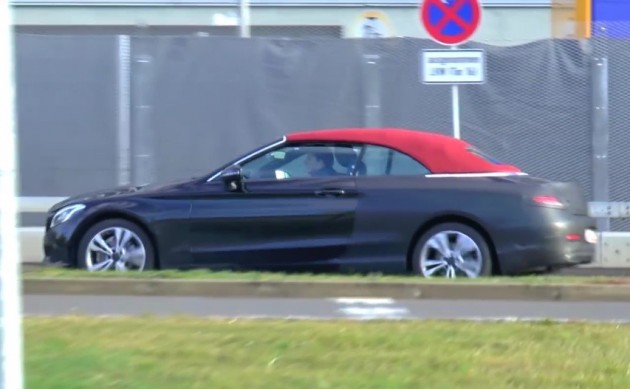 The prototype sports a fetching red roof, confirming the new drop-top C-Class will come with a folding fabric roof and not a folding metal type. It’s believed buyers will be able to option for various roof colours to suit their tastes.

Speaking of options, the new C-Class cabrio is expected to be offered with a suite of personalisation parts and accessories, helping the four-seater stand out in the diverse market segment. Audi and BMW offer similarly-sized four-seat drop-tops, all with their own unique qualities.

With the prototype we also get a decent look at the new rear end with its flush-like taillights. These appear to give the humble C-Class a real classy look, matching the rounded and sophisticated front end which is set to be essentially the same as the sedan.

As previously reported, the cabrio is likely to be offered with a similar lineup of engine options as given in the C-Class sedan and coupe. From eco-focused turbo-diesel units to a twin-turbo V6 churning out upwards of 270kW, customers are set to be spoiled for choice.

A super-hot C 63 AMG version is also anticipated to arrive later down the track, pairing the company’s 4.0-litre twin-turbo V8 with open-air motoring. It’s unknown if it will be offered in both standard 350kW and 375kW ’S’ forms, or just one.

All will be revealed at the 2016 Geneva Motor Show which starts on March 1. Click play below for a taste of what to expect.