An official image of the upcoming Mercedes-Benz CLS Shooting Brake has been leaked online, showing the full detail of the sleek new CLS four-door coupe-based wagon. 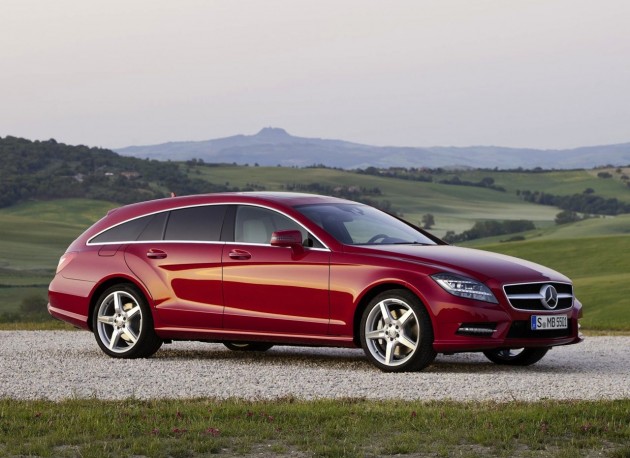 The CLS Shooting Brake debuts in two different turbo-diesel forms, before higher performance versions – including an AMG twin-turbo V8 – hit the market later down the track. 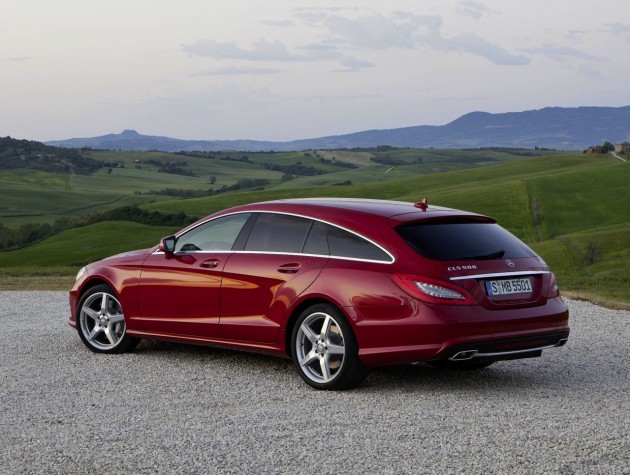 As for the styling, the CLS Shooting Brake carries on the elegant sweeping theme as seen in the coupe/sedan. It features thick rear pillars and an curved side window profile.

Inside showcases a five-seat layout, unlike the four-seat sedan, with a large cargo area in the back finished in fine wood. Cargo capacity is rated at 590 litres, or 1550 litres with the rear seats folded down. 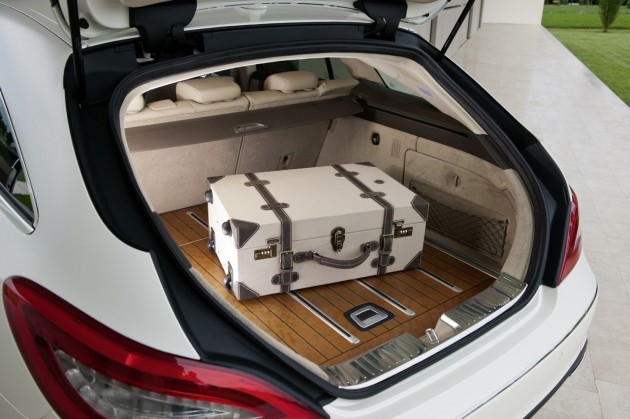 The new model is set to be officially unveiled at the 2012 Paris Motor show in September, before hitting international showrooms in November. As for Australia, we will get the new model, but it is yet to be confirmed whether or not we will get it by the year’s end.

UPDATE: Mercedes-Benz has officially revealed the new CLS Shooting Brake. The above specifications information was correct with the 250 CDI and 350 CDI. Official details are as follows.

We’ll keep you updated in regards to the Australian launch and specifications.