Hyundai and Rhys Millen Racing (RMR) have revealed their new 2013 Hyundai Genesis 600hp drift car which will compete in the 2012 Formula Drift series. 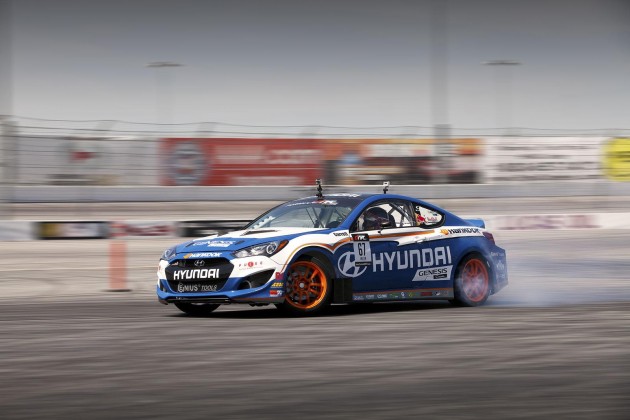 The new drift car is based on the facelifted Genesis Coupe, featuring various revisions to suit serious drift work. Under the bonnet sits a race-prepared engine of undisclosed capacity, producing 447kW of power. It matched up to a heavy-duty drivetrain and transmission.

Steve Shannon, vice president of marketing at Hyundai Motor America, recently spoke about how the Genesis fits into the series. He said,

“Formula Drift is the best race-fan oriented example of extreme car-control driving. It’s also the best competitive arena for us to highlight the rear-drive power and handling finesse of the new Genesis Coupe.” 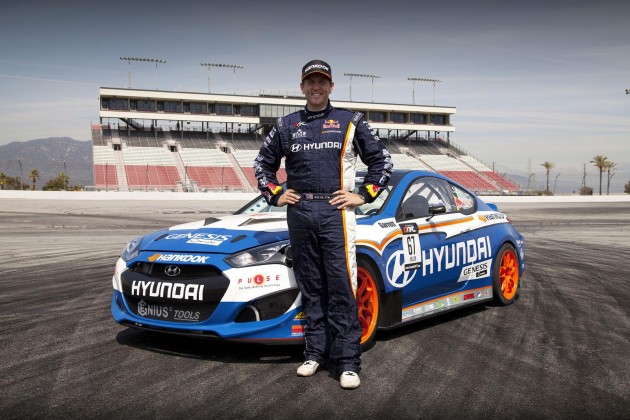 “The refreshed 2013 Genesis Coupe with direct injection and twin-scroll turbocharger technology leverages the proven performance of Hyundai’s rear-drive coupe, making it a perfect choice for anyone interested in competitive driving events.”

The 2012 season has already kicked off, and will include the following schedule: