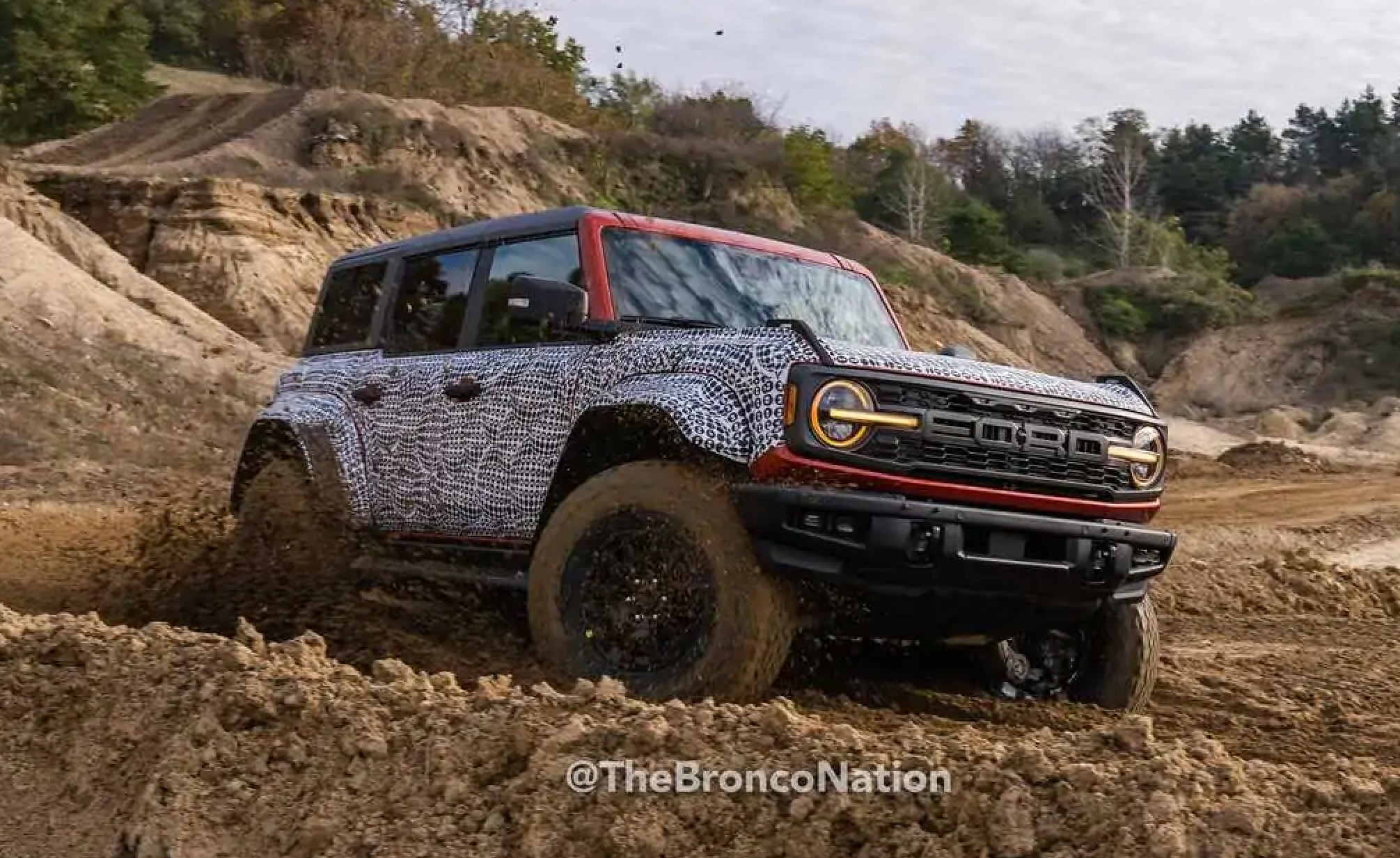 There’s a Ford Bronco Raptor in the works, and Ford has sent out an official teaser video to prove it. It’s expected to bring across all of the tough, go-anywhere attitude and capability from the F-150 Raptor and Ranger Raptor, only in a wagon-like SUV body style. 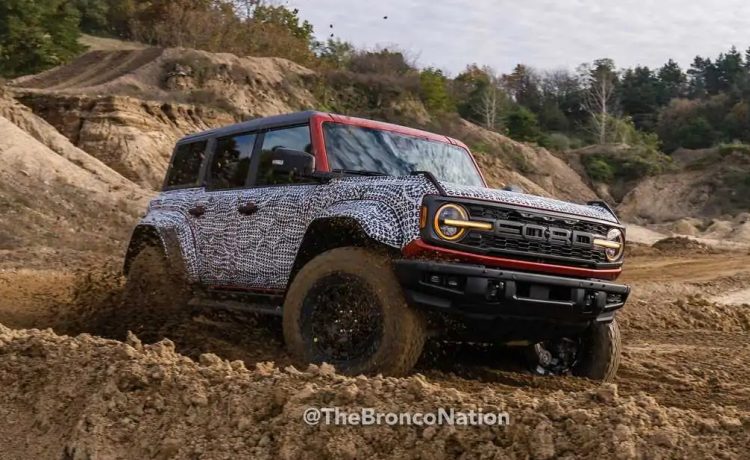 The new Ford Bronco is already categorised as one of the most off-road-capable production cars ever. Buyers can option for a range of impressively hardcore accessories too, so it really pushes the boundaries in the rough stuff.

But soon there will be a new flagship Raptor variant, which will no doubt come standard with a range of tasty items and specialist equipment. Pumped wheel arches and huge tyres are evident in these official images by TheBroncoNation, along with serious suspension upgrades and improved ground clearance and approach and departure angles. 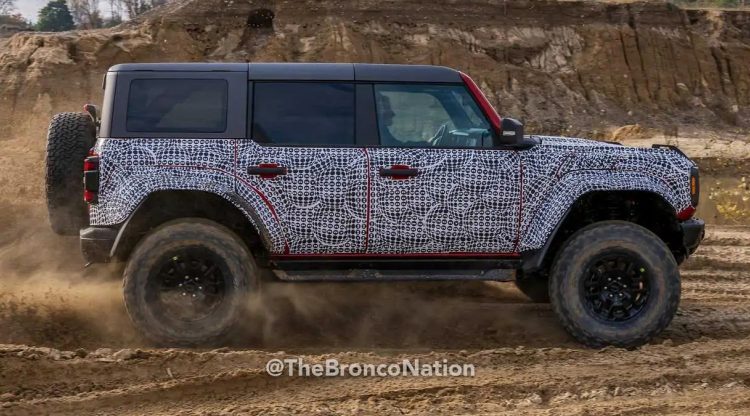 Power is also expected to be boosted. According to reports the Bronco Raptor will receive power from a tuned 2.7-litre EcoBoost V6 producing more than the standard 231kW, or a 3.5-litre EcoBoost unit developing around 270kW. There’s also rumours of a 3.0-litre unit generating around 300kW.

Managing the lift in power will be some heavy-duty axles front and rear, while all protected by thick under-body plates. A 10-speed automatic transmission is likely, along with a dual-range transfer case and of course locking differentials. 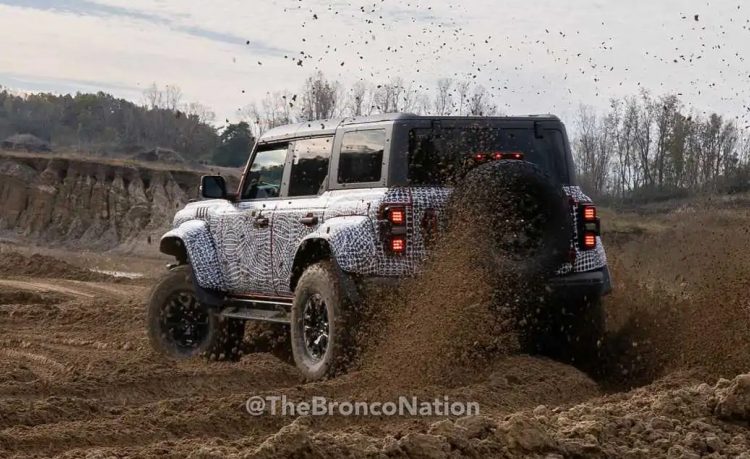 Lastly, the styling will no doubt be bolstered, with special Raptor badges, unique alloy wheels, and probably some distinct colour options helping it stand out against the rest. Some sports seats and special touches inside are also likely.

Ford is set to unveil the Bronco Raptor some time next year. Like with the regular Bronco, there isn’t much chance of an Australian introduction any time soon, unfortunately. Check out the quick teaser video below for a preview.